Android P comes with a handful of visual changes and updates, many of which are borrowed from iOS, with little by of groundbreaking features

It's finally here!  The next milestone update for Google's Android operating system is finally available for download. While it may get Android smartphone owners excited, this one's only available for Pixel smartphone owners. Yes, you read it right, an ArsTechnica report confirmed that Android P will not be arriving on the older Nexus devices like the Nexus 5X, 6P and the Pixel C tablet.

Android P comes with a handful of visual changes, and is not the massive Fuchsia revamp that many have been expecting, so for those who own a Pixel smartphone, the changes will be subtle overall. 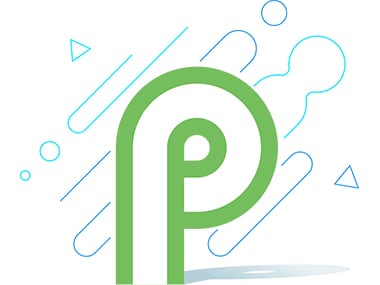 The Android P Developer Preview is out for Pixel devices

With the bad news about device support out of the way, here comes the rest of the news.

This is a "Developer" Preview, so your only takeaway as a consumer are the new features that you will be able to experience in the upcoming Public Beta Preview of the same.

The early build did not arrive as an over the air (OTA) update for users who are a part of the Android Beta Program. So it's wise to stop checking your smartphone for software updates.

The only way to get onboard is to unlock your Pixel smartphone's bootloader and then flash the ROM in the steps we have mentioned in our installation guide.

If you have decided to take the plunge, you also have to remember that this is one of the first developer builds, meaning that you can expect plenty of bugs in day to day usage. Developer builds are not stable and are primarily for use by developers so that they can ready their apps by the time the retail build arrives for consumers. What they do reveal are some of the new and unfinished features that consumers can expect to see in the next retail milestone update.

The Notifications Panel now looks a lot different, even when compared to the most recent Android Oreo builds on Pixel smartphones. A lot has changed visually, with Google going in for its popular card-like layout with rounded corners for each notification. The whole panel gets a spartan white treatment and you notice this when you drag down the tray from the notifications bar.

What you see is a minimalist looking card with the usual Wi-Fi, Bluetooth, DND, Airplane mode toggles with a tiny notch that you can pull down to reveal more toggles. Above the toggles, things are pretty clean as well, with just the status icons like network strength bar, Wi-Fi, DND symbols and more. There's not even a time or battery indicator visible when you pull down the tray. If not the battery, we should at least expect the time to show up in future builds. You can now view your conversation threads within notifications.

Google seems to have taken an iOS-like approach to notifications with Android P. While iOS lets you scroll through an entire conversation from a drop down iMessage notification by simply tapping to expand it, Google now lets messaging apps show more about the conversation in the notifications tray itself. Users will have to simply tap to type and react without the need to jump into an app.

As seen in a previous reports, Google's new machine learning enabled 'Reply' feature will come built right into the notifications tray. It will let you react and reply to chat messages with a single tap by suggesting smart replies depending on the received message. Google has embraced the notch

As with every other smartphone launch witnessed at this year's Mobile World Congress, consumers can expect to see a notch in the displays of their future smartphones. Introduced by Essential and made popular by Apple, the notch is here to stay whether you prefer one or not.

Google has seen the writing on the wall, and rather than fight it, has decided to embrace the notch. Android P will now support display notches in varying sizes and widths. Let's hope the Vivo's Apex design idea becomes more popular and we don't have to bear with that unsightly, and unnecessary, add-on. The acceptance of the display notch could also hint at Google's future plans to incorporate the same in one of its upcoming Pixel devices.

And with the notch comfortably eating up display space in the top center (which is where the notifications tray resides) there's little space for what can be displayed up there. Google's solution for now is to simply move the clock to the left and move the status icons to the right. Simple? Yes! Practical? Not exactly, as it remains to be seen how the status bar deals with all those notification icons when they pile up. With Android P, users will also get more media playback support with the HDR VP9 Profile 2 codec now in the list of supported formats. The new codec will make it more efficient to deliver HDR video from video streaming services like YouTube and others. Also added is support for the HEIF image format, which Apple introduced in iOS 11.

The upsides to storing image files in HEIF as opposed to standard JPEG include lower file sizes and better support for HDR and high resolution images. High Efficiency Image Format (HEIF) can store double the information compared to a JPEG file of the same size. This also means that you can store double the amount of photos in the same storage space on your Android smartphone. All of this sounds great, but it only works when developers and services that develop apps begin to support the same and move up from JPEG.

Yes, Android P will also bring support for multiple cameras that can be used at the same time. While we already have dual front and rear cameras on smartphones, Android only allows for streaming data from two of them at a time. The new Multi-camera API allow apps to access data coming from two or more physical cameras all at once."On devices with either dual-front or dual-back cameras, you can create innovative features not possible with just a single camera, such as seamless zoom, bokeh, and stereo vision", reads the developers blog. We think this will benefit AR more than anything else.

With 10 nm chips on most flagship smartphones these days, battery life seems to be more than enough to get us through a day. It turns out Google has been working on its older features to refine the Doze, App Standby and Background Limits that should see even more power savings on currently available Pixel models.

It's still unclear why Google went in for the Pixel's new Product Sans Font, but if the first builds of Android P are any indicator, the new fonts have made their way into more places. Still, we're hoping that Google sticks to one font, to make the experience more consistent, more so because Roboto is getting a bit too old now. 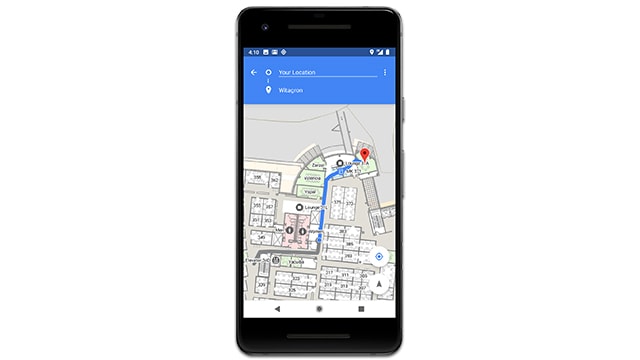 Indoor navigation support might be arriving with Android P

While navigating the great outdoors and the urban landscape is no more a challenge thanks to Google Maps, indoors it's still a problem. Google is working to make indoor navigation easier to pull off for developers by adding platform support for IEEE 802.11mc Wi-Fi protocol, also known as Wi-Fi Round Trip Time (RTT). What this does is that it lets developers use Wi-Fi to offer indoor positioning, letting end users navigate through mall floors and other indoor environments with ease. If you are worried about privacy, Google has made it clear that only your phone will be able to determine the distances, and not your developer or service. If all goes well, Google Maps users could be the first to taste the fruits of all these efforts.

For those of us who have the privilege of using Android Oreo (not many of us do) may have had a chance to experience the autofill feature that makes filling forms in apps a lot easier. Google's engineers have been working on refining the same and the feature is now supposed to be backwards compatible as well.

After making a splash on iOS, screenshot editing has finally come to Android.  Thank God for that! Called Markup, the tool will allow you to take screenshots and edit them to your heart's content. Once you are done adding all those arrows and circles, you can share the same directly from the 'Markup' tool.

While you can already control the devices that are connected using Bluetooth to your smartphone, Android P makes it even easier to access those controls instead of opening the notifications panel and pressing down on that Bluetooth toggle. Simply tap the volume slider and instead of the usual volume scrubbers that show up, you now have an intuitive volume control pop up menu that even allows you to change the media output by tapping on those tiny arrows and tap to open up a bigger pop-up menu that lets you disconnect from certain devices.

Android P introduces some new transition animations, which are visible when switching between apps, opening menus, etc. These will, hopefully, add some more refinement to the design.

Among the many features that Android P is borrowing from iOS are two very useful ones for editing and reading text. Long-pressing on text now throws up an option to "Search the web", and the design of the menu has been refined. The second feature is a text zoom function that magnifies text in the immediate vicinity of your cursor.

Another feature is auto-rotate for all apps regardless of whether the feature is enabled or disabled globally. You simply get a new toggle in the nav bar when you rotate your screen, allowing you to rotate your app even when auto-rotate is disabled.

So that's the short list of the many new features to come to Android P. While most of us will have to observe these features as spectators, many brave souls will sacrifice their devices until they switch back to their retail builds after getting tired of those nasty bugs. It's wise to note that there is a good possibility that some of these fancy features may not end up looking the same in terms usage or appearance, or may even be pulled down in later builds. At the same time, more features are expected to arrive so that should keep things exciting over the next few months.

Budget 2022 must walk the talk on women and children’s health, not just pay lip service