Amazon CEO Jeff Bezos, during his visit to India, has announced that the company will soon be rolling out electric delivery rickshaws in the country. 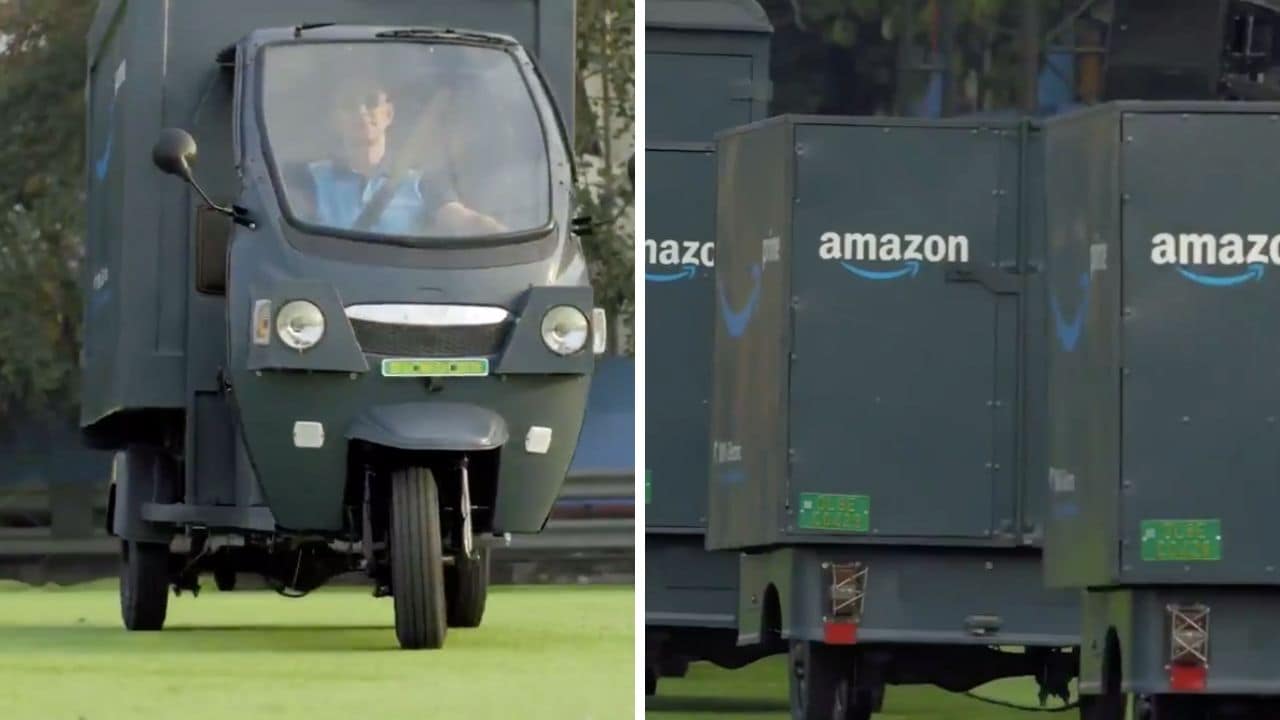 Bezos made the announced the same in a Twitter video on Monday, which shows a full fleet of electric rickshaws that will be used by the company for order deliveries.

The fleet of electric delivery rickshaws is part of the company's climate pledge. In the tweet, Bezos wrote that these rickshaws will be fully electric and have zero carbon emissions.

Previously, Amazon Chief Executive Officer Jeff Bezos has pledged to make the e-commerce giant net carbon neutral by 2040 and has said it will buy 100,000 electric delivery vans from US start-up Rivian.

Cutting emissions is a challenging goal for Amazon, which delivers about 10 billion items a year and has a massive transportation and data center footprint.

In September, Bezos said that Amazon would use 100 percent clean energy by 2030, up from 40 percent.

Last week, Bezos was in India for a three-day visit, during which he attended a company event and met some senior government officials.