Among Flipkart, Snapdeal, or Paytm Mall, Amazon is the first e-commerce platform to support Hindi.

Amazon.com on 4 September launched a Hindi version of its mobile website and app for Android smartphones in a bid to make deeper inroads into India’s fast-growing e-commerce market, stepping up its battle with Walmart’s Flipkart unit.

None of India’s other leading e-commerce portals—Flipkart, Snapdeal, or Paytm Mall—currently have a local language version of their apps or websites, and the move to launch a Hindi app and website could give Amazon access to tens of millions of new customers in India’s small towns and villages. “What we believe is, Amazon.in in Hindi is a critical step to actually address the next 100 million customers,” Manish Tiwary, Vice President, Category Management at Amazon India told reporters at a news conference.

Amazon is looking to win over the next 100 million customers in the country, its India head Amit Agarwal told Reuters in April. The country’s e-commerce market is tipped to grow to $200 billion in a decade, according to Morgan Stanley. 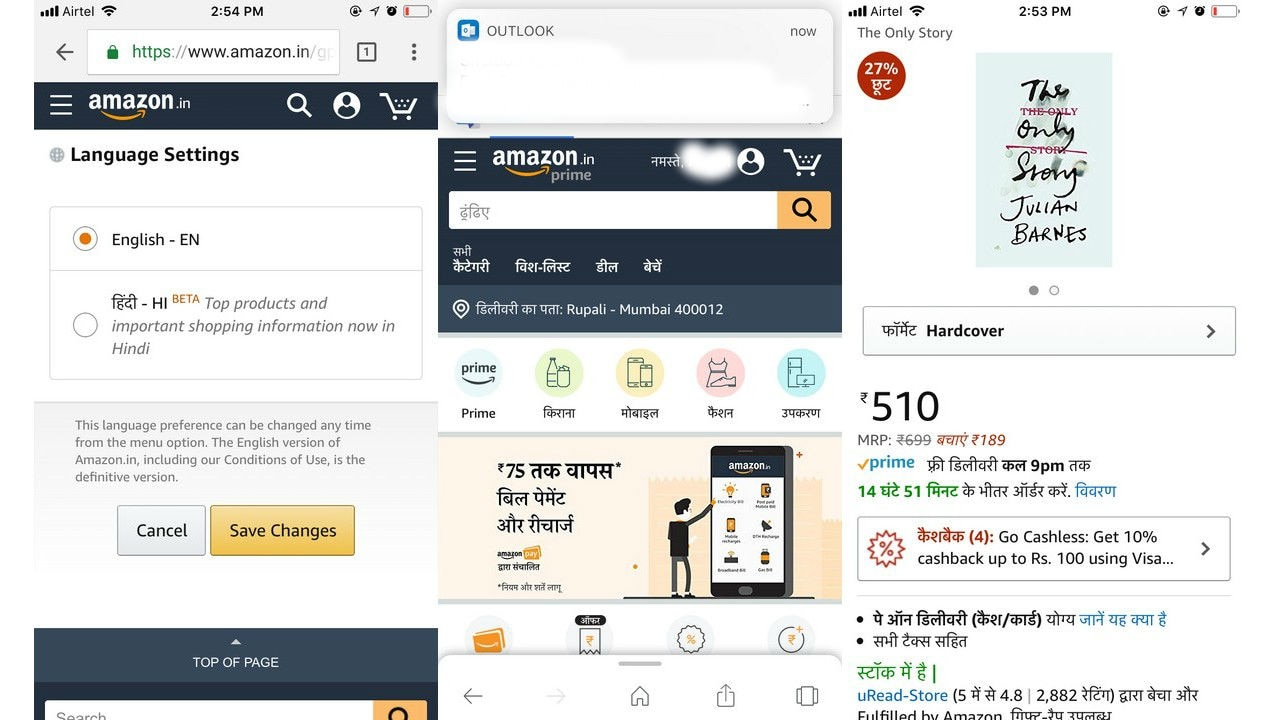 You can now browse the app in Hindi, but it shows that it is in beta stage.

Flipkart, along with its fashion units Myntra and Jabong, is slightly ahead of Amazon in India’s online retail, according to Forrester estimates.

Amazon also has plans to support more local Indian languages on its shopping app and mobile website and will also extend the service to mobile platforms beyond Android, said Kishore Thota, Amazon India’s head of customer experience and marketing, without giving a timeline.