Ahead of the launch, Xiaomi Redmi 5 and Redmi 5 Plus price tags revealed on e-commerce website

The Redmi 5, on the other hand, is a 2GB RAM variant with 16GB internal storage. Image of the Redmi 5 and Redmi 5 Plus were revealed days ahead of its 7 December launch. The listing on AliExpress shows both smartphones with very little bezels and these look similar to the images revealed by Xiaomi global spokesperson, Donovan Sung a few days ago. Both the new smartphones will be available in Pink, Gold, Blue, and Black. According to the listing, Redmi 5 Plus comes with 3 GB RAM and 32 GB internal storage.

The Redmi 5, on the other hand, features 2 GB RAM variant with 16 GB internal storage. Contrary to this, the TENAA listing shows Redmi 5 to be available in 3 GB+32 GB and 4 GB+64 GB. 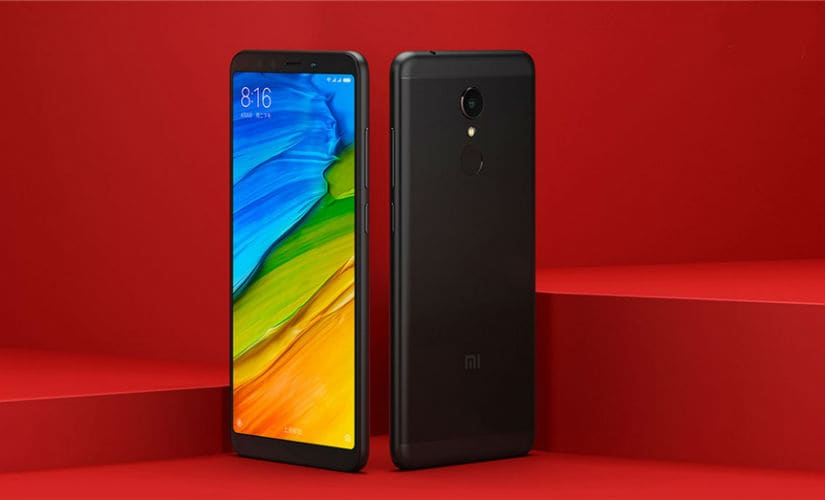 As per the pictures, both the phones come with a fingerprint sensor at the back.  And both are powered by Android with Xiaomi's MIUI skinning.

As said before and now in the listing also, the smartphones would sport an 18:9 aspect ratio.

According to TENNA listings, the Redmi 5 phone is expected to come with a 5.7-inch HD+ display (1440x720 pixels). The Redmi 5 Plus is expected to be bigger than this. In case of the camera, Redmi 5 will sport a 12MP rear camera and a 5MP front-facing camera.

Recently, Redmi 5A was launched in India. The smartphone will go on sale on 7 December. The latest smartphone, which comes with MIUI 9, would be available in Mi.com, Mi stores in New Delhi and Bengaluru,  and on Flipkart as well. Dubbed 'Desh Ka Smartphone', the Redmi 5A is offers a 3,000 mAh battery. It comes in two variants. One is 2 GB RAM and 16 GB variant, the other is a 3 GB RAM and 32 GB variant.