CUP has blocked online access in China to hundreds of scholarly articles and book reviews on Chinese affairs after coming under pressure from Beijing.

Cambridge University Press, one of Britain's most respected academic publishers, has blocked online access in China to hundreds of scholarly articles and book reviews on Chinese affairs after coming under pressure from Beijing. 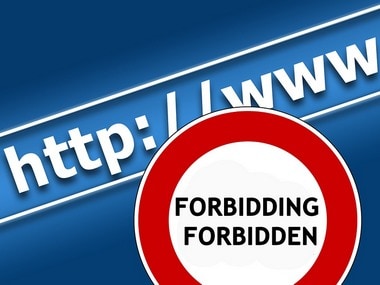 The articles were published in the China Quarterly, a leading academic journal on Chinese affairs that has been in print since the 1960s, and covered a range of topics deemed politically sensitive by the Chinese government.

The publisher said in a statement on Friday it had complied with an instruction to remove the content so that its other academic and educational materials would remain available in China. It would not proactively censor content, it said.

President Xi Jinping has tightened China's already strict censorship since coming to power in 2012 as he seeks to cement the Communist Party's grip on power.

Foreign news is regularly censored or blocked in China, but it is unusual for academic journals, which have relatively limited readership, to face such scrutiny.

China Quarterly editor Tim Pringle wrote in a letter sent to the journal's academic board that China's General Administration of Press and Publication (GAPP) had sent CUP, via its importer, a list of more than 300 China Quarterly articles "to be pulled" from its website in China.

The letter said a similar request was made of CUP a few months ago regarding "over a thousand" e-books.

Pringle, an academic at London University's School of Oriental and African Studies, said the journal would strive to ensure that its articles reach as wide an audience as possible, and would work to safeguard academic standards.

"We note too that this restriction of academic freedom was not an isolated move but an extension of policies that have narrowed the space for public engagement and discussion across Chinese society," he said in a statement.

Neither CUP nor the China Quarterly letter said when the articles were blocked. The copy of the letter seen by Reuters was undated, but Thomas Heberer, of the University Duisburg-Essen in Germany, who is a board member, said it was sent out on Thursday.

CUP said in a statement it was "troubled by the recent increase in requests of this nature" and planned to raise the issue with "relevant agencies" at the Beijing Book Fair next week.

"We are aware that other publishers have had entire collections of content blocked in China until they have enabled the import agencies to block access to individual articles," it said. "We do not, and will not, proactively censor our content and will only consider blocking individual items (when requested to do so) when the wider availability of content is at risk."

The publishing business of the elite Cambridge University, CUP is the world's oldest publishing house, according to its website, tracing its history to the 16th century.

The letter said inquiries by China Quarterly suggested that it was "the only major China studies journal to be subject to these measures but it is likely other journals will be affected in the near future".

Calls to China's State Administration of Press, Publication, Radio, Film and Television, which oversees GAPP, were not answered and there was no immediate response to faxed questions.

Qiao Mu, a media researcher and former professor at Beijing Foreign Studies University, said he was not surprised and noted that censorship was the norm.

"In the old days restrictions were usually looser for academia, but now it is also tightening up. Social science study in China has stalled for many years. It is all results of censorship and information control."

Restrictions on what academics and students can say are nothing new in China. Curricula and speeches at universities are tightly controlled by the government, fearful of a repeat of the pro-democracy demonstrations in 1989 that were led by students.

Many foreign universities have nonetheless rushed to establish partnerships with China to try to tap its growing demand for Western-style education. Critics fear the universities may be compromising academic freedoms to gain access to the China market.

Victor Shih, an associate professor of political economy at the University of California San Diego, who has had two articles published in the China Quarterly, said he expected more censorship to come.

"I think it's the first move among many that are still to come as China tries to completely censor all kinds of media content. But I think moves like this shoot themselves in the foot."