Honda planning to bring a new compact SUV based on Amaze platform: Report

Yoichiro Ueno, MD of Honda Cars India, said his vision is to take this share to 10% in the future, and SUVs can play a critical role in achieving that.

Japanese automobile manufacturer Honda is rethinking about bringing changes to its small car segment after the limited success of the same in India. The company is planning to bring an SUV in the place of the Amaze and Brio. 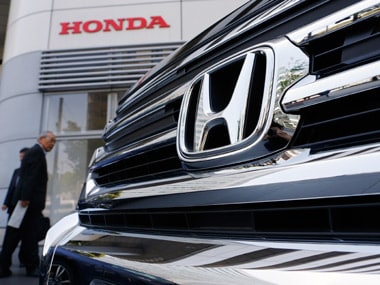 Honda is India's fourth largest car brand with a market share of 5.55 percent. According to a report on Economic Times, Yoichiro Ueno, MD of Honda Cars India is planning to take the market share up to 10 percent in the future and believes that SUVs can play a critical role in achieving the target.

The company recently launched the revamped 2018 Honda Amaze at Auto Expo 2018. The new 2018 model of the Amaze is based on an all-new platform code-named as 2UA. The car's design is inspired by the company's famous model, the Honda City.

The new SUV expected to be introduced by the company will put the new-gen Honda Brio on the back-burner.

According to the report the MD said “We prefer the SUV space to small cars. The SUV is a growing segment in India, it offers more potential than a small car in the current context. We are studying multiple SUV options on the new Amaze platform." The report also mentions that the utility vehicle accounts for 25 percent of the overall market and the compact SUV space within the segment is growing at over 25-30 percent over the past few years.

The new SUV to be brought by the company is expected to take on the existing SUVs such as Maruti Suzuki Vitara Brezza and Hyundai Creta. BRV and Mobilio which were specifically developed for the South East Asian market couldn't get the expected response from the customers. The company is also reported to have discontinued the Mobilio MPV and the volume of the BRV seven-seater SUV have also dropped to 800-1,000 a month.

The better than expected response received from the Honda's compact UV WRV prompted the company to look at the dedicated SUV option for the market. The company is also studying the possibility of bringing in HRV premium SUV for the domestic market.