New Delhi: To achieve the dream of an accessible and inclusive India, it is important to provide its women and differently-abled with equal opportunities, paralympian Deepa Malik has said. 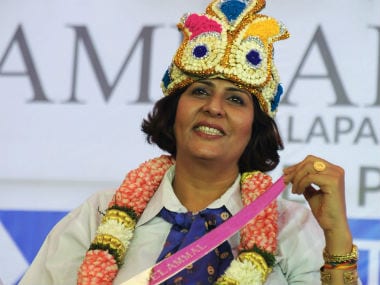 Malik, who is the first Indian woman to have received a medal at the Paralympics said instead of restricting women and the differently-abled within the four-walls of their houses, they should be provided with opportunities and the freedom to chase their dreams.

"Giving them opportunities and freedom is important. Growth of a nation can be measured by how its women and differently-abled people are treated.

"Instead of asking them to stay back, we must create a safer and more respectful environment for them," the award-winning athlete said.

Having won a silver medal at the 2016 Summer Paralympics for shot put, Malik is the oldest paralympian at 46.

After being diagnosed with a cyst in her spinal cord, which led to 20 surgeries, Malik was eventually left paralysed below the chest.

"After some 20 surgeries I went through strenuous rehab for two-three years. Then I started walking, became a biker, played state level basketball and also turned a cricketer.

"Then doctors told me I will be paralysed below (the) chest and will never walk again," Malik said.

After the paralysis, only her arms are functional with a little strength in the neck. In the absence of any control over her body temperature, bladder and bowel movements, she has to measure and watch "every drop of water and food" that she consumes.

However, it has not kept her from being optimistic.

"I know all of this sounds too much. But I am glad that despite all the medical conditions, I know I still look hot," she quipped.

Malik, who was awarded the Padma Shri earlier this week, said it was important that the society breaks taboos around disabilities and create an inclusive space.

"Instead of questioning our capabilities and creating stereotypes, people must try and remove the taboos and myths around disability and give us an opportunity, give us a chance. Create facilities where we can go and exercise our hobbies," she said.

After facing troubles getting a driving licence for her custom-made motorbike, Malik fought for 19 months to get clauses changed in the Motor Vehicle Act and later became a member of the five-year planning commission to include clauses for the differently-abled.

"I realised that a lot of policies were incomplete with a lot of ambiguity. The language of such policies was hindering. For example, because of the Motor Vehicle Act it was not easy for people like me to get a driving license.

"I also helped changing the language of policies. Now they are more defined, more clear. Sports for the differently-abled are now at par with any other sport activity. The results are evident from all the medals we won at the last paralympics," she said.

Malik was speaking at a recently held event 'She Leads India', organised by UN Women in partnership with SheThePeople.TV.