Catch all the live scores and updates of the Malaysia Open finals as Carolina Marin takes on Tai Tzu Ying and Lee Chong Wei meets Lin Dan yet again.

Here are the results from the finals of the Malaysia Superseries Premier:

Indonesia's Marcus and Kevin claim their third consecutive Superseries title with a 21-14, 14-21, 21-12 over China's Haifeng and Zheng. Words can't explain how brilliantly they have played. Their court coverage is just mesmerising!

And six straight points later, Lin Dan has taken the first game at 21-19.
Lee Chong Wei led 19-15 and Lin Dan showed why you can't write him off, even in Malaysia. Lee took his foot of the pedal and now the Malaysian has to battle back and win two games.
13:12 (ist)

And the men's singles final that every Malaysian and world badminton fan has been waiting for is here - LEE CHONG WEI VS LIN DAN.
Both in their mid 30's would love to win this tournament, especially 'Super Dan'

Tai Tzu Ying has beaten the Olympic Champion 23-25, 22-20, 21-13 to clinch her second Super Series Premier title of the year. Earlier, she had won the All England Championships.
For Carolina Marin, the Olympic Champion and the World Champion, this is a second consecutive defeat after losing to PV Sindhu in the India Open final.
12:21 (ist)
Tai Tzu on front foot: 11-10

At the midway mark, it's Tai leading 11-10. Significant also was that the umpire refused to have the court mopped when Marin requested. The Spaniard has been guilty of time wasting between points.
12:09 (ist)
Marin claims first game: 25-23

Two consecutive smashes and Carolina Marin has taken the OPENING GAME 25-23 in 32 minutes of some highly engrossing badminton.
Their last meeting at the Hong Kong Open had gone to three games with Tai winning. Though there Tai had won the first game.
11:43 (ist)
Tai Tzu leads 11-9 at first game interval

It's interesting that Tai uses the high toss serve to the baseline when she is cornered a bit or the lead is cut down. Invariably, she wins a point.

Another great day of badminton comes to an end! Hope you all enjoyed the live coverage of the Malaysia Open finals. Make sure to support your favourite shuttler as we will be back with the OUE Singapore Open which begins from 11 April. Thank you guys for sticking around and take care!

Here are the results from the finals of the Malaysia Superseries Premier:

THEY HAVE CREATED HISTORY!

Indonesia's Marcus and Kevin claim their third consecutive Superseries title with a 21-14, 14-21, 21-12 over China's Haifeng and Zheng. Words can't explain how brilliantly they have played. Their court coverage is just mesmerising! 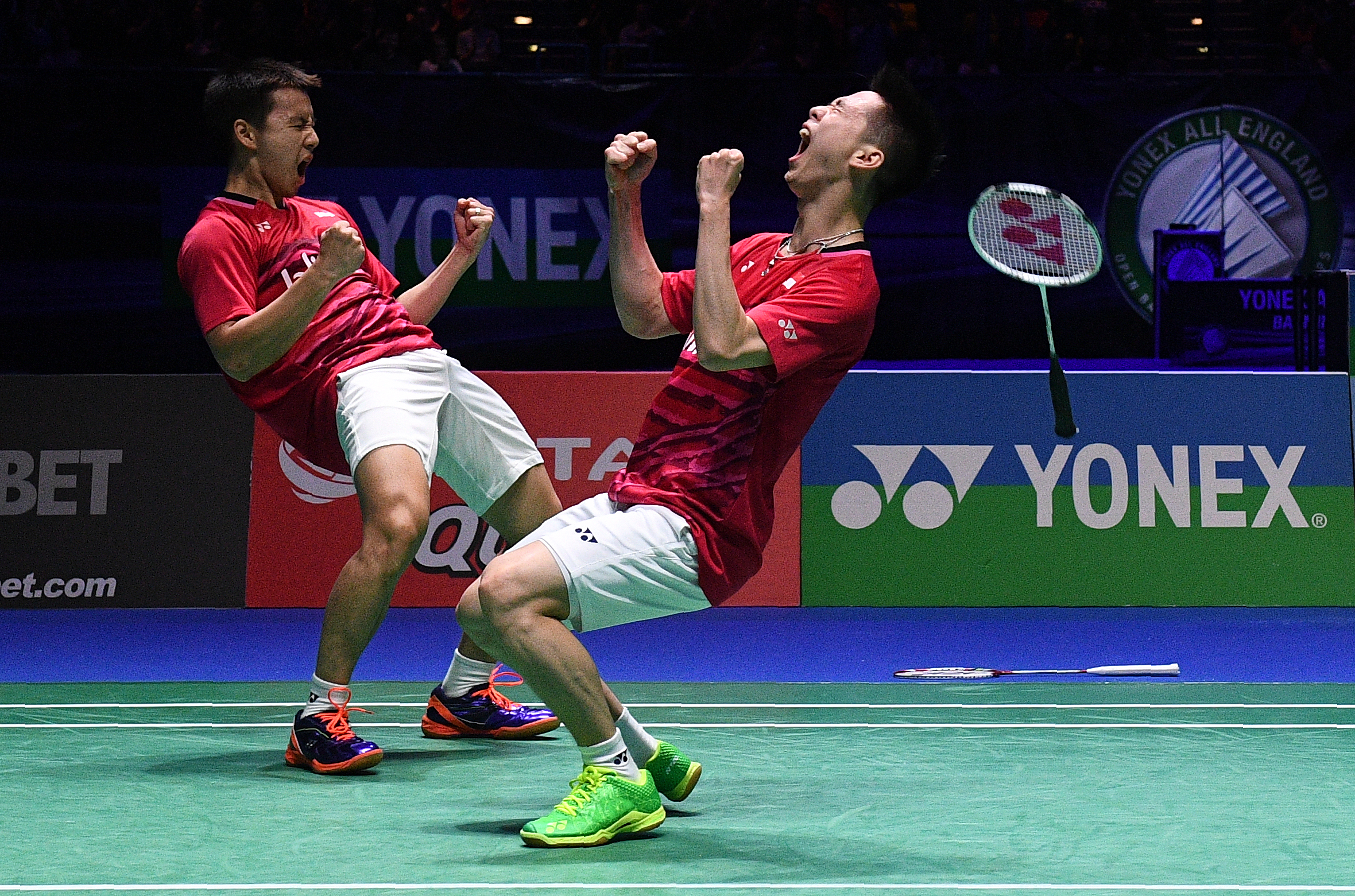 After a below average show in the first game, the Chinese duo took the second by storm and maintained the pressure throughout.

The Indonesian pair has got the speed and power to fox the opponent on any given situation. Their movement and shot selection have caused a lot of problems on the other half of the court

Kuching: Lee Chong Wei made his way into the title decider of the Malaysia Open 2017 on Saturday, setting up another salivating chapter in his epic rivalry with Lin Dan. Malaysia’s most beloved badminton son brushed aside Wong Wing Ki, 21-12 21-9, to have a shot at an unprecedented 12th World Superseries crown on home soil.

The Malaysia Open is one of the very few major titles missing from Lin’s collection, and the Chinese great will attempt to get it right in his fourth final.

“Not only badminton fans in Malaysia but the whole world will be looking forward to this match,” Lee was quoted as saying by the official BWF website, contemplating Sunday's finale versus his Chinese arch-rival.

“We are back in Sarawak after 11 years. I will try to play for everyone in Sarawak and to get a 12th time. I hope we can both put on a great show and enjoy the match.”

The battle for the women’s singles title also promises to be a thriller with Olympic and World champion, Carolina Marin, taking on world No 1 Ta Tzu Ying.

“Tai is in really good form and the pressure will be on her. She is the one who is expected to win but it will be very difficult to beat me,” the confident Spaniard said after prevailing in an entertaining semi-final against Japan’s Nozomi Okuhara.

Sunday’s finals will begin at 10:30 AM IST on the same court, with the men’s singles title bout being third in the queue behind the mixed doubles and women’s singles finals.