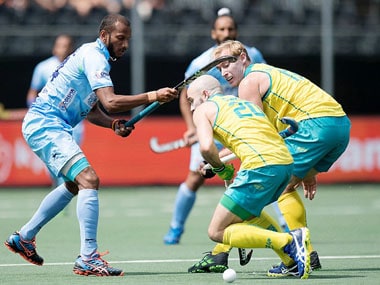 Preview: India managed to play a 1-1 draw with the Netherlands in their final round-robin game at Breda on Saturday to set-up the Hockey Champions Trophy final against Australia. The Netherlands will meet Olympic champions Argentina in the bronze-medal playoff on Sunday after the South Americans defeated Australia 3-1 to take their points tally to seven — same as the European team. But Argentina are in the fourth spot due to an inferior goal difference. Australia topped the table with 10 points.

The final will be a repeat of the 2016 edition when Australia got the better of India via a controversial penalty shootout.

India needed at least a draw against the Dutch to keep the opponent away from the place in the final.