No Jay-walker in Politics, Galla Goes for Guntur Again

Unfazed by the recent I-T raids, TDP candidate and MD of Amara Raja Group, with declared assets worth `305 crore, is all charged up to give a tough fight to his rivals

"Today, the trust factor is low for a politician, and when it comes to an industrialist entering politics it’s the lowest,” says Jayadev Galla. The richest member of the outgoing 16th Lok Sabha is probably right on the money. Jay, as he is known among friends and colleagues, is seeking re-election despite his party finding itself in a tough spot after winning the Guntur seat in 2014 on the back of a wave of sentiment following the bifurcation of Andhra Pradesh.

The Telugu Desam Party (TDP) leader is the managing director of the Amara Raja Group—makers of Amaron batteries—which generated more than $1 billion in revenue in the previous financial year. And though the industrialist was making his electoral debut in the 2014 Lok Sabha elections, he is no political novice. His family has a long history in the field. Jay’s grandfather Patuli Rajagopala Naidu was a freedom fighter who was closely associated with NG Ranga, founder-president of the Swatantra Party, and looked after his constituency in Chittoor and later Guntur.

Known as Ranga’s shadow, Naidu joined the Congress in the 1970s along with his mentor and won from Chittoor when Ranga moved to the Rajya Sabha. It was during his stint in the Congress that Rajagopala met the young Nara Chandrababu Naidu and took him under his wings. Rajagopala’s daughter, and Jay’s mother, Aruna Kumari was an MLA and a minister in YS Rajasekhara Reddy’s (YSR) Cabinet before moving to the TDP after the state was split.

As a politician, Jay’s tryst with destiny began on a cloudy July day during the Monsoon Session of Parliament last year when he was chosen to lead the charge against the Narendra Modi government for reneging on its promise of granting special status to Andhra Pradesh. The speech, delivered with a heavy American accent, made him the cynosure of all television channels and his presence was acknowledged by leaders cutting across party lines. It also drove home the point that in the coming days, the richest Lok Sabha MP would be the TDP’s voice in the Capital.

Jay though has loads of other responsibilities: his constituency falls within the core capital region of Amaravati. Amaravati is the showpiece for Chandrababu Naidu’s dream of building a new Andhra, much like the way he had turned Hyderabad into a modern technopolis. Jay has been chosen as the flag-bearer for his polished profile, zero criminal cases, his entrepreneurial background and foreign education.

Born in Chittoor in 1966, Jay’s family soon moved to the US, where he stayed for more than two decades. His father, Dr Ramachandra Galla, only came back on the call of TDP founder and chief minister NT Rama Rao, who urged NRIs to invest in their home state. The Amara Raja Group began its humble journey within a year of Rao taking oath of office the second time. The first company to be incorporated was Amara Raja Power Systems with Amara Raja Batteries, now the Group’s cash cow, formed a few months later. Meanwhile, Jay completed his graduation and worked as an international sales executive with GNB in the US before joining the family business in early 1990s. By then, the family had re-entered politics, with Aruna winning from the Chandragiri Assembly segment on a Congress ticket in 1989.

“While in the US, I had decided to join politics by the time I was 40. I was late by eight years,” says Jay, who plans to expand his business to Rs 60,000 crore by 2025. Though he managed his mother’s campaign for years, it was only in 2012 that Jay decided to contest a by-election from Tirupati on a Congress ticket. His ambitions were nipped in the bud as he was denied a ticket. But he continued to serve the party as a member of the Pradesh Congress Committee. It was only in the run-up to the 2014 general elections that Jay and his mother thought of joining the TDP. It was a time of political uncertainty in the state post YSR’s death. The Congress, caught in a cleft stick, decided to split the state and carve out Telangana. “We considered the decision to bifurcate Andhra Pradesh as a betrayal and in spite of belonging to the Congress, we took to the streets and protested as the high command was unwilling to listen to us,” Jay emphasises the point to ensure that he along with others are not portrayed as opportunists. But for anyone following or associated with the state’s politics, the writing was on the wall: Congress had shot itself in the foot.

Jay snatched Guntur after the Congress won the seat in 2004 and 2009. Though the Amara Raja Group scion sounds confident of making it two in a row, political observers say it’s going to be a tough challenge this time. The constituency has seven Assembly segments with five going to the TDP and the rest with Jagan Reddy’s YSRCP in 2014. However, one of the winning MLAs from TDP, Guntur West, Modugula Venugopala Reddy, has defected to Jagan Reddy’s camp. The YSRCP chief is banking on him to trounce Jay. Complicating matters further is the rise of Telugu superstar Pawan Kalyan’s party Janasena, which is banking on its leader’s appeal among the Kapus—numerically one of the most dominant castes in the state. Historically, in Andhra’s caste cauldron, the Reddys have generally supported the Congress and now the YSRCP while the Kammas have backed the TDP. Jay, a Kamma, argues that his work in solving the region’s drinking water problem and refurbishing the drainage system will see him through in a constituency which is considered to be affluent and urban.

So, how does the sobriquet of ‘richest MP’ sit with him? “I don’t consider profit as a bad word,” he says in an oblique reference to Jawaharlal Nehru, who had famously alluded to profit as a dirty word to JRD Tata. Jay then goes on to note his entrepreneurial initiative has created thousands of jobs. Around 40 per cent of the livelihoods in his native Chittoor, Jay claims, are dependent directly or indirectly on the family firm.

According to the affidavit filed before the Election Commission, the incumbent’s assets have shrunk by a considerable margin in the last five years—from Rs 683 crore to Rs 305 crore in 2019—and in the first phase of polls, the distinction of being the richest candidate has been snatched away by the Congress’s Konda Vishweshwar Reddy. Jay’s entire share in Amara Raja Batteries, which stood at around Rs 547 crore in 2014, has been either transferred or subsumed under a holding company promoted by the family. He, however, vehemently shakes his head when asked whether the entry of rich industrialists in politics is due to the fact that being in the corridors of power gives them access to influence or tweak policies that suit them. “In fact, less than five per cent of our business depends on government contracts. We are not into mining, infrastructure or other such verticals that require the government’s benevolence,” Jay insists presenting a picture of a Group developed without colluding with those in power and has not been a part of crony capitalism.

According to the Association for Democratic Reforms, around 83 per cent of MPs in the 16th Lok Sabha were crorepatis when a massive 36.3 crore people were mired in poverty. How does it augur for Indian democracy where a rich people’s club is governing the poorest? Jay is careful to prop up his pro-poor image and says that he endorses income support for farmers and allied workers. Sixty-five per cent of India depends upon their livelihood, he points out. “It’s not a question of schools or hospitals: it’s schools and hospitals.”

But every step taken, every decision made has its repercussions. Soon after he made the now-famous speech in Parliament accusing the Prime Minister of reneging on his promise, the Enforcement Directorate and income tax sleuths arrived at his doorstep. Jay claims he got a call from the Income Tax Department warning him of an impending raid, but that “search” at his company’s premises, including the residence of Gurrappa Naidu, who is the chief accountant for Amara Raja Batteries, only took place two days before the polls. “Even Telugu superstar Mahesh Babu was targeted since he’s my brother-in-law and had endorsed me,” Jay has alleged time and again during the ongoing campaign. He has blamed none other than Modi for carrying out politics of vendetta. The only solace for him is that a day later his competitor Modugula’s residence and office were also raided by I-T officials. “We have been the highest taxpayers in the state and such intimidation tactics hardly work,” a determined Jay says. In 2018, the senior Galla was invited by the tax department as a guest of honour for I-T day celebrations.

Jay doesn’t hide his connection with Mahesh Babu; he flaunts it. The Telugu superstar has endorsed his candidature on Twitter. Unsurprisingly, his no-confidence speech on the floor of the House started with a reference to the actor’s blockbuster movie Bharat Ane Nenu. It’s a way of touching base with the state’s ‘aam aadmi’. However, the only campaign poster of Jay that has a picture of the movie star is the one gracing his house in Guntur, which also has mugshots of NTR, Chandrababu Naidu and other prominent politicians from the state.

Despite being the richest outgoing MP, Jay’s house doesn’t stand out as a symbol of pelf and prosperity though it’s far from being a modest residence which politicians with strong connection to the grassroots proudly display. The industrialist says he dislikes socialising and has no plans to imbibe or imitate the dazzling life of fugitive economic offender and erstwhile MP Vijay Mallya. He likes lawn tennis and F1 but has little interest in cricket. He says he might consider owning or becoming a part of an F1 team but only for brand promotion as and when Amaron batteries becomes a leading global product.

What about the charges of being a dynast? Jay brushes it aside saying it should not be a barrier while listing out a series of things from employment generation to empowerment through CSR activities that his company and family has done for the people. But he is unhappy with his sons and nephews as they have shown little interest in politics till now. His younger son Ashok wants to pursue a career in the film industry while his brother Siddharth, despite joining the dharna alongside TDP MPs in Delhi demanding special status for the state, is still uncertain of jumping onto the political bandwagon. “I want at least someone from the family to be in politics to continue the work,” Jay declares.

In Andhra’s shifting political dynamics, very few politicians remain loyal to a single party. So, is he willing to switch sides or take the Rajya Sabha route as a lot of entrepreneurs before him have done? “There shouldn’t come a time in the life of a politician where he needs the party more than the party needs him,” says Jay making it clear that he is unwilling to take the route where money opens the doors to the upper House. The wily politician in Jayadev Galla has arrived. And he hopes to last long, really long. 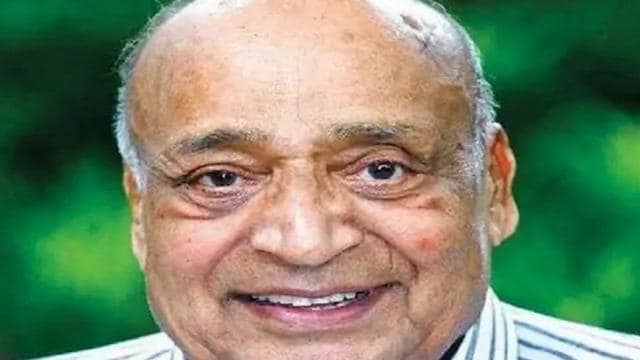 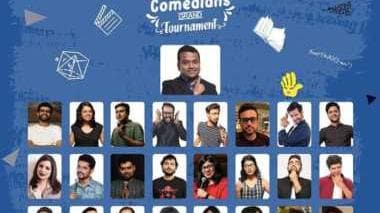 Coronavirus outbreak: How online quizzing has become a way to digitally interact during the lockdown 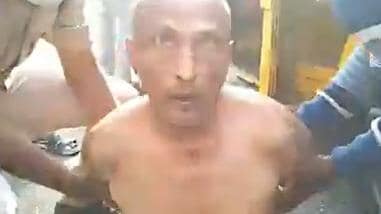