The Supreme Court announced its verdict on the plea of the three death row convicts in former PM Rajiv Gandhi's assassination case, allowing their death sentences to be commuted to life imprisonment on ground of delay in deciding their mercy plea. 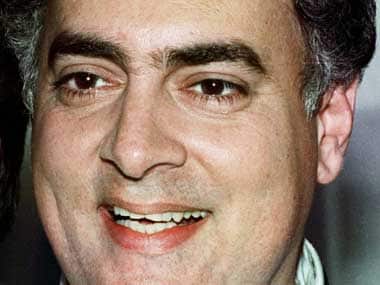 The bench that delivered the judgment was headed by Chief Justice P Sathasivam. The bench had reserved its verdict on the plea of three convicts - Santhan, Murugan and Perarivalan - on February 4.

The court had cited the 11 year delay in carrying out the sentence, as the reason for commuting it to life.

Speaking to the media, the mother of one of the convicts thanked the Chief justice for commuting the sentence.

The convicts plea was strongly opposed by Attorney General Goolam E Vahanvati, who argued that it was not a fit case for the top court since there was "not a word of remorse" in the convicts' petition for mercy.

"They were leading a disciplined life, entertaining and educating inmates, so there is no agony, torture or dehumanizing effect due to delay," he had said.

The lawyer for the convicts countered the argument by saying that "agony and torture need not be physical injuries."

Perarivalan's mother, speaking to journalists, said she wanted to thank Justice Sathasivam for commuting the death sentence to life.

"My son has done no wrong, but has been behind bars for 23 years..I don't know what to say now that the death sentence has been commuted. My whole world has changed. I want to thank everybody who had good wishes for my son. My pain is not yet over, however. There is actually no connection whatsoever between the murder and my son.. I am still waiting for him to be released."

She said she understood the pain of other innocents suffering the same fate and said she would extend her support to such people.

Last month, the Supreme Court delivered a landmark verdict that places new restrictions on executing prisoners. The top court commuted the death sentences of 15 convicts on January 21, announcing that "inordinate and inexplicable" delays in carrying out executions were grounds for reducing their original punishment.

The three men whose fate would be decided today were convicted in 1998 for Mr Gandhi's assassination in 1991. Their mercy petition was sent to the President of India, the last stage in the process of appeals, in 2000 and was rejected 11 years later. Their hanging was stayed in 2011 on the orders of the Madras High Court.

In 2012, the Supreme Court took up the petitions of the three convicts on the ground that a fair hearing would not be possible in Tamil Nadu due to the surcharged atmosphere in favour of the convicts.