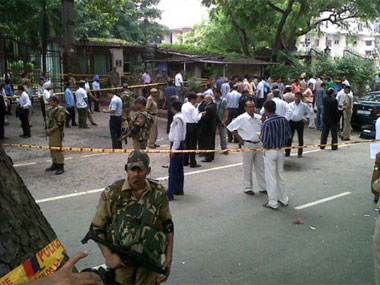 Today's newspapers are predictably dominated by news of yesterday's blast outside the Delhi High Court that killed 12 people and injured another 75. As expected there are step by step accounts of the lead up to and aftermath of the blast, photographs of the site of the blast and accounts by eye witnesses and grieving relatives of those who were injured or killed.

The general mood of the newspapers is to criticize the government for allowing terror to strike at will, and there is an almost collective call for action rather than words. Media have asked for the installation of more CCTV's in major cities, and more listening technology. There is also a general feeling that this latest incident will result in more loss of face for the UPA government which has already come in for great criticism over its handling of the Anna Hazare crisis.