Thiruvananthapuram: The CPM, which is leading the Left Democratic Front (LDF) government in Kerala, alleged on Friday that attacks against party cadre and offices by the RSS and the BJP increased after Amit Shah's recent visit to the state.

Communist Party of India (Marxist) state Secretary Kodiyeri Balakrishnan claimed that the BJP national president, during his visit to Kerala, had stated that he has got a "trick" and if his party members use it they can capture power in the state.

"This (violence) is that trick", he told reporters after the party's secretariat meeting here.

Balakrishnan alleged that the Sangh Parivar's motive was to create a law-and-order problem by triggering violence and added that the attack on the CPM's district office in Kozhikode on Friday was part of its agenda. 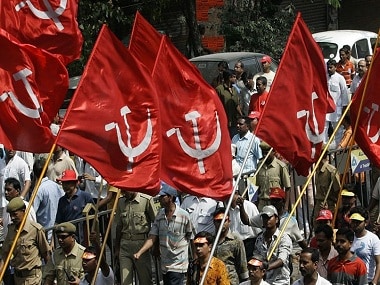 He claimed the attackers had actually targeted the party's Kozhikode district secretary P Mohanan, but he escaped unhurt.

Some unidentified persons had hurled two bombs at the CPM's district office, but no one was injured.

Balakrishnan urged the party cadre not to be provoked by the "violence of the BJP and the RSS, and maintain self-restraint.

Asked about the recent attack on the BJP's district office here and the charge that the CPM was behind it, he expressed his suspicion about the incident and demanded a probe into it.

Balakrishnan alleged that the attack on CPM General Secretary Sitaram Yechury, allegedly by Hindu Sena workers at AKG Bhavan in New Delhi, was also a "planned one".

"The attack on the CPM General Secretary took place with the tacit understanding of Delhi police under the control of the Centre. The Hindu Sena is part of the Sangh Parivar. It is the modus operandi of the RSS and they carry out violence in different names," he alleged.

He referred to reports about the statement of an accused Sudheesh, reportedly an RSS activist, to police, that the RSS had killed Mohammed Fazal, a former CPM activist who later joined National Development Front (NDF), in 2006.

Sudheesh was arrested by Kerala police in connection with another case, while the CBI is investigating the Fazal murder case.

"Now is it clear that the CBI had arrested the wrong persons," he said, adding, "Despite the revelation by Sudheesh, the CBI is acting in a politically motivated manner and continuing to target CPM leaders."