Assembly Elections 2017: Goa and Punjab will be first major tests of 'e-ballot' system

New Delhi: The newly-introduced system of sending postal ballots to service voters, including armed forces personnel, by electronic means will face its first major test in Goa and Punjab where it will be put to use in a total of 45 seats. Punjab and Goa will go for Assembly polls on 4 February. All  the 40 seats in Goa will be covered by ETPBS (Electronically Transmitted Postal Ballot System). In Punjab, it will be used only in five out of 117 seats. These are: Atmanagar, Ludhiana East, Ludhiana North, Amritsar North and Jallandhar West, the Election Commission has said. 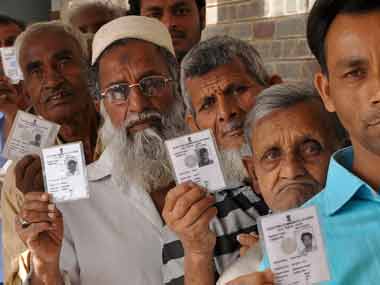 The new system, which came into force in October when election rules were amended, was used for the first time as a pilot project in Nellithope Assembly bypoll in  Puducherry in 2015. Accepting a long-pending demand, the government has amended  electoral rules to allow service voters, including Armed Forces personnel, to get their postal ballot through electronic means to save valuable time.

This would mean that service voters, including personnel from armed forces, can now download the blank post ballot sent to them electronically, mark their preference and post the filled-up ballot back to their respective returning officers. This would cut short the delay experienced in the present system of two-way transmission of ballot paper by the postal services.

Two-way electronic transmission has not been recommended by the Election Commission for security and secrecy reasons. The armed forces personnel serving in remote and border areas would be greatly benefited since the present system of two-way transmission of ballot paper by the postal services has not been able to meet the expectations of the service voters.

The government had approached the Election Commission to help mitigate the difficulties faced by service voters while exercising their franchise. The technical team of the Election Commission has developed a system whereby a blank postal ballot could be electronically transmitted to the voter. Service voters consist of armed police forces of the Centre, other forces subject to the provisions of the Army Act, armed forces of a state serving outside that state, and those employed under the Central government in a post outside India.

One-way electronic transmission of blank postal ballot would considerably cut short the delay in receipt of the marked postal ballot by the Returning Officers on or before the date fixed for counting of votes. The votes will be counted on 11 March for all the five states — Uttar Pradesh, Uttarakhand, Manipur, Punjab and Goa — which will go for polls between 4 February and 8 March.