Mathew Joseph had the responsibility of educating his two younger brothers and marrying off his three sisters after he got a central government job in Assam in 1970. He moved to Muscat in 1983 when he was 35 years old. He managed to fulfill his responsibilities while working in a trading firm for 10 years. He even brought his brothers to Muscat. He, however, was forced to return to Kerala due to an illness.

His backache did not allow him to take up any strenuous work and because of it his marriage prospects declined. Unable to find a job in his home district of Kottayam, Joseph migrated to Mumbai. He could not find a job but he got married to a working woman who agreed to support him.

Joseph is one among the many Keralites who have returned to the state after their Gulf dreams shattered. According to Kerala Migration Survey (KMS) 2014, the number of Kerala migrants who have returned from various foreign countries (REM) is 12.5 lakhs in 2014.

Bulk of the returnees is from West Asia since 90 percent of the Kerala migrants are living there. The survey conducted by S Irudayarajan and KC Zachariah of the Centre Development Studies (CDS) revealed a steady rise in the reverse flow from 1990s, when the impact of the global economic recession was felt by businesses in the Gulf. According to KMS, the number of returnees in 1998 was 7.4 lakhs. It jumped to 8.9 lakhs in 2003 and 11.5 lakhs in 2011.

Joseph's two brothers, who had migrated to the Gulf in the late 1990s, was forced to return after living in the Gulf for 10 years. One of them, Anthony, said that he lost his job after Saudi sought to replace the expats with natives under the naturalisation of labour called Nitaqat was launched in the early late 2000s.

The CDS study showed that the naturalisation drive had affected more Kerala workers than the global economic crisis. “The recession-related return was not as extensive as is often reported to be. Though about 173,000 (7.7 percent) of the Kerala emigrants returned home during the recession period, only a fraction of them returned due to recession-related reasons. Their number is unlikely to be more than 63,000, according to the CDS study entitled 'Kerala to Kerala via the Gulf'.

However, the Non-Resident Keralites Affairs Department says that naturalisation in West Asia was the direct reaction to the economic crisis faced by the countries in the region due to the after effects of global economic downturn and fall in oil prices. Any economic crisis would bring down the number of jobs available in the country, says KN Raghavan, chief executive officer of Roots-Norka, a field agency of Norka department.

“In the case of West Asia, this has resulted in new projects not coming up and companies and governments looking for cheaper sources of labour. There has been a reduction in welfare and social security schemes as well and naturalisation is caused by this turn of events. Hence jobs available for emigrants in West Asia have definitely come down post 2008 and the push towards naturalisation has made the situation more alarming,” Raghavana told Firstpost.

Often health related issues force migrants to return home. Occupational injuries are the major health risk that construction workers face in West Asia. Many who have returned after suffering such injuries are languishing in Kerala unable to get any job. Moreover, working in extreme climatic conditions have also taken a heavy toll. 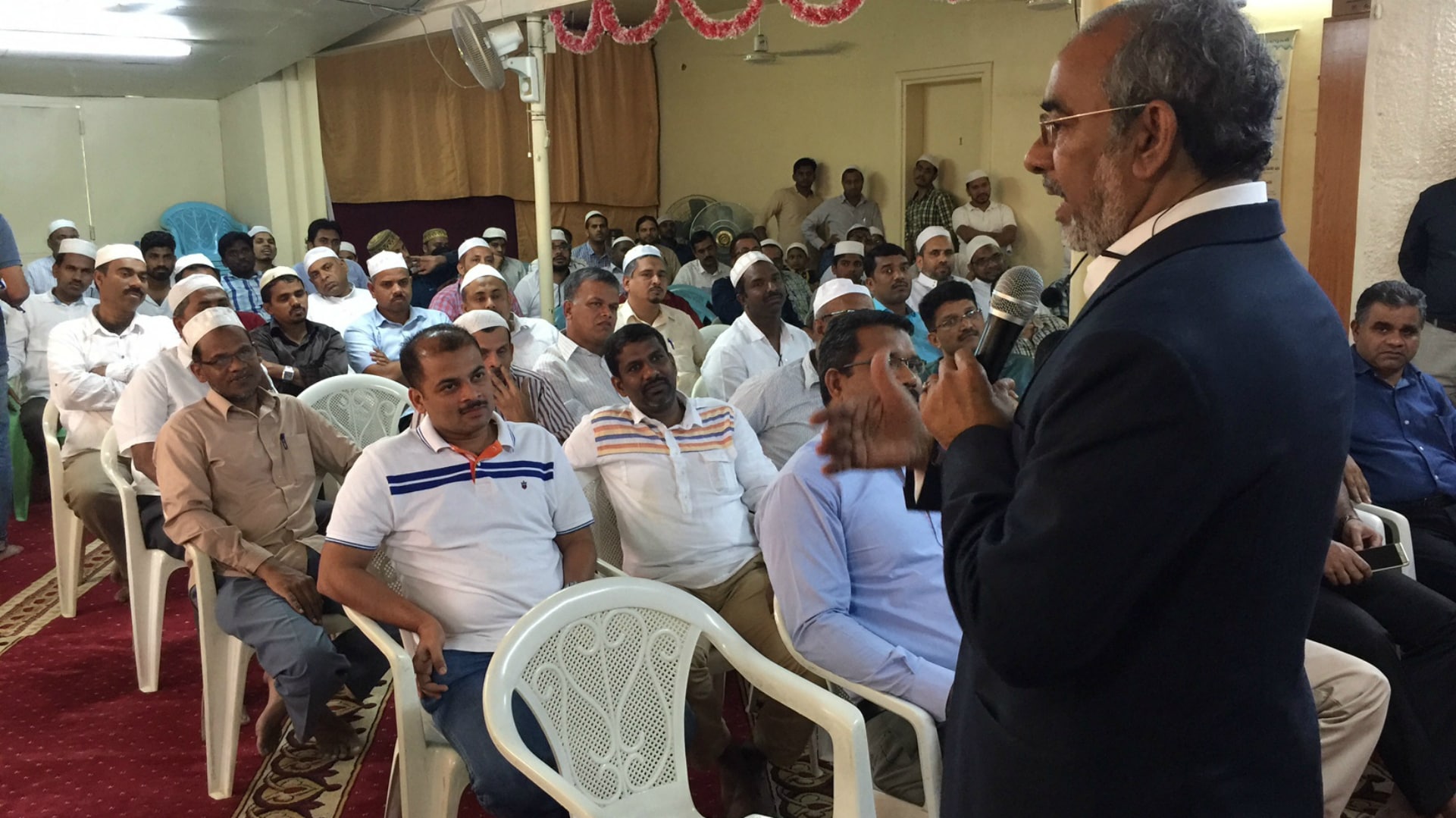 The other major reasons cited for the return flow is deep cut in wages, expiry of contracts and lower level of job satisfaction. Nearly one fifth of the migrants had reported these factors as the reasons for their return, the CDS study said

The study found that migrants with low level of education had high propensity to return. The levels of education before emigration and of the return emigrants was relatively low: 3.4 percent had not attended school at all; 9.7 had not completed primary level education; 23.5 had not gone on to secondary level classes, and 67.6 percent had not completed secondary level education. Only 7.1 percent of them had studied till Class XII.

The study noted that emigrants, who are professionally well-placed and possess management and entrepreneur skills, have not been returning. They are able to manage alternate jobs in case of a job loss. The average number of years of schooling of the emigrants who remained abroad was 10.1, according to the CDS study.

The plight of the returnees is dismal as there is neither any improvement in the employment scene in the state nor there is any new initiative from the government to reintegrate them in the society. Hence, majority of the returnees are left with the option of going back to their former host countries.

The 2008 KMS found that about 11.7 percent of the returnees had gone back in the course of an eight-month period. The corresponding percentage of re-emigration among the return emigrants in 2007 was 13.6 percent for a two-year period. Self-employment is the major option for those who are not able to re-migrate or find jobs in the state.

The KMS showed that 20 percent returnees could find employment in the private sector in 2007. As many as 33 percent of the returnees had become self-employed by starting some sort of business of their own. Though Norka department has launched a scheme to provide subsidised loan to the returnees to establish business ventures, there have been few takers.

The reverse flow has put many families in jeopardy since the returnees were mostly poor unskilled workers, who could not make any savings to carry forward their life. The CDS study said that the average monthly income of return migrants abroad was about Rs 10,000. Eleven percent had no income at all because they did not get any employment after reaching the country of destination.

Return emigrants were sending home Rs 4,083 on an average as monthly remittance from their savings, and retained the balance of Rs 2,331 for other expenses. They had no money to build a house or meet the education and marriage expenses of their kin.

KV Shamsudheen, chairman of Sharjah-based Pravasi Bandhu Welfare Trust, said that the migrants who have returned without any savings had a harrowing time at home. He told Firstpost that many such returnees were treated as unwanted guest in their own homes, despite working hard for years to take care of them.

Shamsudheen, who has been conducting an awareness programme among expatriates across West Asia and among their family members in Kerala for cultivating a habit of saving for more than two decades, said that the failure of the migrants and their families to adjust their expenditure with the income was the major reason for this.

“The attitude of the migrants and their family members changes after the migration. Without realising the uncertain nature of their job in the Gulf, they spend the entire earning on non-productive items. The tendency is to show off the wealth. They do this by building big houses, acquiring consumable items and engaging in unwanted and wasteful expenses,” he added.

SK Pillai, a migration studies enthusiast, feels that the reintegration of returnees in the society is a complex task as the reverse migration causes psychological problems to most returnees. He said that this was because of the loneliness and deprivation the migrants suffered during their stay abroad. They were cut off from the realities back home.

“When they come back with these complex feelings they suddenly find themselves in a society which is entirely different from what they had dreamt of. Thus the return migrant who is unable to cope up with this change feels that home doesn’t belong to them and develops an attitude of denials and again make attempts to escape,” Pillai said.

Irudaya Rajan, who is chair professor, Ministry of Overseas Indian Affairs (MOIA) Research Unit on International Migration at CDS, believes that the return migrants could be reintegrated easily if the government could take initiatives to utilise the skills and disciplined work culture they had acquired besides the contacts they had established while working abroad for their rehabilitation.

“The return migrants are not able to make use of these rare advantages as most of them do not have any entrepreneurial skills. If the government or business leaders come forward to give leadership and direction to the returnees, the potential could be tapped. Besides, rehabilitation will also help in the development of the state,” he told Firstpost.

Raghavan of Norka-Roots said that Norka Department Programme for Returned Emigrants (NDPREM) launched in 2013 was designed to tap the skills of the returned migrants.

“The scheme envisages subsidy of 15 percent for bank loans up to Rs 20 lakhs per emigrant as well as interest subsidy. Even though the response to the scheme has been good, it is seen that there is a difficulty in procuring loans from commercial banks as they needed viable project reports and do a due diligence study before sanctioning loans. We have sought the service of Centre for Management Development to overcome this problem,” he said.

He said that the services would include advising the returnees on business projects, preparing project reports, guiding them through statutory requirements and generally handholding them though business processes. This also involves imparting necessary skills for running a business successfully. So far, 1,500 loans have been sanctioned under this scheme. There is proposal to include co-operative banks and primary co-operative societies in implementation of this scheme.

He said that the government was also alternately looking for at new labour markets outside GCC countries where the impact of naturalisation and fall in oil prices is still continuing. Norka would actively look out for new labour markets apart from upgrading the skills of the prospective job seekers to find better jobs and placements in new markets.