In this, the second part, read about how a loose coalition of South Asian Americans are forming rich community through open mics and panel discussions.

Sometimes, it feels as if we are all adrift, unmoored from the culture of our people and from one another. We are carried along the current, following the political and cultural eddies and tides of this land. But with drift is the implication that the trajectory cannot be charted. And sometimes, we drift toward one another.

Subcontinental Drift, commonly referred to as SubDrift, is a loose coalition of South Asian Americans who create ephemeral but meaningful tide pools for people affected by this drift. Organisers in far-flung American cities put on monthly open mics and panel discussions in community spaces and bars. SubDrift was founded in the nation’s capital, Washington DC, but has since expanded to include New York, Boston, Seattle, and San Francisco, among other cities.

SubDrift is celebrating its tenth year bringing South Asian artists and performers together. Guests are welcome get up onstage and read poetry, sing and dance, perform spoken word, and do comedy. Generally, there will be a few performers who have been approached to be a part of the show ahead of time. I have attended and performed at a SubDrift event or two myself. The spaces are intimate. People are friendly and willing to chat. Mostly, I felt as if I was tucked into a safe pocket in a warm coat, surrounded by brown people who were willing to recognise our collective humanity, shared and unique. This is what safety means to me.

“The name Subcontinental Drift reflects this notion of being adrift between two worlds, be it America, be it somewhere in South Asia. How do we navigate that and find ways to express these dichotomies through art and performance? It’s a name that’s very evocative and very true to that narrative,” Nochur says.

When I spoke to Nochur about growing up Indian in America, we found that we had both attended countless “Indian” parties. We talked about the performative nature of South Asian culture and the antakshari parties our parents had thrown while we were growing up in the northeastern part of the US.

Seattle-based SubDrift co-organiser Ash Bhoopathy wondered whether his child would ever have the opportunity to attend such parties. The formula was familiar to us all. In the US, most non-white people endure long journeys, painful and celebratory, to arrive at a coherent sense of identity. As we grow and our worlds widen, we learn that we have political and social identities.

“I didn’t recognise [Indian identity] as a racial identity initially,” Nochur says. “I started diving into environmental activism in college and became part of student organizations developing racial justice analysis around this work.”

Nochur told me about hearing the term “person of colour” for the first time and realising that he identified that way as well. We discussed cultural versus racial identity. Culture is more nuanced and specific to personhood than race. Though we cannot escape our racial identities, our cultural identities are worth preserving because they give us context and continuity. They anchor us to our pasts and give us something to pass to our children. 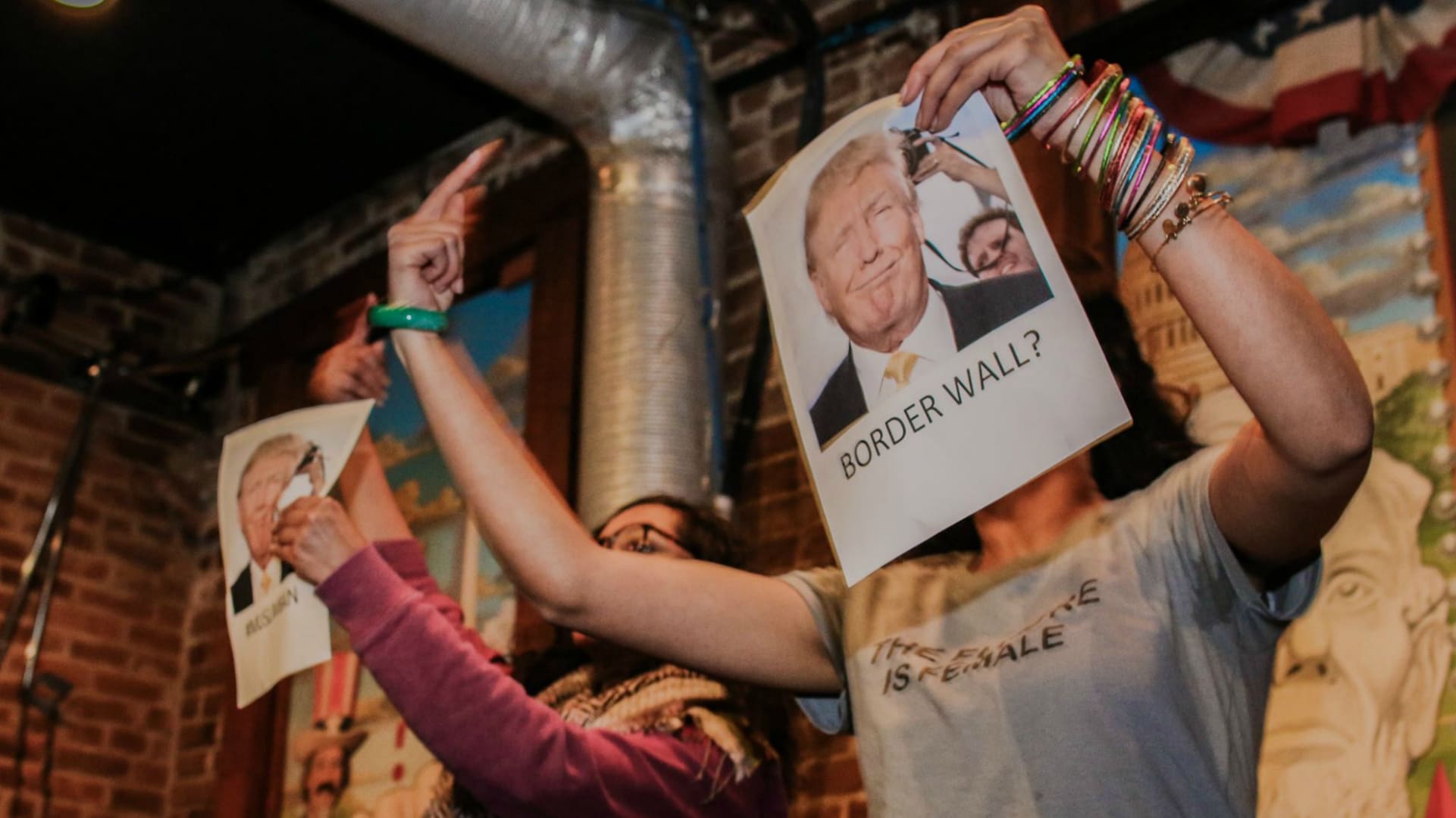 Bhoopathy talked about consciously choosing what culture to preserve and pass on to his daughter.

“I would say that all art is political,” says SubDrift DC co-organiser Nafisa Isa. “It kind of goes back to the question of whether you can or cannot be political. A lot of the times the people who say they want to be apolitical are only able to be that way or say that they are because they’re in a place of privilege.”

Though politics is not off-limits at SubDrift events, Seattle co-organiser Ambreen Ali emphasised the necessity of keeping the space open enough for artists to feel welcome sharing work that might not be explicitly political.

“[The Love/Hate theme] was a good way to frame what the night might be about without being heavy-handed or politically skewed and really letting the artists drive what it meant to them,” Ali says.

I remember wondering if anyone could hear my heart beating before I performed. I felt as if it would explode through my ribcage and out into the audience as I stood on stage. My shyness to join and share might never go away, but even through this anxiety, I sensed that I was safe.

All of the organisers emphasised the importance of celebrating the diversity of the South Asian diaspora. In fact, this diversity is represented in the organising bodies of the event itself. Ali identifies as Pakistani-American and Isa identifies as Bangladeshi-American.

“One of the things we’ve done in DC is formalise and intentionally state and acknowledge that our space, whether it be an open mic or a curated event or a digital space, is inclusive for everybody,” Isa says.

This effort to be inclusive is intentional. All of my conversations with the organisers mentioned inclusivity as a SubDrift priority. “It’s important for the people who attend the show to feel welcomed; it doesn’t matter if you’re Muslim or Hindu or Sikh. We’re here to highlight that identity and how complex that identity can be,” Ali says.

It struck me that part of this push for inclusion comes from the awareness that as brown people in the US, we are seen as a monolithic and homogenous group. We struggle with similar questions of identity, are marginalised, grouped and categorised in similar ways, and ultimately, have more in common than not.

“We’re offering a space for people to be challenged on their perception of other communities and what they know about other people,” says Isa.

In sharing art, it becomes possible to celebrate shared experiences as well as points of divergence along class, religious, geographic, and even racial lines. It takes a conscious effort to bring more people into a space but in this space, it has become a mandate. The subtext—if we don’t find solace in each other, we will be painfully alone.

Read part one of the series — Go back to your country: Complexities of race in America.