In part seven, we look at the contrasting fates of Israeli and Palestinian houses. The international consensus to the Palestinian-Israeli conflict is the “two-state solution” — forming a State of Palestine alongside Israel.

The Palestinian State is expected to comprise what are today the West Bank and Gaza, with East Jerusalem as its capital. Israel routinely affirms its commitment to the two-state solution (except for claiming all of Jerusalem as its own). However, the ground reality is at variance with Israel’s public position.

Israel has been rapidly constructing Jewish-only settlements all over West Bank and East Jerusalem ever since occupying them in 1967. Through these means, Israel has been insidiously encroaching on more and more Palestinian land. These settlements are illegal under international law. Several UN resolutions have condemned Israeli settlements; Israel has ignored all such resolutions.

In contrast, ruins of Palestinian houses demolished by the Israeli military are scattered all across the West Bank and East Jerusalem. Israel routinely declares Palestinian houses “illegal” — on territory that Israel ostensibly acknowledges would be part of a future Palestinian State — and bulldozes them.

Nearly 50,000 Palestinian houses have been demolished in the past 50 years, rendering hundreds of thousands of Palestinians homeless. Simultaneously, the Israeli State has illegally moved well over 500,000 Israeli Jews into East Jerusalem and West Bank territory. Their numbers are increasingly rapidly.

Israel has strategically moved to create “facts on the ground” all but rendering the two-state solution dead while charging the Palestinians with intransigence on the issue.

These photographs present the study in contrasts that is the fate of Israelis and Palestinians in East Jerusalem and the West Bank.

Israeli Jewish-only settlements lining the street from Bethlehem to Hebron in the West Bank: Ruins of the house that used to belong to Atta Jaber, a Palestinian living close to Hebron. Jaber's family lived on this land for 700 years before Israel, that occupied this land in 1967, declared it illegal and destroyed it in 1998. An Israeli settlement a few hundred meters from Ramallah, the de facto current capital of Palestine: Bulldozer tracks over what used to be Atta Jaber’s farm. It was attacked and destroyed in February 2018 by the Israeli military and extremist settlers from the nearby settlements, destroying their livelihood. The Israeli settlement Halamish that been constructed on land stolen from the Palestinian village Nabi Saleh, home of Ahed Tamimi: A Palestinian house in Duma that was set alight by extremist Israeli settlers in 2015, burning three alive (including their 18-month-old baby): European-esque Israeli houses seem charming — except that they are also built on Palestinian land inside the West Bank: A house that has been demolished near Bethlehem: A massive Israeli settlement on the outskirts of Bethlehem. The larger settlements house tens of thousands of Israelis and even have schools, universities and hospitals. Would Israel accept a future two-state settlement in which they voluntarily agree to vacate this vast infrastructure? A demolished Palestinian house in the village of Al-Walaja: 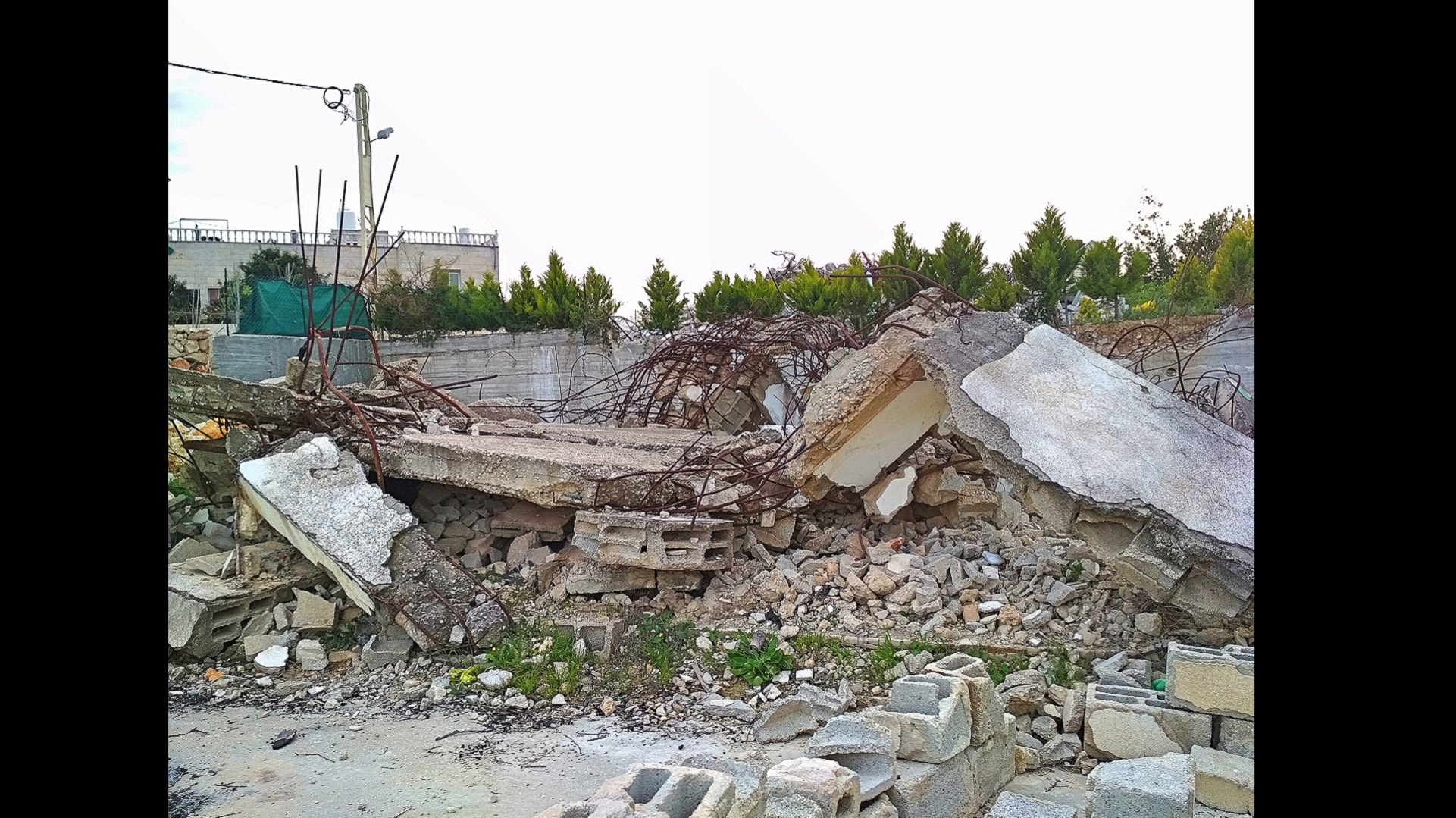 Next post: Clashes. See more from the series here.