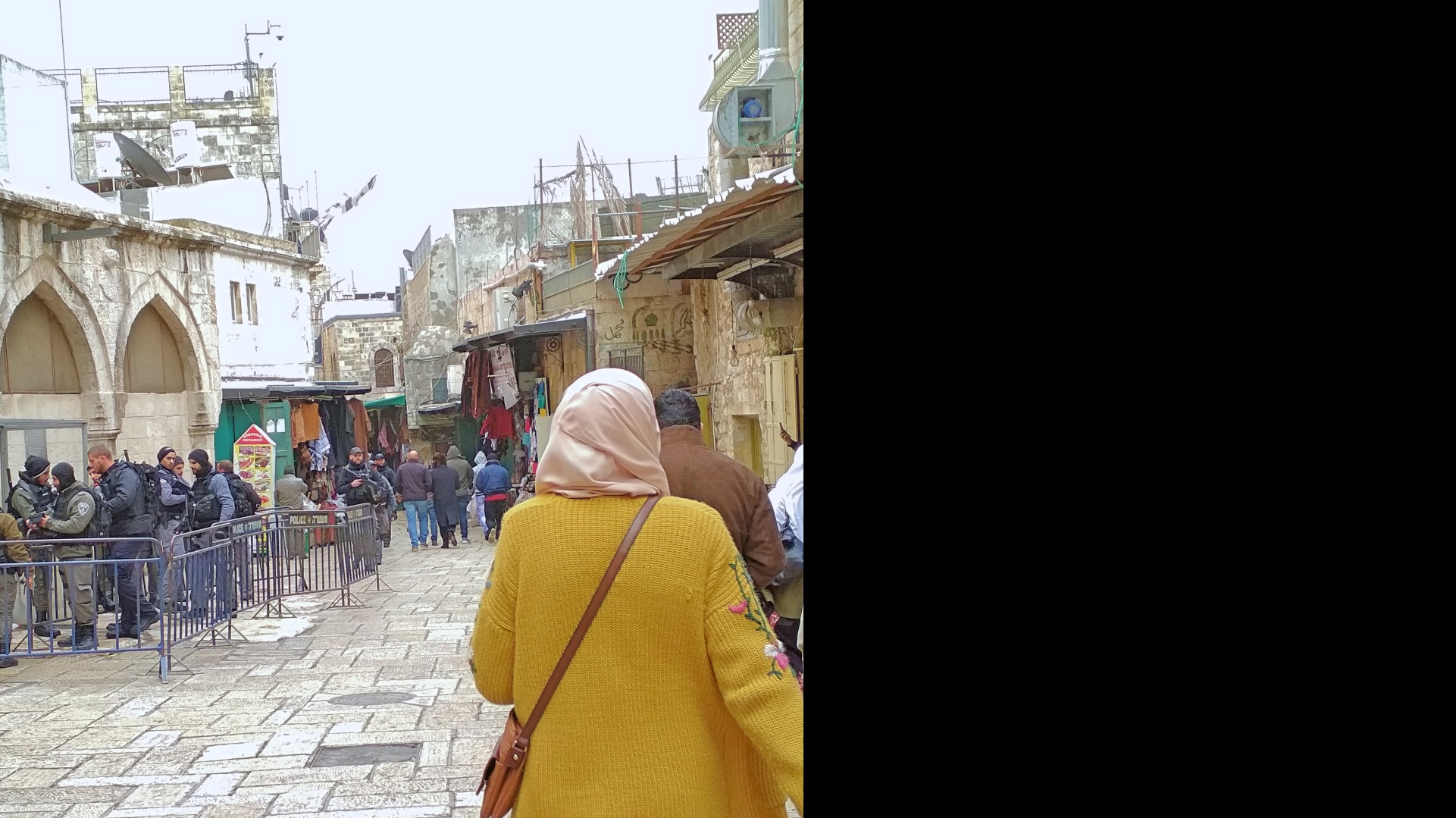 Palestine in photos: A chronicle of lives under siege

In part six, we look at Palestinians' lives under oppression. Palestinian lives — those of children and adults alike — are marked in every aspect by the occupation.

Here are a few instances of its effect on their daily lives.

All Palestinian children grow up in the midst of heavily armed Israeli soldiers. A child in the city of Hebron: A child in the the village of Nabi Saleh picking at a barrel filled with spent tear gas canisters and shells left over from raids of the village by the Israeli military. They are put on display to demonstrate their plight to the world. This UN-administered school in Bethlehem has no windows. This is to protect its students because of how often Israeli soldiers fire tear gas and live ammunition in the vicinity of the school. 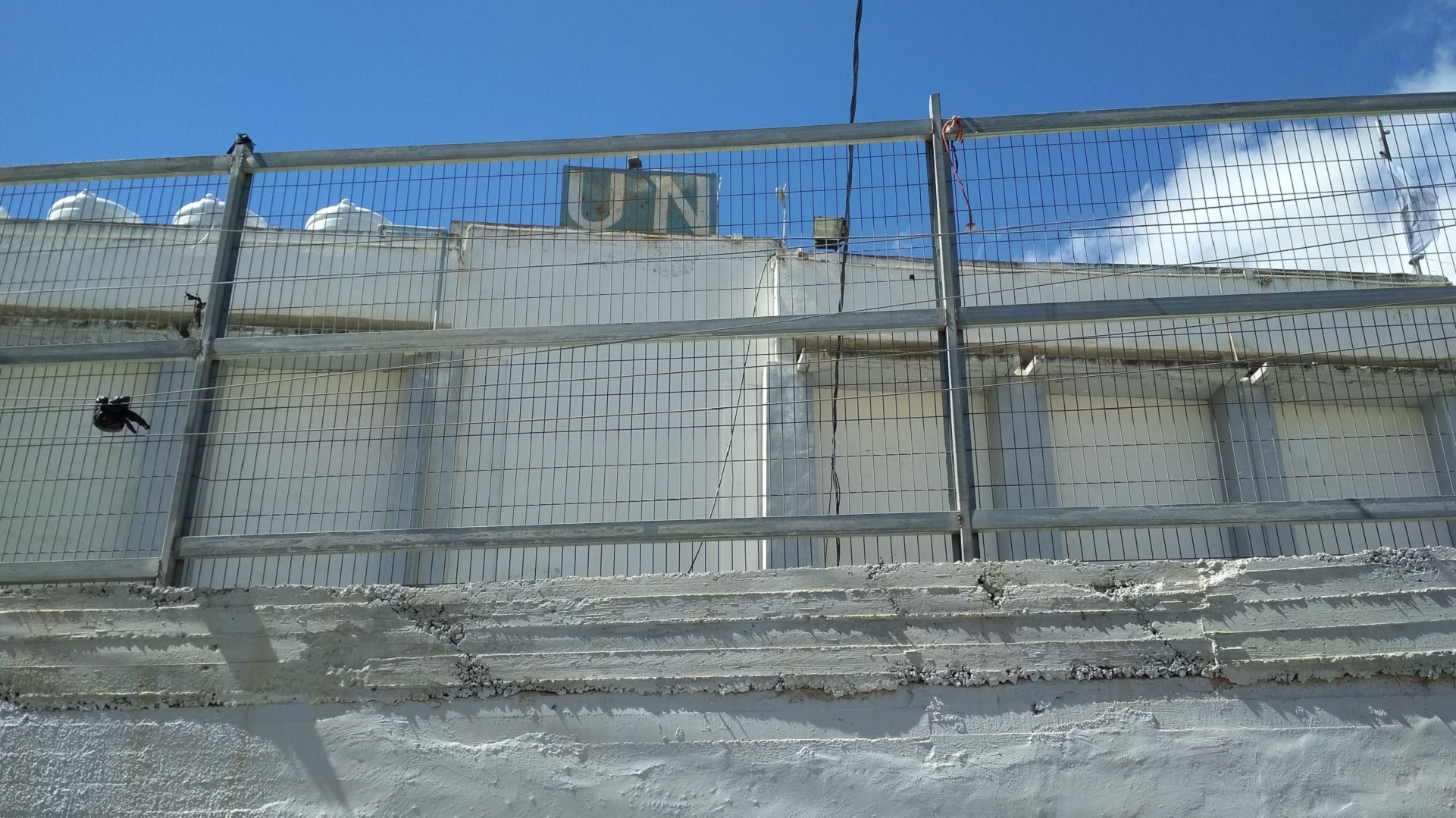 This primary school in Hebron has developed yet another means of protecting its students. Israeli soldiers checking Palestinian occupants of every vehicle at a checkpoint near Ramallah. There are estimated to be over 500 checkpoints around the West Bank, some permanently installed and others that are moved around to catch you unawares. 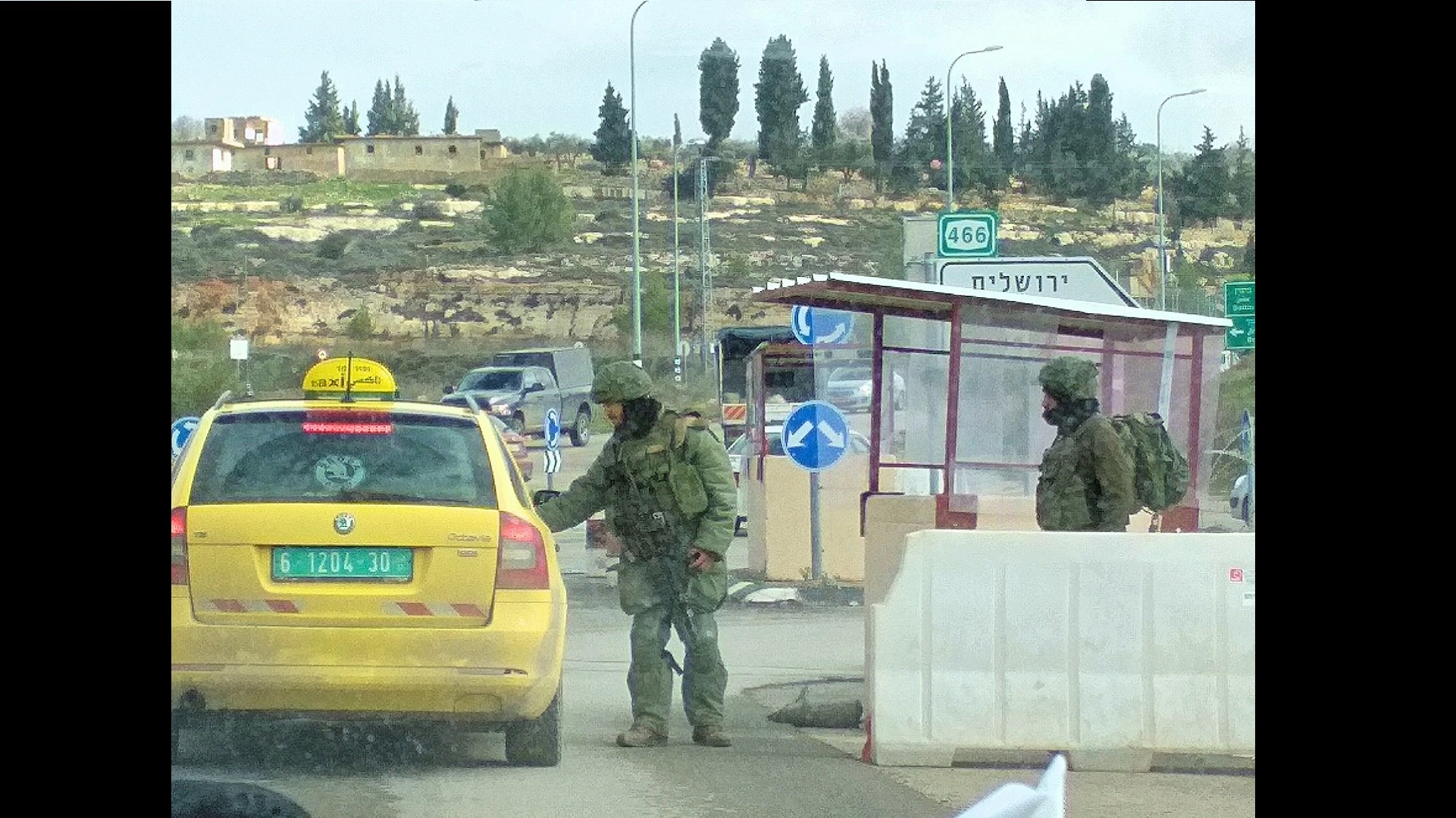 An Israeli soldier standing watch over traffic in central West Bank. A single soldier has the power to close a checkpoint and bring all traffic to a standstill. 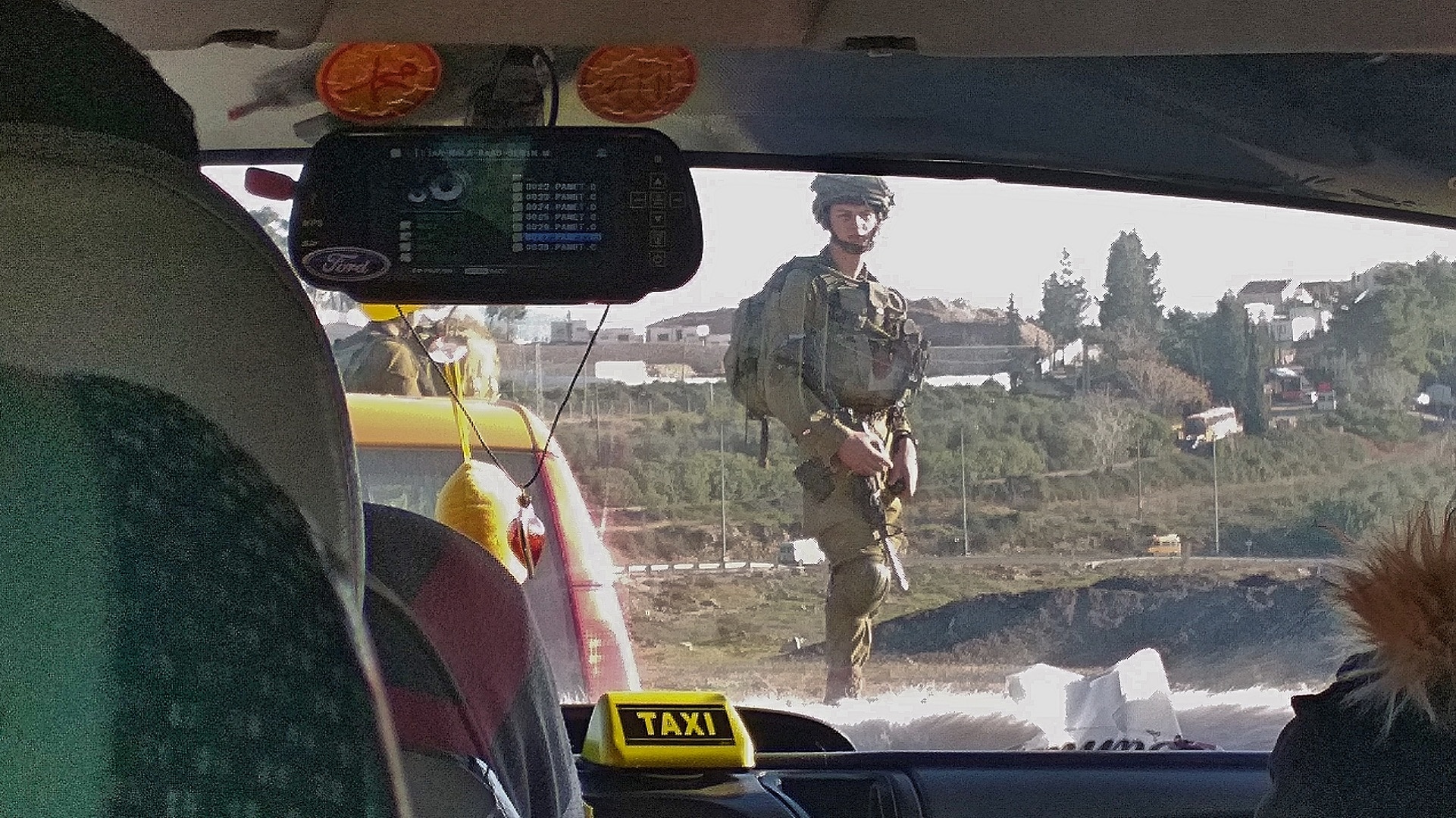 Soldiers outside the Ibrahimi mosque in Hebron. Two soldiers who followed our group while we were walking in Hebron. Israeli soldiers manning a street in occupied East Jerusalem, which has a Palestinian majority population. 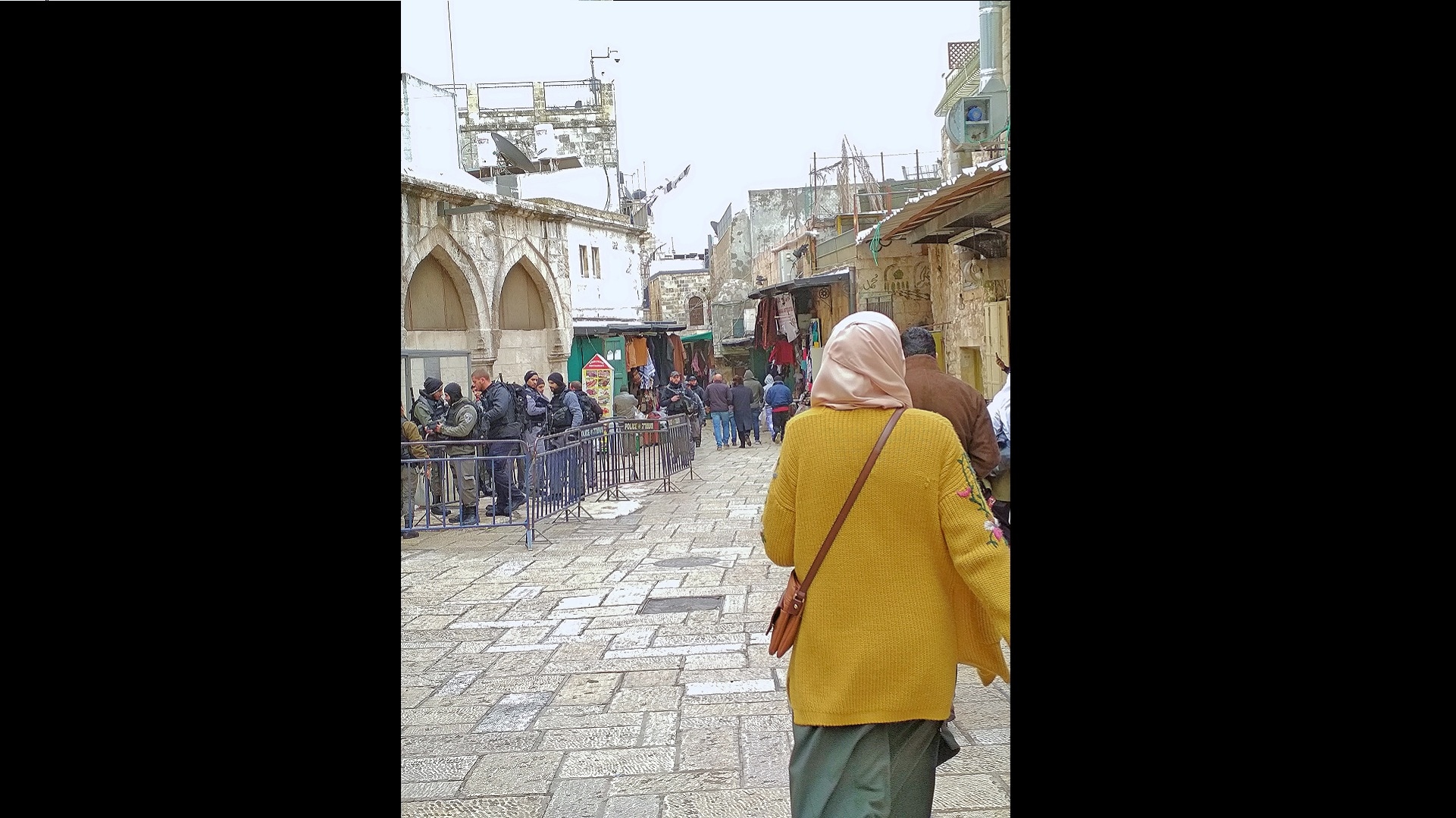 A Palestinian man asked to lift his shirt to check for weapons by Israeli soldiers inside the security box. Jews and foreigners usually pass through without even their IDs being checked. Such humiliation is routine in Palestinian lives. 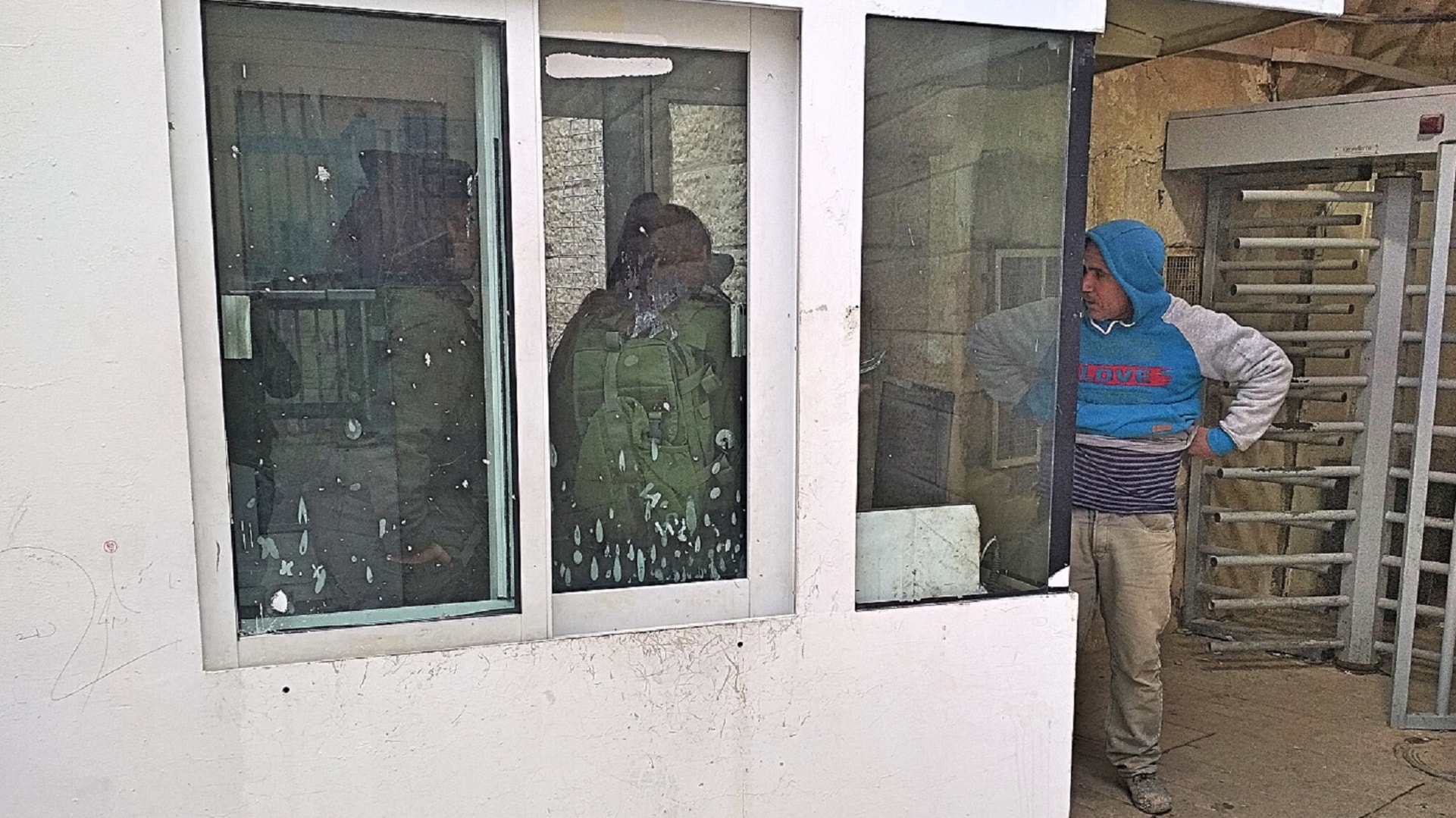 Previous post: Fences, Walls and segregation — the architecture of oppression