No democracy without the courts

Editor's note: A nation’s legal system is integral to how its citizens look upon issues that concern the country in general and their individual lives in particular. Despite having the world’s longest Constitution — not to mention, one that has gone through numerous amendments and the many directives by the Supreme Court that have secured the stature of de facto law, the Indian law books have struggled to evolve at a pace commensurate with the rapid changes society has undergone. As the load of being archaic becomes heavier on our law system, Firstpost introduces a 10-part series titled 'Letter of the Law' to push forward the debate on legal practices and the law itself. The series will explore a variety of aspects pertaining to Indian law through opinion and analyses.

A recent editorial at The Hindu pointed out the disastrous consequences of the Supreme Court’s judgment directing the ban on serving or selling alcohol within 500 metres of a national or a state highway. The consequences such as the loss of revenue for state governments, and losses of jobs and businesses were pointed out as compelling reasons for the court to re-consider the “ban” it has imposed in its judgment (and re-iterated recently). They are not the only ones. State governments and various associations approached the Supreme Court with just this claim, only to be largely rebuffed or just receive minor concessions. There’s a problem, however, with attempting to criticise court judgments on the basis of consequences alone. As Anuj Bhuwania’s excellent book on the problems public interest litigation points out, it doesn’t allow us to engage with the deeper systemic flaws in the institution that is resulting in such outcomes. In addition, it is not always possible to foresee consequences beyond the immediate – in the present case, would the ban be retroactively justified if there’s an actual drop in drunk-driving related highway deaths?

Moreover, merely criticising outcomes also obscures the differences in the way institutions are supposed to function under the Constitution, and understanding whether they are doing so. To take a hypothetical: would it be acceptable for the Parliament to put an end to the practice of triple talaq by passing the law as a money bill and sans debate? Would the good outcome and positive consequences justify the lack of legitimacy through which this was done? The answer would obviously be no.

Unfortunately, when it comes to the court much of the criticism is based on such consequence-oriented thinking – not only from laypersons and commentators but also certain lawyers who should know better. This is perhaps forgivable to some extent because unlike the Parliament, the court’s functions in a constitutional democracy such as ours is not always so clear or obvious.

The purpose of constitutional courts in a democracy

If we just examine the Indian Constitution, the scope and range of a constitutional court’s powers seems vast. Just the Supreme Court for instance is tasked with:

Hearing cases between the Central Government and the States, or between States (except inter-state river water disputes).

Hearing criminal cases where the High Court has overturned an acquittal and imposed the death penalty.

Hearing any appeal against any order of any court in its discretion.

Transfer cases from one court to one another.

Hold hearings and direct the removal of members of the Central or State Public Service Commissions.

Striking down central and state laws for being unconstitutional.

Striking down actions of central and state governments for being unconstitutional.

Direct state and central authorities to carry out their lawful duties where they have failed to do so.

This is just the list of its judicial functions, to say nothing of its legislative and administrative functions! Of course, it shares the last three functions in the list with the High Courts as well, but just this list points out to the difficulty of trying to understand what the court is supposed to do, as an institution, under the Constitution. 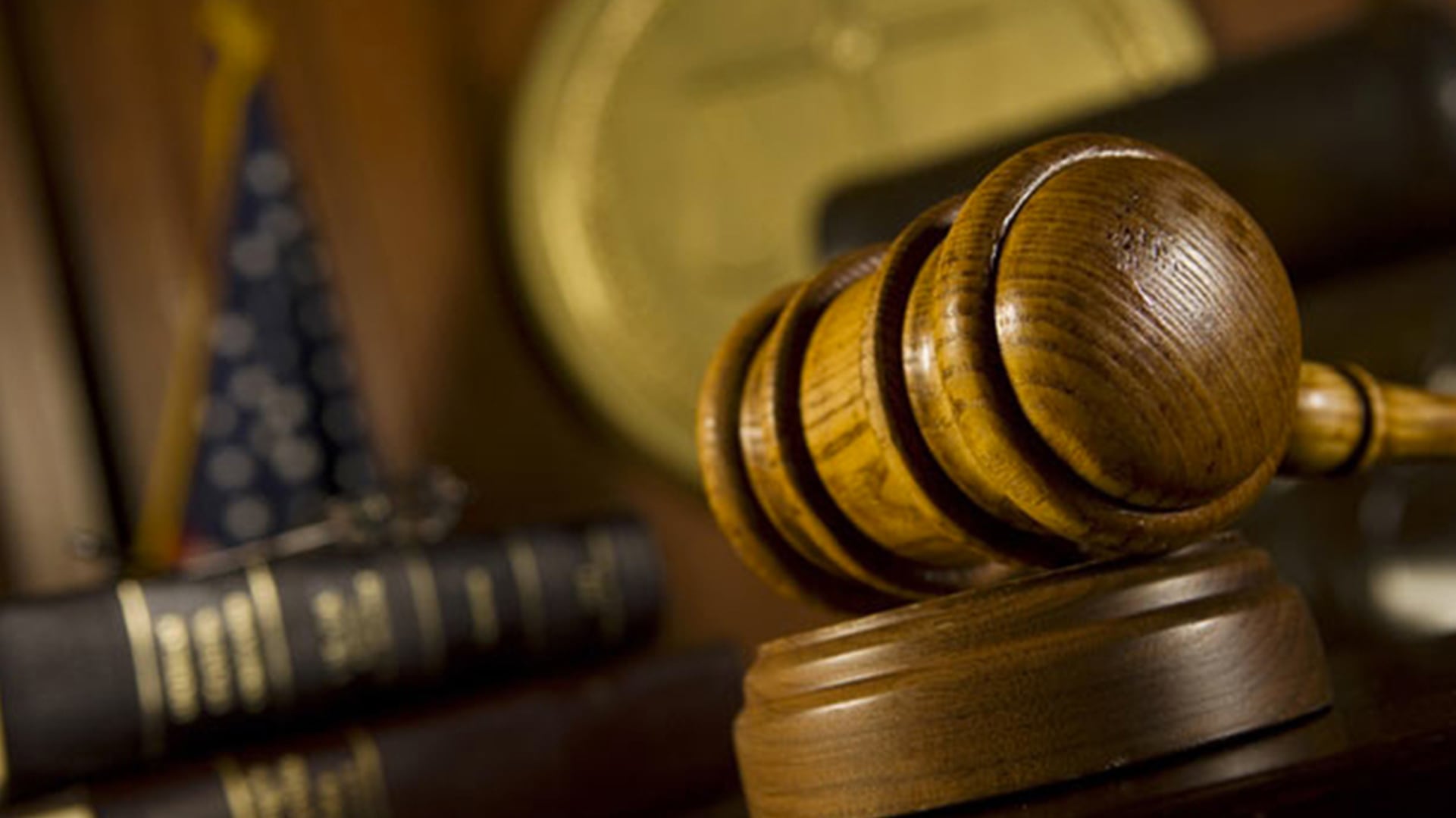 There are some cases of course where the court has simply not done its duty at all, or done so in a manner that goes against every norm that guides a court’s functioning. Take for instance the National Anthem case or the BCCI case – in expanding its powers, the Court has made absolutely no reference to the text of the Constitution at all (or for that matter any law), in making far-reaching directions to private individuals and entities. There is also the doctrine of “constitutional evasion” as Gautam Bhatia calls it, where the court has simply just refused to hear cases concerning important constitutional question on rather flimsy grounds. Both these problems – of passing orders and judgments with no grounding in law or in the Constitution, and of simply abdicating its constitutional responsibility are worrying trends that go far beyond just getting the law and its principles right. They represent an institutional failing, where the court has failed to function as a constitutional court properly understood in the constitutional sense.

This raises a further question though: Why do we need a *court* to settle the interpretation of the Constitution? Are disputes about the Constitution incapable of being resolved politically, at the ballot box?

Courts as a check on majoritarian power

It’s a curious thing that while initiating the radical measure of universal adult franchise for the first time in Indian history, the framers of the Indian Constitution also did something diametrically the opposite – ensured that the final say on the legality and validity of laws made by the body elected through such universal adult franchise would be subject to the judgment of a small group of unelected men and women. Why would the largest democracy in the world curtail the powers of a democratically elected institution thus?

The answer lies in understanding that a democracy is not rule by majority. It is not just having periodic elections, and it certainly not just having a legislature make laws with no limits and accountability. A democracy is more than that. It is first and foremost a system of government, and not just the whims of whoever enjoys political power. That means adherence to the procedures and principles enshrined of the Constitution of India while governing. 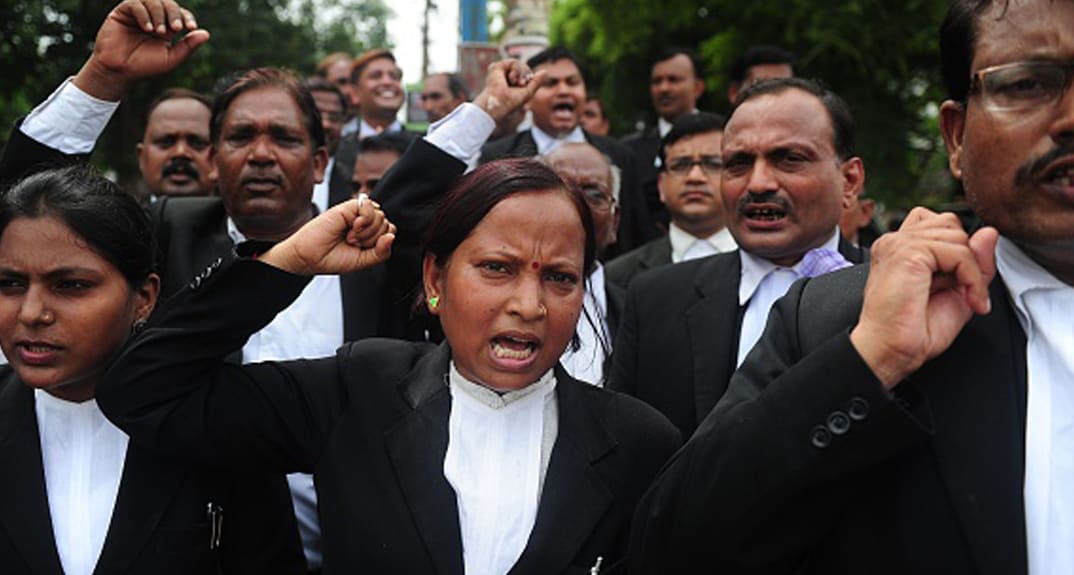 It is this that the courts in India have been tasked with – to ensure that governance is carried out in accordance with the principles and procedures of the Constitution.

Note: I have used the word “courts” instead of “constitutional courts”. It is sometimes misconstrued that the great battle for civil and political rights is fought in the courtrooms of the Supreme Court and the High Court, while the reality is that the humble magistrate’s court probably does far more on a day to day basis to protect individual rights than the Supreme Court or the High Court could ever hope to. It is here that the most basic rights to life and liberty enshrined in law are battled over every day across the length and breadth of the country. That the courts fail at their task sometimes is a given – they are human institutions capable of human failings.

Courts, at all levels, therefore play an important role in ensuring that a constitutional democracy stays one.

The limits to the powers of the courts

Each of these powers can be traced to the judgment of the Supreme Court of India which fundamentally altered the nature of the balance of powers between the Government and the judiciary, tilting it further towards the judiciary. In the first and third instances, it happened as part of an existential battle between the judiciary and the government, where it could justifiably be said that the independence and the powers of the judiciary were under an existential threat. Since then there has been a greater expansion of the court’s powers that should give us pause and question the court.

Two recent instances prompt this: the NJAC saga and the terrible handling of the Kalikho Pul suicide note. While the court’s judgment in striking down the NJAC amendment has had its supporters and detractors, its subsequent failure to rectify the deficiencies in the collegium system, in a transparent manner is unforgivable. Sixteen months after the court committed the blunder of asking the Government to modify the memorandum of procedure for appointment of judges along certain lines with a view to improve the process, we are no clearer to a final draft. Worse, citizens are in the dark as to the actual content of the proposed changes and the grounds for disagreement. This reek of palace intrigue has no place in a constitutional democracy.

Worse perhaps was the shoddy handling of the Kalikho Pul suicide note which alleged corruption on the part of Supreme Court judges. Whatever its truth or otherwise, the way the Supreme Court handled this high-profile case has done little to suggest confidence in the Court’s capability to handle such complaints impartially in the future. Blame for this must squarely lie at the feet of the Chief Justice of India; his response to this incident has damaged the institution. How do we (the people, not the government) hold the court accountable for its failures, its excesses, its abuses of power? The Constitution of India only allows individual Supreme Court and High Court judges to be impeached by Parliament for misconduct – a power that has been used rarely, for good reasons. True it is that the institution works through its judges, but impeachment is supposed to address individual, personal failures rather than institutional ones. The conduct of judges in court is also strictly off limits for discussion in Parliament unless it is during an impeachment proceeding. It doesn’t provide an avenue for us to address the weaknesses in the institution.

Perhaps the answer lies in an active Bar, media and civil society being unafraid to criticise the institution for its failings and holding up a mirror to it. This too has its shortcomings – the court exercises the power of contempt with little principle and precedent, and much resentment and insecurity, acting as a chilling effect. A Prashanth Bhushan or Arundhati Roy may fearlessly dare the court to hold them in contempt for alleging corruption on the part of judges, but not everyone can have the same capacity to do so. How therefore do we hold the institution to account?

This is not a problem with an obvious solution. More so because whatever the fix, it has must be a carefully thought out one that addresses the shortcomings without damaging the institution. If we accept that the Supreme Court will have the last say on the validity of laws, a solution imposed from the outside will not work. A solution from within also does not seem to be forthcoming. It is an unhappy status quo, and one that will require much thought and careful effort to rectify.

The author is a lawyer based in Bengaluru who has graduated from the NALSAR University of Law and obtained his masters degree from the University of Oxford. He has been a Senior Resident Fellow at the Vidhi Centre for Legal Policy. He writes on matters relating to judicial reforms, constitutional law and public law.