Jane Eyre is a young orphan in the nineteenth century and hairless in all the right places. She can tie her hair up in a bun without worrying about how it might reveal the hair on her face. She is abandoned, eventually brought up by really wicked folks who throw her in a room to deal with her first period, and although she's scared, she deals with it like a boss. Incidentally this was the very 'Red Room' where her Uncle Reed earned his red wings, sailed the red sea, so to speak. But no one ever talks about that. Growing out of her puberty, she decides to become a governess and finds a job at Thornfield looking after a girl called Adele — who could (and actually) did have it all.

She takes long walks with Adele's hottie dad Rochester at Thornfield since she can afford to walk in sunlight without worrying about how the sun hits her bleached face (because she doesn't have to). They bond through passive-aggressive 'hot times' and decide they are in love.

She totally saves Rochester from a fire one night, which he is quick to blame the maid Grace Poole for. Ignoring the signs of Rochester’s rather peculiar blame-game, Jane still decides to get married to him anyway. Jane is still a valued member of the female race, lucky enough to never know what a late/irregular period is. On the day of the wedding, everything goes wrong and some deep dark secrets are revealed.

Turns out Rochester has a wife called Bertha who has been locked up because she's "mad". Rochester tries explaining to Jane what a pain this woman is with her wild mood swings and incoherent speech. What no one knows is that she probably has been menstruating for 45 days straight with two months of absolutely no periods in between. In all of this chaos, no one handed her a razor in her prison chambers to manage her hirsutism, so she's feeling suicidal about how “unwomanly” she looks. She keeps alternating between not giving a damn by turning up in the corridors of Thornfield at midnight with her dress hitched up to her thighs, running around yelling "Body hair is natural!" and sitting in a dark corner of the prison chamber crying over why her ovaries just never gave her a chance. Bertha has also been advised by doctors to stay true to her circadian rhythm because women’s hormonal cycles are delicate and by working the same hours as men, drinking and smoking like them, Nature will obviously punish them. “She's got to lose the weight”, they told Rochester long ago, also quietly whispering, “marriage usually solves the problem. They say the more hair a woman has on her body, the hornier she is”. But Bertha refuses to let a man pleasure her when she feels so horrible about her body. As form of exercise she runs across the mansion at midnight for some cardio but always ends up scaring someone or the other. 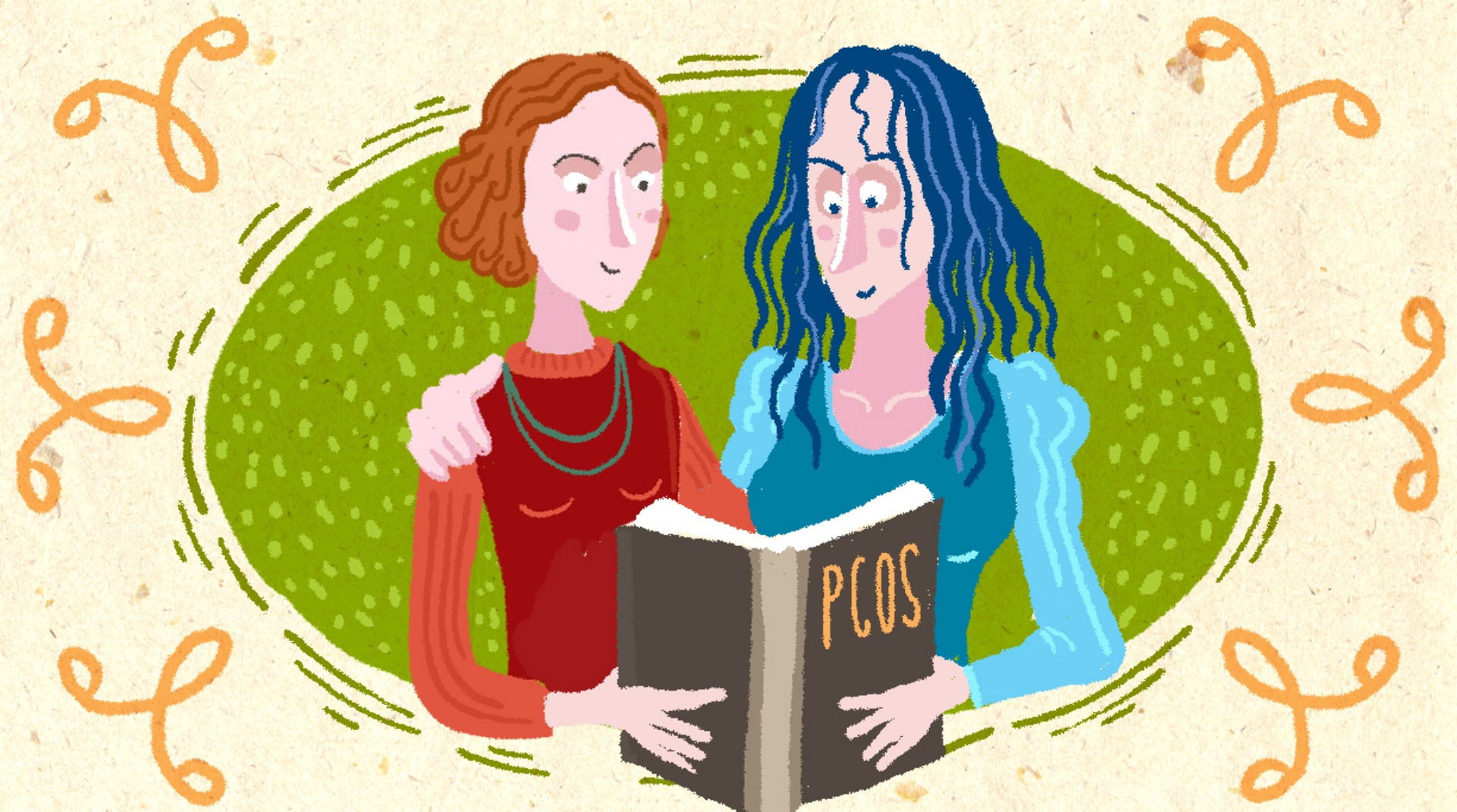 However, our maid, Grace Poole, specifically hired to take care of Bertha, is having none of this low Glycemic Index, less-carbs, complex carbohydrate, maybe-you-should-try-keto crap because who has the time? So Bertha's stuck in a prison of bad food habits, horrible medical attitudes and a lover who finds her emotional trauma more convenient to lock up and ignore than actually address.

Jane is made of sterner stuff than being sucked into Rochester's excuse for deceit and takes her healthy ovaries and bounces out of Thornfield. Then she sort of meets a few people, who it turns out, she is related to, and comes into a lot of money unexpectedly. One of her cousins tells her about her own problems with acne breakouts and increasingly thinning hair, eventually revealing that she is afflicted by something called polycystic ovarian syndrome (PCOS) — which sounds like a type of bacteria one would discover in Grace Poole's cooking.

Jane, being conscientious and governess-y reads up as much as she can about it (but let’s remember she can’t enter a public library because she is, you know, a woman) and going by what little she has, realises this might be what Bertha suffers from. She asks a doctor about why her cousin is not as "mad" as Bertha and learns that the syndrome has myriad permutations of symptoms, different for every person. She takes her share of her inheritance and waltzes back to Thornfield just in time to see Bertha try and burn the house down in the middle of spuriously trying to burn her arm hair off over the kitchen fire.

Uncle Reed's ghost still hangs around in the mortal world, hoping to sail the red seas again some day.

She assures Bertha that she isn't in fact mad or crazy and that help is around. Rochester is finally educated about the endocrinal disorder and realises Bertha was deeply insecure and anxious due to the war her body was waging against her, which led to her grappling with the societal constructions of what “looking womanly” entails. Bertha is given some medical attention and a few years of learning how to successfully manage PCOS, she decides to try on some holistic methods as well. Jane's cousin decides to stick with the medicine route and Jane learns that everyone has their own choices to make and paths to take out of the syndrome.

Rochester goes blind in the middle of all of this and Jane marries him. She feels thankful for her regular periods that make baby making a lot easier, and decides never to complain about getting her period again. Bertha moves out and becomes an intense poet who chronicles her struggle with the syndrome with moderate financial success.

Uncle Reed's ghost still hangs around in the mortal world, hoping to sail the red seas again some day.

The author is a published writer, poet and editor finishing her second Masters from the University of British Columbia.