Editor's note: A nation’s legal system is integral to how its citizens look upon issues that concern the country in general and their individual lives in particular. Despite having the world’s longest Constitution — not to mention, one that has gone through numerous amendments and the many directives by the Supreme Court that have secured the stature of de facto law, the Indian law books have struggled to evolve at a pace commensurate with the rapid changes society has undergone. As the load of being archaic becomes heavier on our law system, Firstpost introduces a 10-part series titled 'Letter of the Law' to push forward the debate on legal practices and the law itself. The series will explore a variety of aspects pertaining to Indian law through opinion and analyses.

Everything of commercial value today is patented, copyrighted, or protected by some form of intellectual property right (IPR). IPR holders are quick to enforce their rights in courts when they perceive a threat or infringement of their IPR by third parties. Indian courts generally order payment of royalties to the right holder in such cases, and/or restrain the infringing parties from using the intellectual property (IP) in question. 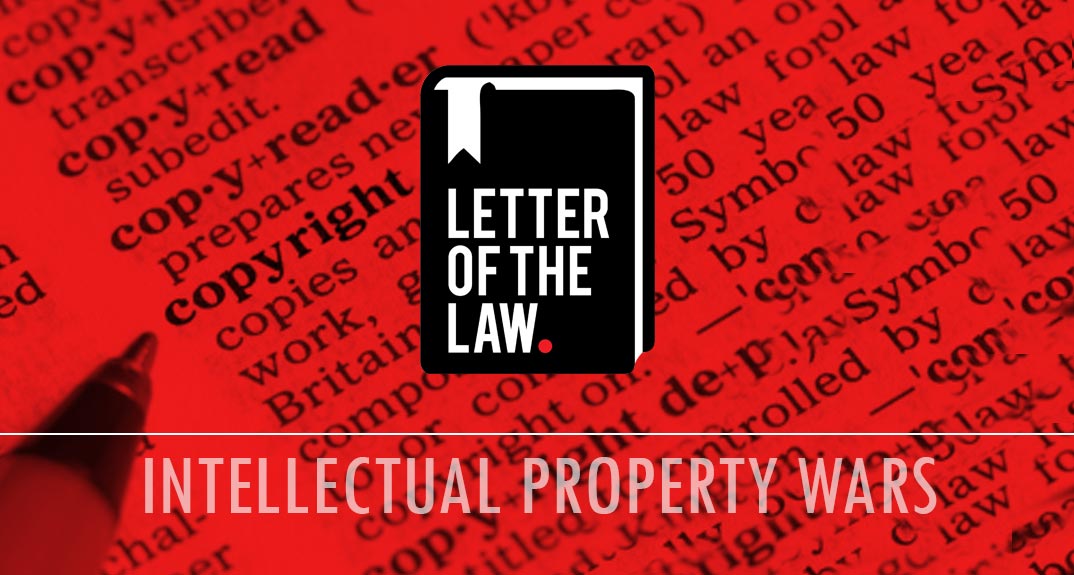 IPRs are “exclusive” rights because they confer a monopoly on the right-holder to commercially exploit their IP such as inventions (in case of patents) and creative works (in case of copyright) and anyone who wishes to use such inventions/creative works must do so only with the consent of the right-holder. The law in India and other countries, however, does provide for public interest exceptions to such rights. For instance, certain exceptions in the Indian Copyright Act serve to protect certain specific uses of copyrighted materials, typically, where the work is for personal and non-commercial use. Similarly, Indian Patents Act permits third parties to use a patented invention without the permission of the right-holder in certain limited cases — the compulsory licensing provision aimed at ensuring access to medicines is one such measure.

The public interest considerations in IP law have informed Indian courts when deciding infringement cases, and courts have leaned towards upholding socio-economic ideals such as access to education and public health. Issues such as lack of affordable medicines and access to knowledge are concerns which affect millions of lives in a country like India and therefore, cannot be overlooked when deciding to what extent limitation (if any) should be placed on private rights such as intellectual property rights. However, when public interest exceptions are interpreted too broadly by Indian courts, it raises concerns of abuse of public interest provisions by third parties, as was the case in the DU Photocopy row. It began in 2012 when Delhi University (DU) and Rameshwari (a photocopying shop located in DU premises) were sued by international publishers — Cambridge University Press, Oxford University Press, and Taylor and Francis — over the preparation and distribution of course packs to university students. In this case, the Delhi High Court had to interpret section 52(1)(i) of Indian Copyright Act and determine whether the making of course packs by DU using the publishers’ copyrighted material (without the publishers’ permission) amounted to copyright infringement. Section 52(1)(i) permits teachers and pupils to reproduce copyright works “in the course of instruction”, treating such reproduction as an exception to copyright infringement. Section 52(1)(i) is known as an educational exception in copyright law and similar provisions can be found in the copyright laws of other countries.

According to the publishers, the course-packs contained substantial portions (5 percent to 33.25 percent) from academic books published by them, which had been prescribed in DU’s course curriculum. They argued that the right to copy in section 52 was not an absolute right and subject to a ‘fair use’ scrutiny. Therefore, one of the main issues before the court was whether the educational exception was subject to any limitation or restriction.

The single judge bench of the Delhi High Court which first heard the matter, dismissed the suit in September 2016 after finding that the making of course packs by DU was covered by the educational exception. The court refused to apply any qualitative or quantitative restriction to the right to copy, and observed that since the Legislature had not placed any limitation on the educational exception, it was not the mandate of the court to do so.

The effect of the High Court ruling was that so long as the reproduction of works was for the purpose of instruction, it would not amount to copyright infringement. The single judge bench order was upheld in appeal by the Division Bench, following which the publishers decided not to pursue the suit any further. Notably, the publishers in a Joint Statement stated, “We continue to stand by the principles stated throughout this case. We support and seek to enable equitable access to knowledge for students and we understand and endorse the important role that course packs play in the education of students”. 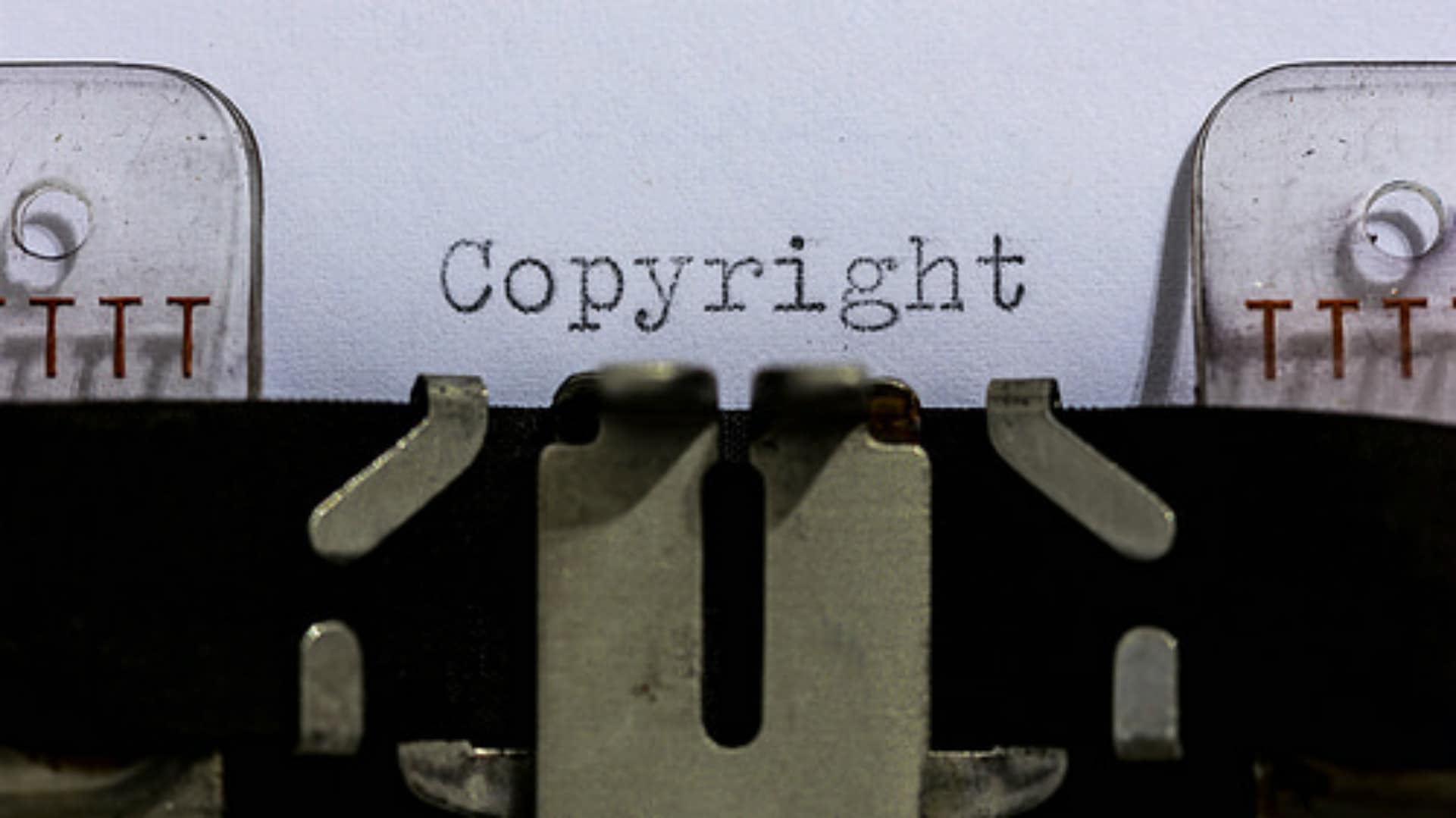 What is striking about the publishers’ statement is the surprisingly docile attitude with which the publishers yielded to DU and Rameshwari, almost as if resigning to the notion that they were fighting a losing battle in India. These were the moguls of the academic publishing industry, for whom the benefits of successfully fighting copyright infringement cases of this kind would far outweigh the legal expenses incurred. Given the Indian judiciary’s proclivity towards favouring public interest over private rights, it would not be wrong to surmise that the publishers recognised this and thought better than to pursue the case any further. While the outcome of the photocopy case is certainly a desirable one, the court’s refusal to define the contours of the educational exception invites concerns of the misuse of this right at the expense of copyright holders. Further, an unfettered right to copy (as recognised by the Delhi High Court) risks exposing India to criticism in international forums for weak protection of intellectual property rights.

The single judge bench in its order specifically held that the ‘fair dealing’ test would not be applicable to the educational exception in section 52(1)(i). Fair dealing itself has not been defined anywhere in the Copyright Act, however, it is closely related to ‘fair use’, the term used in the US copyright law. The publishers in their arguments had proposed that the Delhi High Court apply the ‘fair use’ factors used by US courts with one of the factors being ‘the amount and substantiality of the copied work’. The High Court rejected the fair use approach suggested by the publishers and held that so long as the copying was done for the purpose of education, it would be considered fair use. This effectively means that the amount of copying done (whether substantial or not) would be irrelevant and in theory, full copying of copyrighted works in the name of education could also be excused under the educational exception.

Students and academics definitely stand to gain from such a broad interpretation of the educational exception; however, there are some grim prospects to be considered such as the international implications of this decision. India has an international obligation to protect IPR under the Agreement on Trade Related Aspects of Intellectual Property Rights (TRIPS Agreement) which lays down the minimum standards of IPR protection to be followed by member countries. Internationally, India has faced flak in the past for not adequately protecting IPR in its territory by giving in to public interest sentiments. The US constantly quibbles with India calling India’s IPR protection regime weak, especially with respect to compulsory licences on pharmaceutical patents. The High Court in the DU Photocopy case should have defined the scope of the educational exception to avoid this perception from being reinforced.

Since the court left it to the legislature to place restrictions on the educational exception, it is important that policy-makers take proactive steps to clarify the limits of the right to copy and vindicate India of its image as a weak-IPR enforcing nation. One approach could be to adopt guidelines similar to those of the Copyright Licensing Agency in the UK, which allow copying of works for teaching purposes only where the work is used (solely) to illustrate a point, non-commercially, as fair dealing and accompanied by sufficient acknowledgment. While public interest is an important consideration for Indian policy-makers in matters involving IPR, there needs to be some semblance of a balance between right holders’ interests and those of the public.

Devika Agarwal is a Delhi-based lawyer who focuses on Intellectual Property Rights.