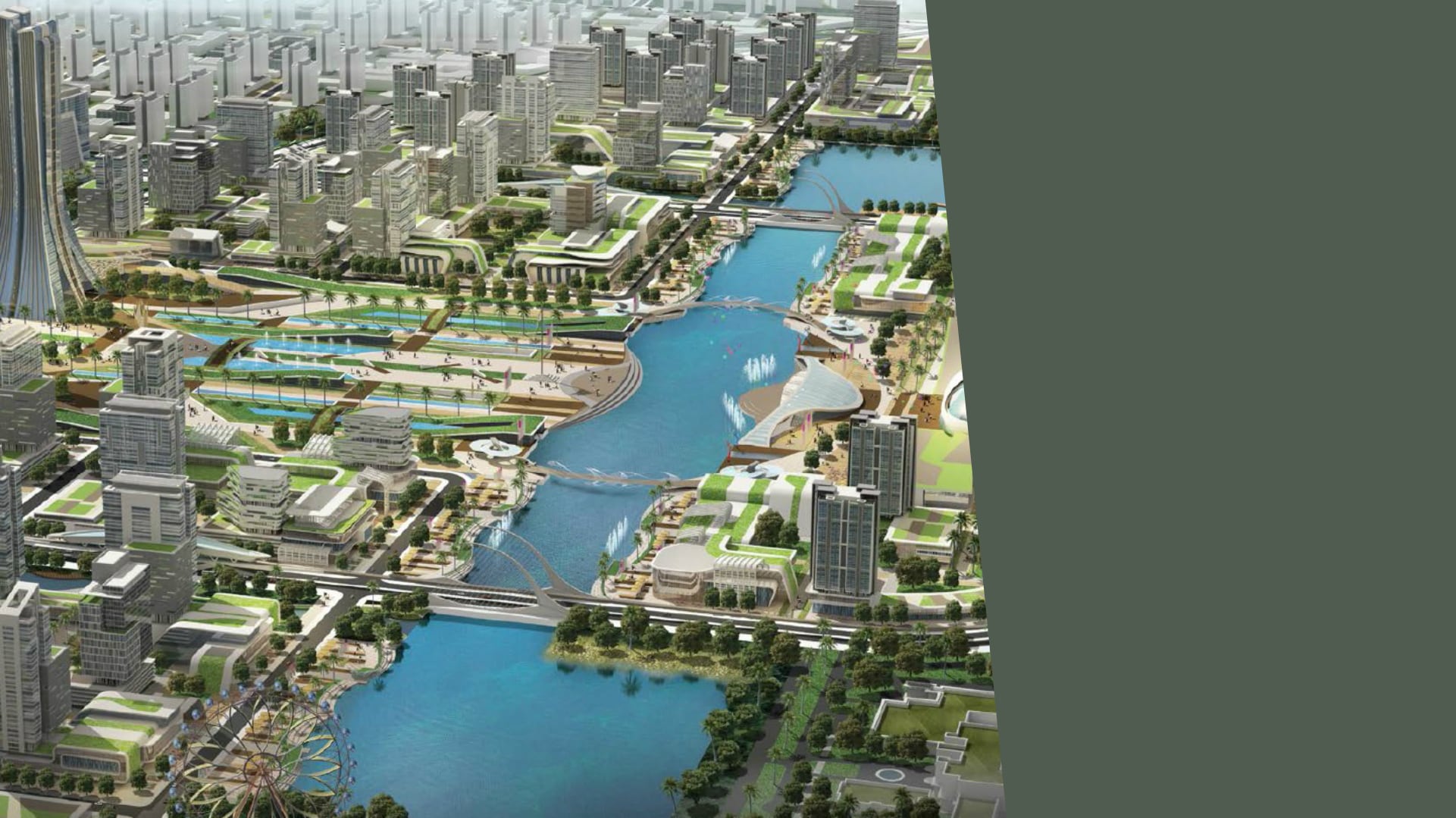 The second part of the series throws a harsh light on the AP government's flawed land pooling scheme.

May 10, 2017: When the Andhra Pradesh government launched its Land Pooling Scheme (LPS) in December 2014 for acquiring land for the new state capital of Andhra Pradesh, it drew the attention of the entire country. It was certainly a marvellous policy and the government managed to gain the trust and faith of the rural population in the area identified for the capital. Through the Andhra Pradesh Capital Region Development Authority Act, 2014, the government claims to have collected at least 33,000 acres of land from over 29 villages in the identified region to build its 'world-class' state capital. The government maintains that this land was offered voluntarily by individual farmers. The supposedly successful land pooling scheme has become a model for the rest of the country as an alternative and comparatively peaceful method for acquiring land for infrastructure projects. 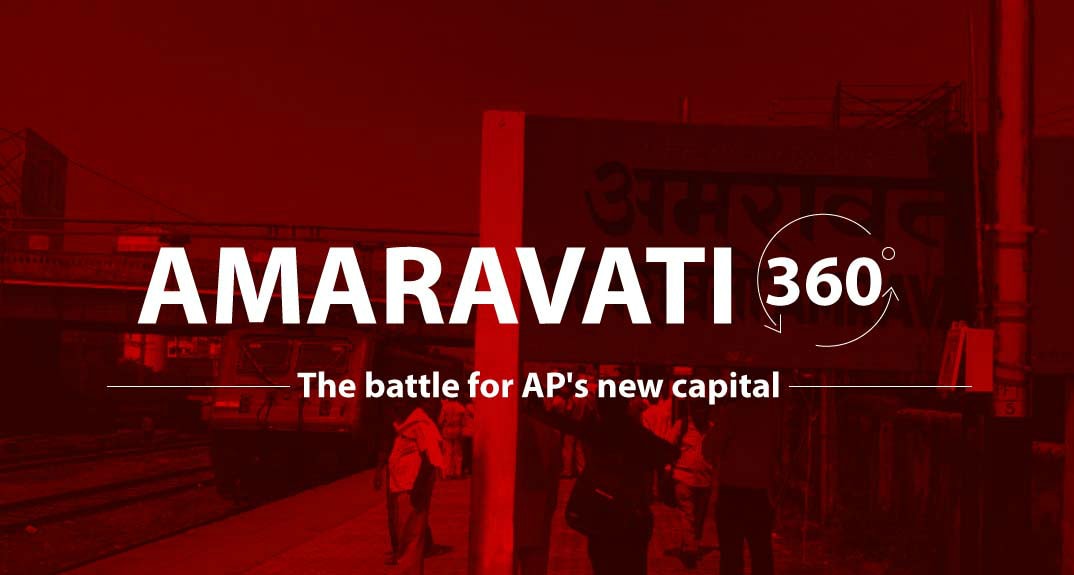 The Chandrababu Naidu-led government has proposed to complete the development of the capital city on these plains within the next ten years. It proposes to return on an average 30 percent of the developed land to the original landowners. The government has also proposed an annual compensation, apart from exempting owners from capital gains tax and stamp duty on the first sale. No doubt, the immediate feeling around this scheme was positive.

Just after a few weeks from the launch of the LPS, resident villagers woke up to the reality of the scheme. Scepticism simmered and resistance emerged as the 'voluntary' aspect of the scheme being promoted by the government was getting tampered with. Villagers in Undavalli, Penumaka, and Rayapudi unitedly resisted the LPS.

Manam Bose Reddy, a farmer from Undavalli says, "Some lands were also burnt. They sent the police after us — they surrounded the borders of the whole village and the police picketing was arranged in a way that we could not move around. All of this scared the farmers; they felt threatened and gave away their lands. Only 10 percent of the land from our village has been pooled and in this way." Bose Reddy earns at least Rs 1 lakh from each of his 10 acres of land. "When will he (the chief minister) return our lands? If we give our lands now and the proposed development does not take place, what will we get? We do not know where he will give the land. In this village, land is costly, right? He (the chief minister) said that he will take land from one village and give us some land in another village, but will anyone take land in another village? Compensations take time to arrive and the developed lands would be available only after the capital is built. What if it takes longer? How would the records be maintained? How would we adjust to a changed livelihood?" he asks. 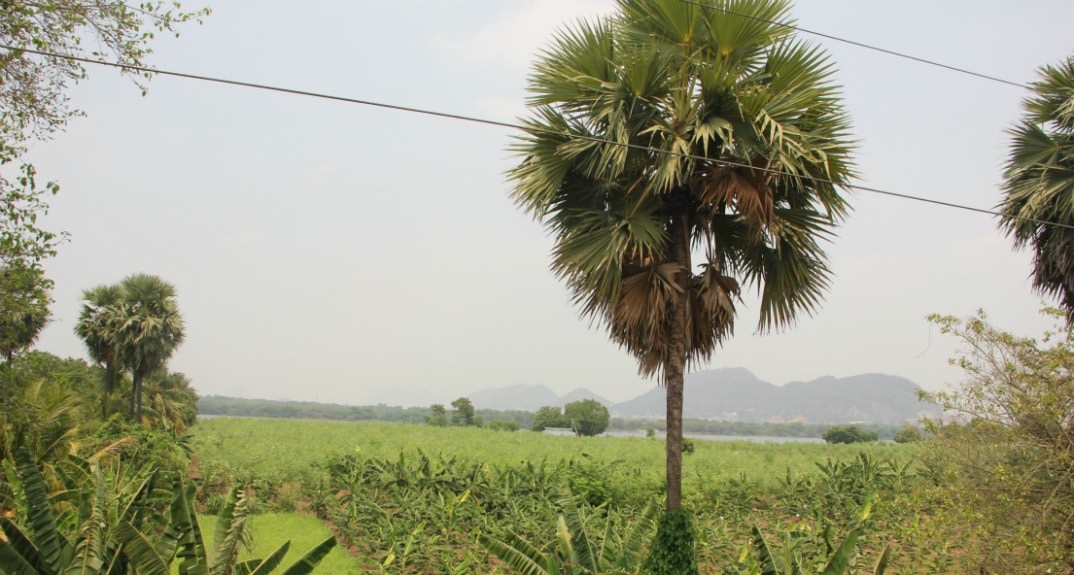 If these fields are gone, their livelihoods will be disturbed or gone too.

Bose Reddy explains the plight of his fellow villagers, “Now they are dependent on an income based on agriculture. They are able to earn their livelihoods. They are not at the mercy of the government. If these fields are gone, their livelihoods will be disturbed. Because there is land, we have to grow something in it and so some of them come and work in these fields. If we give our fields for pooling, we would end up selling tea or something. What will they (labourers dependent on the farmers) do? They also need to move somewhere. What will they do till the capital is built and developed and how can they be idle if takes like 50 years to develop the capital? People here were worried.”

These concerns lie unanswered as political and caste dynamics at play in these regions further complicate the situation, fostering an environment of mistrust and scepticism. “The capital is at least 25 kilometres from here. That’s why nobody has given lands for pooling here — this is a riverbed area. He (the chief minister) will buy this and sell this riverbed area to people from other countries. That’s it, it’s not about the capital. The capital won't come here. It's all about selling lands to foreigners; that’s why he is demanding our agricultural lands,” says Bose Reddy, simmering with anger. 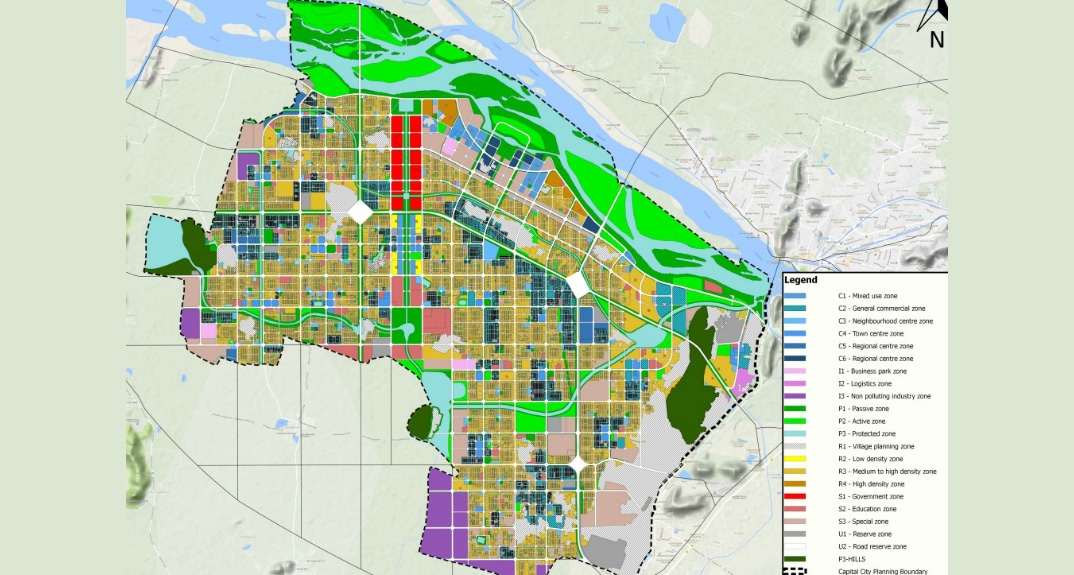 If we give our lands now and the proposed development does not take place, what will we get?

Scare tactics used by the ruling party at a time when people need counselling and support haven't helped. Guntipalli Devari*, a marginal farmer asks, “The amount of land that we will get back after so many years of development is not fixed at a flat rate. Different groups have different figures. I am told I will not get any compensation. My land is an 'assigned land'. We have been living on it for generations. What if the capital doesn’t happen at all?” Devari refers to an age-old government initiated and recognised system, where Dalits and people of certain marginal castes and tribes were given rights over no-man’s land parcels on which they resided and earned their livelihood from, for generations — thereby classifying them as assigned land. 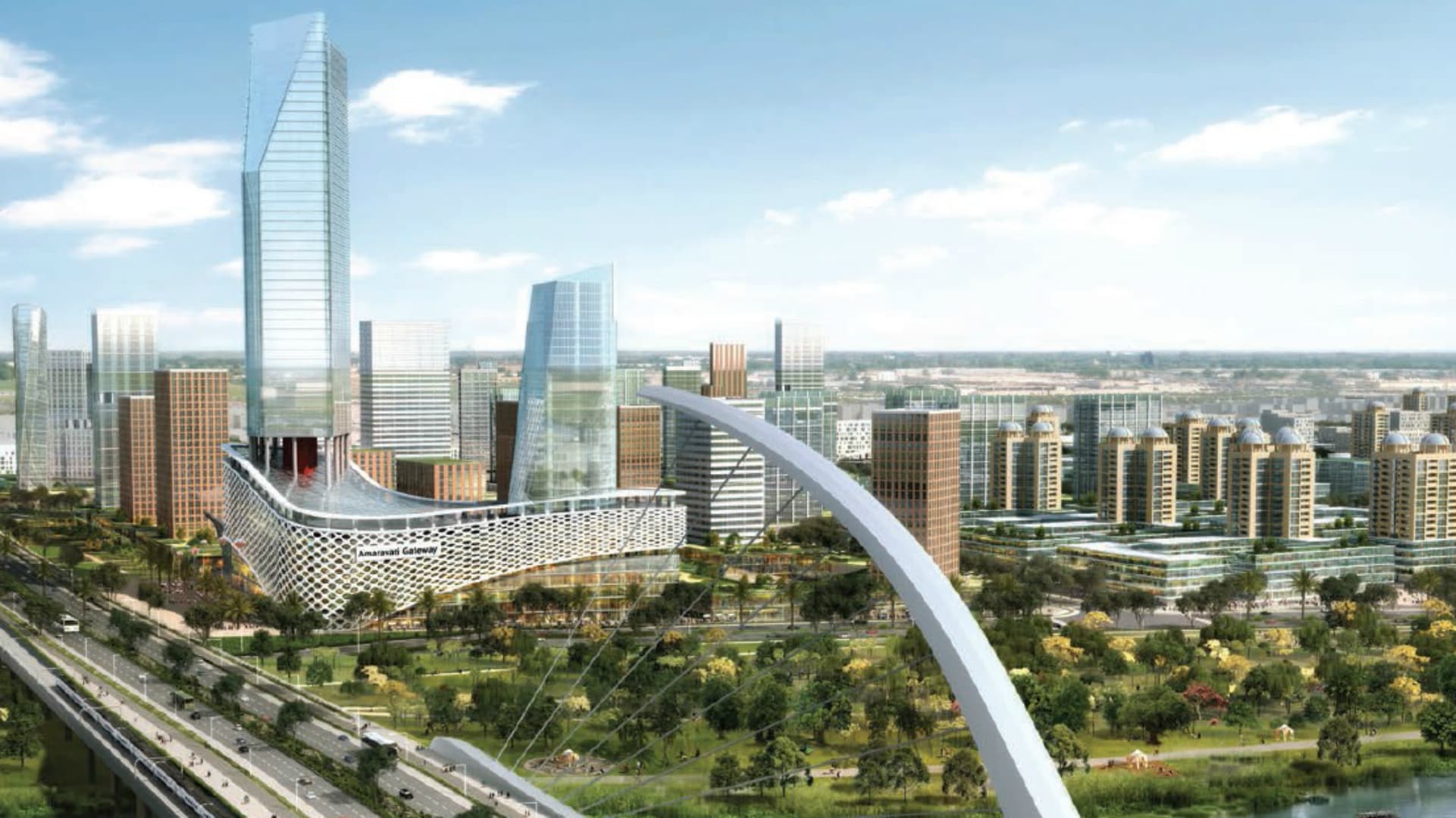 Devari raises a pertinent question, feels Anumolu Gandhi, a prominent leader and activist, who has a strong voice against the government. Gandhi thinks that the government has no real intention of building a capital in that region and that it is merely playing with the lands (and associated livelihoods). Gandhi owns over 100 acres of land in Lingayapalem, a village that has wholeheartedly participated in land pooling. He is the only one who has raised the voice of dissent by holding back his lands. Gandhi has spent time explaining to the Dalit population in neighbouring villages not to part with their lands either. "The government is trying to cheat us all," he says adding, “Every minister is saying that assigned land means government lands. Kantilal Dande, the collector has said the same thing to the Dalits. If assigned land is government land, what are colony houses? Actually, what the government is doing is wrong. The difference between patta land (legally owned land) and assigned land is that assigned land is not saleable." Gandhi questions as to why the compensation for patta/titled and assigned lands be different?

Ever since the LPS was launched, Gandhi took it it upon himself to meet, explain, and unite the Dalit farmers and daily wage earners in the proposed capital region about the perils of LPS and advised them not to give away their lands. "I have a stronghold here. I was a student activist and a BJP leader. Thousands came to my meetings when I called; I held these meetings in front of the people who threatened us for our lands. If they attacked me there, they would have faced a grave counter reaction and the LPS would have gone for a toss. We used this to our advantage. We understood the reasons behind land pooling; we had to only observe the idea closely and fight back. That’s exactly what we did, we observed the idea of pooling carefully and fought,” he says when asked if he was threatened.

Advocate Ch Nirmalatha practices in the city but hails from Undavalli, a well-to-do village close to Vijayawada. She fights for her village, her own lands, the cultural identity of her people, and for the burial ground of her father that lies on the 30-acre land that she owns along with her siblings. "From the first day, we have been pleading with the government to not take the fertile lands. First, it's about environment. This was a completely green belt, but these last two years have left it dry. Vegetables in the city have become scarce and expensive as agriculture has stopped in these villages,” she regrets.

Nirmalatha and her villagers think phasing the development process over different levels would be beneficial. “We suggest taking 500 acres first, build it and then go for more. That way we would also gain trust and see the changes happening. We all think that not more than 2000 acres of land is required to build the necessary infrastructure for the capital. Now officially 33,000 acres he (the chief minister) says he has obtained. But unofficially, we have come to know, 1,50,000 acres is his target,” she alleges. 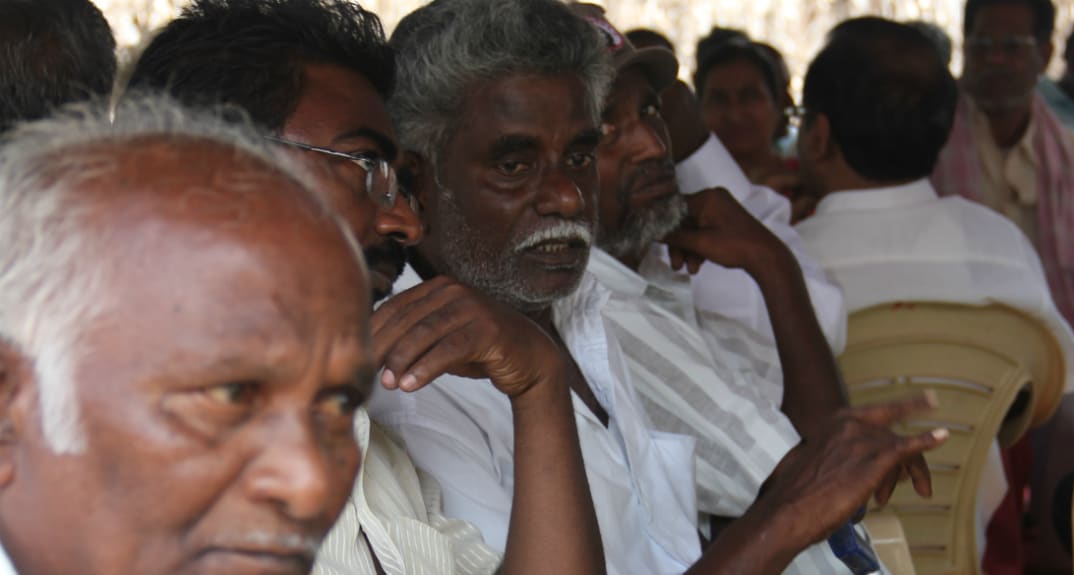 If assigned land is government land, what are colony houses? Actually, what the government is doing is wrong.

To offer land for pooling, owners have to fill up a form and sign an irrevocable contract with the government. Questions have been raised on the validity and legality of the LPS, unfair compensation, tenant farmers and the agricultural labourers that will be left in the lurch. The LPS does not promise the farmers, who had till now seen a good life, adequate compensation to ensure a similar lifestyle.

Former Union finance secretary, EAS Sarma, had said in a press conference in February that acquiring lands under LPS for Amaravati was in a clear violation of laws, he had predicted that scams and fraudulent activities are likely to take place under such loosely defined schemes. Sarma, along with Pandalaneni Srimannarayana, who submitted a petition in the National Green Tribunal against the damage being done in the frail ecosystem, has brought some grave charges against the government — one of them being misguiding farmers and making them forego their multiple-cropping lands. The duo claim that this move by the government threatens food security and the ecosystem.

Naidu has a lofty vision for the capital city. The people in the state want to share in that dream, but for the choice of the capital region — which lies on India’s most fertile stretch of agricultural land. In an interview with Deccan Chronicle in October 2015 the chief minister had said, "Farmers have happily given their land. They have all benefitted out of land pooling. The land prices have shot up seven times. If I don’t develop the land and build the city, will the farmers keep quiet?” The people in the capital region would like to believe so, but they are faced with the reality of discrimination and having their livelihoods uprooted.

While the problems faced by the land owners typically range over finding better compensation and adapting to a different lifestyle, the tenant farmers and landless labourers from the region who have lived here for many generations — those who would be the worst hit — are still struggling to find a voice. The Raithu-Coolie Sangha, the Assigned Land Farmers’ Welfare Association, the Dalit Bahujan Front, and the like represent them to a certain extent. PM Kamalamma, former member of the National Commission for Scheduled Castes, has tried to bring the diverse groups together showing a way for combined and united protests. A sudden visit from Medha Patekar a few weeks ago has brought them closer, though still not under the same umbrella.

*Name has been changed.