Dr Miles Taylor describes himself as a child of the end of the Empire, who spent his childhood travelling across the world, from Delhi to Singapore to Cape Town. Naturally, he developed an interest in the impacts of colonialism early on in his career. Now a professor of Modern History at the University of York, he takes classes on politics and parliament in Victorian England and its colonies. His new book, The Indian Maharani, is a reappraisal of Queen Victoria’s presence and contribution to the British Raj.

Drawing from official documents, literature and art, Dr Taylor has discovered that Queen Victoria wasn’t distant towards or disinterested in her Raj. Rather, she was passionately involved in Indian politics and life. She commissioned Indian art to record the landscape of a country she never saw herself. She bejeweled her crown with the Koh-i-noor and appointed in her court Indian nobility, who were considered ‘part of the family’.

Just as she was fascinated with India, so were her imperial subjects ready to serve, as maharajas sought her out for favours, sending her extravagant gifts. In this conversation, Dr Taylor speaks about his attempt to write Queen Victoria into the canon of the Raj as a monarch known for being just and equal, rather than merely ceremony and pomp. Photo montage produced for the queen's golden jubilee of her and a few principal princes of India. All images courtesy of Penguin India

Could you tell us about the origin of this book? What initially attracted you to this subject? Did your approach to this subject change as you dove into your research?

I have always been interested in the 'absent minded imperialism' of the British, the ways in which the British acquired a colonial empire, and then denied that they were an imperial people, and claimed they never developed an imperial culture at home and overseas. Taking Queen Victoria as a case-study, I wanted to show how India affected the metropolitan British mindset and politics. Then I made several trips to India, to do my fieldwork, and became much more aware of the resonance of Queen Victoria, in particular in the popular print culture and in the public life of 19th century-India. That made me realise there was a missing story about Queen Victorian in India, as well as back in Britain.

These days, it is impossible to separate out writing the history of European colonialism from the terrible legacies of the empire. So, yes, I was and am very conscious of the challenge of and sensitivities around writing Queen Victoria back into Indian history. At the same time, I was struck by how in 19th century India, a very different version of Queen Victoria emerged — one that empowered people, rather than symbolising their subjection. It was also a version of benevolent and charitable monarchy that fitted in with older Mughal and Hindu ideals of rule. Post-colonial anger can never be assuaged, but it was Queen Victoria's 20th century successors, I argue, who gave the British monarchy such a bad name in India down to 1947, not the Queen herself. 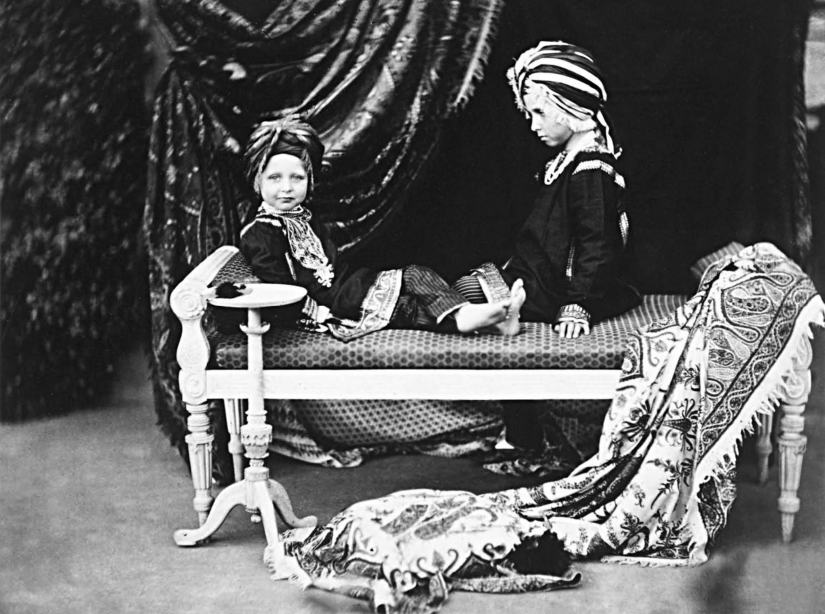 You have an interesting take on the Crown, and by extension, Queen Victoria's approach to India. You make constant references to the dichotomy between Queen Victoria being a 'warrior queen' and the 'mother of India'. Can you speak a little bit more about the process of creating a portrait that is a balance between these two 'versions' of the Queen?

Gender is crucial to understanding Queen Victoria's impact in India, and indeed in Britain. British historians always write about Queen Victoria as the epitome of 'Victorian values', how she played second string to her husband Prince Albert, how they both projected an ideology of the bourgeois family, and how after his death, she retreated into private life and the court, as a widow. I don't see it this way at all. India brings out very different aspects of Queen Victoria's character and personality. In the early years of her reign down to the rebellion of 1857, she is very evangelical and martial, and that is how she is seen in India. Then after 1857, she develops the persona of the beneficent monarch, the devoted widow who never remarries, and the mother and mentor to Indian reformers, both male and female. It is really hard to see how a male monarch could have brought any of this about. The first statue of Queen Victoria in India, paid for by the Gaekwar of Baroda

What would you like people to take away from your book? What you have learned, over the course of your research and writing?

I hope readers will enjoy the book, it is meant to be entertaining as well as thought-provoking! There has been something of a renaissance in the scholarly study of India's indigenous traditions of kingship and queenship, as well as renewed interest in Mughal female power (I am thinking here of Ruby Lal's recent book on Nur Jahan). The British monarchy in India needs adding to that historical agenda in my view. I hope also that the book will lead to further research and writing around the topic of monarchy and India, there is so much rich print and visual material on the topic in the Indian archives and libraries, and also amidst the vernacular publications of the 19th and early 20th century.

What's next for you?

I am writing a piece about the Tagores and Queen Victoria, from the 1840s to World War I, and will be coming to Santiniketan soon to do some further research. Next year — 2019 — is the bicentenary of Queen Victoria's birth, so that will keep me busy too!