On the same day when the Maharashtra government announced its decision to waive loans of farmers owning land up to five acres, journalist P Sainath criticised the agriculture policies of the current BJP-led NDA government, the previous UPA governments of Congress as well as governments of states facing an agrarian crisis, stating that farm loan waivers are not a solution.

Speaking in a live video streaming on YouTube on Sunday, Sainath also said that agrarian crisis in India should not be assessed based on the events unfolded in the last few days in Maharashtra and Madhya Pradesh stating there are far bigger issues in Indian agriculture. He also criticised Madhya Pradesh Chief Minister Shivraj Chouhan, saying that he could have just taken action against those who opened fire instead of sitting on a fast. 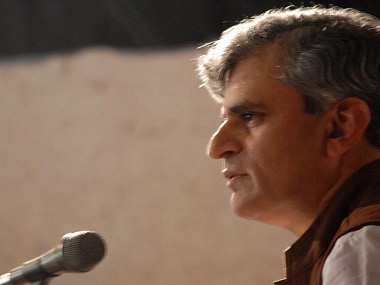 "The loan waiver issue started to be discussed in 2007, but relief is not an answer for it," Sainath said. He added, "My request to you is do not try to understand the agrarian crisis through episodic situations like the strike in Maharashtra, Tamil Nadu or even the firing in Mandsaur. These are manifestations of the crisis, they are not the crisis."

However, Sainath said that what has happened in Maharashtra in the last two days is somewhat good. A chief minister (Devendra Fadnavis) who had said that he won't talk to the farmers, is now taking measures by announcing loan waivers. "Farmers will get a much better price and the issue of loan waiver will begin immediately. If everything works out by 26 July, well and good or the agitation will resume," Sainath said.

He also said that those outside the government should "try understanding the farm crisis through the lives of farmers, agricultural labourers and those dependent on farming".

"A much larger population is dependent on farming than farmers. Try understanding it through their lives, not through bogus numbers that are manipulated like the advertisements in Madhya Pradesh newspapers on the morning of Mandsaur firing," Sainath said on the larger issue of agrarian crisis.

Sainath also spoke of how the government evaded the responsibility of seeing that input costs were held in check. "Every government, the Manmohan Singh government, his predecessors allowed corporations to run amok with the price of seeds, pesticides, fertilisers. Input prices have been relentlessly rising for two decades," he said.

While the input cost has risen starkly, the farmer's earning has stagnated over the years, the journalist said.

"It was loot and grab for the corporations in seed sector — a gouging of the farmers through skyrocketing input costs. This is why the issue of prices for their produce is very central," said Sainath.

On farmer suicides, Sainath said that the suicides were again another episode in the larger picture of agrarian crisis which has been an issue for the last two decades. "A bulk of farmer debt is private debt. They didn't have accounts in their names and were excluded from waivers in their names," he said.

"When Sharad Pawar, the agricultural minister during UPA era, made the loan waiver policy and he knew what he was doing — who would benefit it— mostly unirrigated dry area farmers were left out of it. Around 53 percent of the waiver went to six districts in western Maharashtra. It is good that today's farmer representatives compel the government to take note of this anomaly," Sainath said.

Sainath also slammed the government for routinely writing off lakhs of rupees of corporates every single year. "There's enough money to give Vijay Mallya, but who gets the farm credit? How many farmers take loans of Rs 10 crore?" Sainath asked.

The journalist said that rising medical costs were an important cause of family deaths in rural areas. "Apart from not earning as much as production costs, this is another problem they have to deal with," Sainath added.

Sainath also demanded that the government call a special 10-day parliamentary session devoted to the agrarian crisis in India, and to debate the recommendations of the Swaminathan Commission report.  "We should also keep one day to hear testimonies from farmers and widows of those who have committed suicides. Input cost, the price of milk and other things could be clearly discussed during such a session," Sainath added.

On criticism that he has been harsher on one government, Sainath said, "I have have been critical of the agrarian crisis in the 250 reports I have published on the issue in during the Congress rule just like I am doing now. There has not been any gigantic difference between the UPA and BJP. Considering the UPA has been longer in power, a bulk of my criticisms seem against them."