The clampdown on counter-culture: How limited dissent is reducing movements to might-have-beens

15 years ago I had a dream of a boy that I had never seen or met before dancing at a heavily crowded party. He was wearing a green shirt, had a golden helmet for a head, black jeans, and there was a neon light on the wall above him. I woke up and thought to myself, ‘Huh, that was a weird dream’, packed my school bag and went on with my life.

Several years later I attended a techno-themed house-warming party in Mumbai which was packed with people in various getups. The music comes on and everyone starts jumping and shaking – and there in the corner I notice a young boy wearing a golden helmet on his head, in the same black jeans, and a neon light on the wall above. I immediately associated this with two plausible explanations: Déjà vu, and supernatural activity. I dismissed the former because I distinctly remembered the dream for many years, and rubbished the latter because ghosts probably won’t waste their time planting memories of helmet-wearing dancing kids into human children.

It wasn’t long until the veil was lifted and clarity dawned: Daft Punk was suddenly cool again because of their new record 'Get Lucky', and the ‘dream’ that I had as a child was a music video of theirs I’d watched on the telly right before I fell asleep. Daft Punk had seeped themselves into pop culture, even ramming into cinema composing music, YouTube covers and parodies, and internet memes. Pop culture, as it turns out, is as valuable a tool as propaganda in shaping narratives, being the incendiary spark for counter-cultural movements, apart from the surface layer additions of making certain garments look cool. Pop culture has brought the West to the East and vice versa, and even though it resembles a shapeshifting puzzle that you cannot solve, it’s the one dose of simultaneous nostalgia and a peek into the future that one cannot live without.

We’re now at the end of the 2010s and this decade enriched us with an expansive spectrum of pop culture influences, from the superhero genre dominating our collective consciousness, to bots working in social media psy ops deployed by IT cells of various countries veering towards dictatorships, online streaming chipping away at the theatrical pie, the fade haircut becoming ubiquitous, a rise in debates about queer rights, female representation and sexual harassment in workplaces, protests all around the world indicating a clear a sign of things to come in the next decade.

Counter-culture movements in India were thriving before 2014 but have faced a curious clampdown since then; what began as a decade of restoration of democratic values with stand up comedy and Dalit rap being at the forefront of dissent is now a more controlled environment, allowing space only for dissent to thrive to give the illusion of democracy.

Where then, does pop culture fit in if the very essence of urbanity is determined and controlled by a higher power as opposed to art forms that natively affect those who are exposed to said art? Fascist governments have realised that the efficient way to keep citizens passive is to limit the range of dissent, but allow furious discussions within that range; that unfortunately leaves the footprint of pop culture in India limited to whatever one sees on TikTok videos. 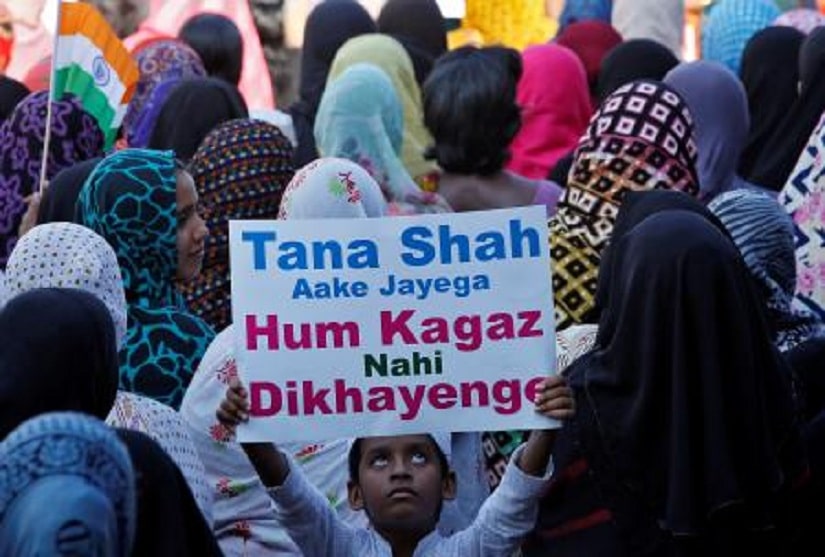 Fleetingly funny, but mostly shallow and silly, TikTok could have been the biggest avenue of counter-culture movement in India, but targeted bans on influencers who dared to make political statements, and the government’s opinion that dissent on a platform such as this could cause ‘anti national’ sentiments, coupled with the looming opposition’s political ads on the platform meant immediate quashing of any kind of possible rebellion.

It is after all the influence of counter-culture that makes your brain run multiple scenarios as a means to prepare you for any kind of adverse situational outcome. Even though your Déjà vu experiences are mere coping mechanisms, they are also simply indicative of history repeating itself.

Securing an iron grip on counter-culture ensures the populace stays uneducated, prone to emotional outbursts and follow rules that are nocuous to their own selves – directly resulting in the younger generation of Indians coming across as racist and parochial as the previous gen. But if the protests against the Citizenship Amendment Act and National Register of Citizens have shown, the kids are alright, and counter-culture will thrive. The Delhi Police briefly detained a young singer named Aamir Aziz for reciting poetry at a protest, the UP Police beat up and jailed activist Sadaf Jafar, and hundreds of others were imprisoned without the imposition of Daft Punk, but the words ‘Kagaz Nahi Dikhayenge’ continue to resonate across the country through TV and social media, in a clear sign that for wannabe dictators, the time’s up.

Even an iron grip will not stop Indians from being influenced by the biggest pop culture element of the year – the film Parasite, which is Korean in language but universal in its theme of the great social divide. At a time when armchair activism is often deemed far more profitable than actual action, Parasite is the kind of counter-culture element that somehow deftly walks the tightrope between the two. Additionally, in an epoch where the top one percent gets to rob the rest of us dry, it’s hard to care for a TV show about a queen who rides dragons to secure a throne when there’s a story about a lower middle class family trying to be friends with the rich. Parasite postulates the ultimate takeaway from this decade – that cultural decay may be all around us, but it’s necessary to unlearn the conditioning that following the direction of the herd is always right. Going into 2020 we need to firstly, recognise this, and secondly, feel uneasy about how we all recognise this, even if pop culture simply means finding our like minded herd and streamlining ourselves with others.