Panaji: AICC Secretary Girish Chodankar on Saturday said the appointment of Rajya Sabha MP Shantaram Naik as the new Goa Congress chief would lift the sagging morale of the party cadres after the BJP pulled the plug on them to grab power in the state.

"The party cadres were demoralised as despite having the numbers, the Congress could not form the government after the 2017 Goa Assembly polls.

"Naik's appointment will boost their confidence and their morale will now be high," Chodankar told PTI. 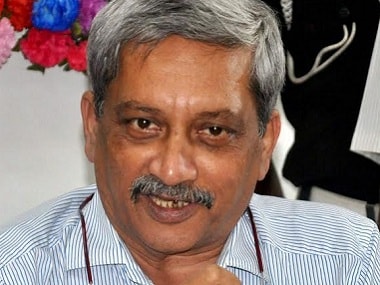 Outgoing GPCC Chief Luizinho Faleiro has fulfilled his promise of getting Congress the highest number of seats in the Goa assembly elections, he said.

The Congress, which is now getting ready to face two by-elections in Panaji and Valpoi constituencies respectively, also expects strengthening of its local units under Naik's leadership.

"We are going to face two by-elections, one in Panaji and another in Valpoi constituency. The appointment of Naik will help in rebuilding our team in these constituencies, which will help us to win at both the places," Chodankar said.

He said the party has already initiated a membership drive across the state which would get a boost with the appointment of Naik, who is popular among the cadres.

Naik, who was appointed as Goa pradesh Congress committee president on Friday, would replace Faleiro. He had resigned last month apparently due to factionalism in the state unit.

The by-election in Panaji constituency was necessitated after BJP MLA Siddharth Kuncolienkar resigned as a member of the Goa legislative assembly to pave way for Chief Minister Manohar Parrikar to contest from there.

Parrikar had not contested the assembly elections held in February this year.

In Valpoi constituency, then Congressman Vishwajit Rane had resigned as member of the Legislative Assembly to join the BJP. He was inducted as the state health minister.

Chodankar said the last elections had made it clear that the ideology of the Congress was again being well-received in the state.

"The appointment of Naik will help the party to get more people attracted towards its ideology," he added.

Leader of Opposition Chandrakant Kavlekar said Naik’s appointment is crucial as he is having years of experience on his side.

"Like Faleiro, Naik too is a loyal party leader having loads of experience which will help the organisation grow in the state," Kavlekar said.

Also, Naik's stint as a MP would certainly be a big asset to the party's local organisation, he added.