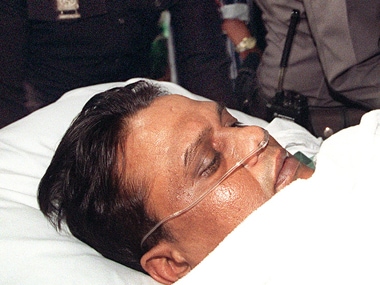 Indonesian police officials said that they have arrested a wanted criminal from India in Bali but there was little clarity on whether it was gangster Chhota Rajan, who has been on the run for decades, or serial killer Mohan Kumar better known as 'Cynaide Mohan'. The 55-year-old Nikalje, a gangster from India, had been on the run for two decades, Wiyanto said, with Interpol flagging him as a wanted man back in 1995.

"We received information from police in Canberra yesterday (Sunday) about the red notice for a murderer," he told AFP.

"We arrested the man at the airport yesterday. What we know is that this man was suspected to have carried out 15 to 20 murders in India."

Tribun Regional reported that the person arrested was Mohan Kumar but the photograph used to identify him bears closer resemblance to Nikalje.

However, another police official said that the arrested individual was Mohan Kumar, a former Indian primary school teacher, facing the death penalty for the murders of 20 young women.

Mohan Kumar is accused of using cyanide to kill the women from 2003 to 2009. A court in the southern Indian city of Mangalore sentenced him to death in December 2013.

Bali police were coordinating with Interpol and Indian authorities, Wiyanto said, adding it was likely Nikalje would be deported to India.

A spokesperson for Australian Federal Police said Interpol in Canberra had alerted Indonesian authorities "who apprehended Nikalje at the request of Indian authorities".

The federal police confirmed last month that Nikalje was living in Australia under another identity and had been in discussions with Indian authorities, the spokesperson said, but would not provide further details.

Interpol's website states that Nikalje was born in the Indian city of Mumbai, and was wanted for multiple charges including murder and possession and use of illegal firearms.

However, the official from Denpasar said that they had arrested Kumar based on a red corner notice from Interpol.

Kumar was arrested Sunday after arriving at Bali's airport from Sydney, based on a red corner notice from Interpol and following a tip from Australian authorities, said Denpasar Police chief detective Reinhard Habonaran Nainggolan.

Media in India have portrayed Kumar, 56, known as Cyanide Mohan, as a serial killer who preyed on women looking for marriage.

He said Kumar told police that he had been hiding in Australia for years to avoid arrest, and had planned a 15-day vacation in Bali.