Durga idol that was vandalised.

The incident occurred early morning when the two women, pronounced to be in their early twenties, allegedly entered the pooja pandal vandalised the goddess Durga idol using a spanner in Hyderabad’s Khairtabad.

According to the Central Zone Police, the women were spotted by a local who told police that he saw one of them hiding the spanner.

“When he objected, the women tried to attack him as well but as the scuffle broke, bystanders who are believed to be the pandal officials gathered and overpowered the women,” a police official told media.

As per reports, the two women were also seen outside a church, situated meters away from the pandal. There also, the two women allegedly tried reach to the Mother Mary’s statue however they were asked to leave the church. 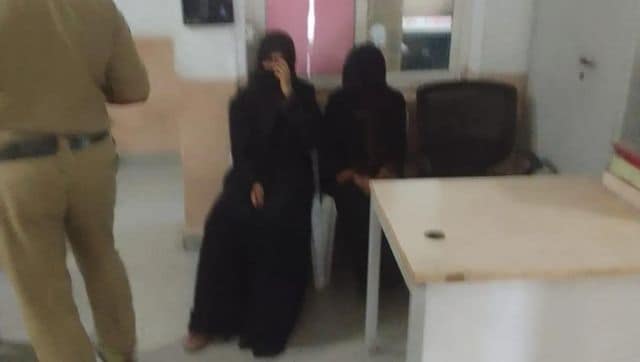 The two women are being interrogated for details.

The police official further told media that they later shared the information with the Saidabad police who immediately reached the spot and apprehended the two women.

“We are trying to establish the sequence of events, however the two accused women are not cooperating,” he said adding that a detailed investigation is underway.

The identities of the two women are still to be ascertained.

"Are there no men left? If you make your women MLAs and councillors, we won't be able to defend the hijab," Shahi Imam Shabbir Ahmed Siddiqui added

What’s Umrah that Shah Rukh Khan performed in Mecca? How is it different from Hajj?

After wrapping up a shoot for his upcoming film ‘Dunki’, Bollywood superstar Shah Rukh Khan visited the holy city of Mecca in Saudi Arabia. He performed Umrah, a shorter version of the Hajj pilgrimage. Unlike Hajj, Umrah is not mandatory but is sacred, cleansing the devout of their sins