Ravi, was illegally running a mobile scrap factory, where he was allegedly extracting Printed Circuit Board (PCB) and memory chip from devices and sending them to China via Hong Kong

The Chinese gangmen had converted a VIP guest house in Greater Noida to a one of a kind pub.

GB Nagar: The Chinese ‘snoopgate’ that Noida Police had stumbled upon June this year after inputs from Sashatra Seema Bal (SSB) seems to have been split wide open by the Uttar Pradesh Special Task Force (UP-STF) as it filed a chargesheet into the case.

The UP STF had busted the gang, making arrests from across Delhi and GB Nagar in the last two months.

As per STF, the gang was being operated from China. One Xin Di, a Chinse national, who is a wanted criminal in Telangana, was running the show.

He was getting help by an Indian named Ravi, who had dropped out from a Chinese university where he was pursuing MBBS to head Xin Di’s operations in India, police said.

Ravi, was illegally running a mobile scrap factory, where he was allegedly extracting Printed Circuit Board (PCB) and memory chip from devices and sending them to China via Hong Kong.

To support these operations, the accused allegedly ran a call-center from where they duped several hundred Indians by loan fraud and trading tips. This money, the STF claimed, was not just being used to support the operations, but a large share of the profits was also being sent back to China through Hawala and cryptocurrency.

The accused also used an import/export firm to evade stamp duty in their frequent exports. Through a number of shell companies, the accused did transactions of about Rs 250 crore, cops said.

How it came to light

On June 11, Shashastra Seema Bal (SSB) had arrested two Chinese Nationals – Yuhan Hellong and LU Lang for not being able to present valid Visa documents. They told police that they were living in a flat in
Jaypee Greens at sector 127 in Noida.

Following the input, police conducted a raid at the flat and found several people including Chinese nationals and girls from North east area partying. The owner of this house, Xu Fi manages to flee along with several others and police only managed to nab some of the northeastern girls who then took them to a guest house in Gharbabra, that was allegedly another hang out place for the gang members and employees who worked in the organised gang.

Police had reportedly found liquor, drugs and gaming consoles, like the ones we see in Japanese movies from the Jaypee Greens flat. It was revealed the Chinese nationals had employed the north eastern girls to help them navigate living in Greater Noida. 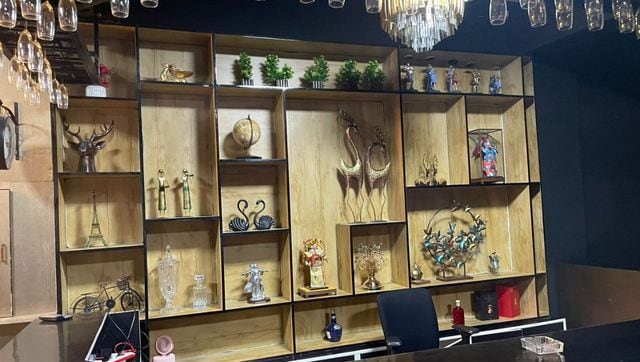 The north eastern girls allegedly helped all the Chinese nationals who came for deputation in Greater Noida by getting them a fake Aadhar card, they stayed on fake Visa documents. Consequently, several Chinese managed safe travel to Indian through Nepal border.

After this, the local police had handed the investigation over to the UP Special Task Force (STF).

The STF officials further investigated the matter and based on the north eastern girls’ inputs, the arrested Xu Fi and Ravi Kumar, that followed with the unearthing of the mobile scrap company.

Further investigation revealed with Xu Fai and his north eastern girlfriend revealed two names Johnson and Santosh Thakur, who were also arrested from Delhi almost a week after Xu Fai’s arrest with a call exchanger machine.

This machine uses Voice Over Internet Protocol (VOIP) to make discreet internet calls domestic or International, said cops. The accused revealed that they used this machine to coordinate with the gang leader and also run the fake call centre.

The machine allegedly had a 32 slot SIM card tray. It can take upto 4 board as well as 32 Circuit connections. This machine, as per STF cops was allegedly being used against national security.

The mobile scrap factory allegedly had 40 employees that were being paid around Rs 10 Lakh per month, cops allege. The accused allegedly sent ICs, memory chips back to China that was later being used to collect data. With the arrest of Ravi, police recovered several 1000 of these memory chips from his house and factory.

What does the chargesheet say?

Along with this, police have managed to present 50 testimonies of several people, who were previously hand-in-glove with the Chinese nationals.

While the win was not as goal-heavy as the previous day, what India showed was an ability to play swift, attacking hockey without losing composure.

In the CCTV footage, Singh's car can be seen taking a speedy sharp turn as it comes out of the underground parking. The car then runs into the security guard at the gate, dragging him outside of the society as a police officer chases behind

Singh in his complaint said that the accused contractor and the project manager had no discussion with the traffic police before putting up barricades on the said stretch of the Noida-Greater Noida Expressway, occupying nearly half of the road