Gandhinagar:  Two BJP MLAs accused of watching obscene pictures on an iPad in the Gujarat Assembly have been given a clean chit by the Forensic Science Laboratory (FSL).

The FSL submitted a report of scrutiny of the iPad, in a sealed cover, to Assembly Speaker Ganpat Vasava. Vasava read out the conclusions in the house.

The report revealed that there were no obscene videos or pictures on the iPad.

Vasava said the allegations in the media reports that MLAs Shankar Chaudhary and Jetha Bharvad were watching obscene pictures had turned out to be false. 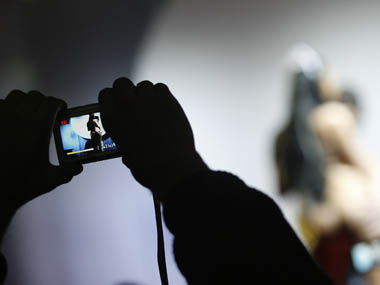 He said he would be handing over the FSL report to the privilege committee of the house, which is investigating the issue.

According to the FSL report, the iPad contained communications by the MLA, some reports, and over 4,000 pictures and 11 video clips. But none of the pictures or clips were obscene, it added.

The iPad had been submitted to the Speaker immediately after the uproar in the house on Wednesday.

The Speaker also condemned the opposition Congress for disrupting proceedings in the Assembly  for the past three days over the issue. He said the Congress had dishonoured the house by stalling proceeding during Question Hour and the discussion of budgetary demands.