As reports of Wing Commander Abhinandan Varthaman's capture by Pakistan appeared to be true, confusion over which side struck which aircraft gave way to a show of solidarity and hopes of a de-escalation of tension between India and Pakistan. However, the Indian government has not confirmed the name of the missing pilot of the MiG-21 Bison, which went down across the LoC on Wednesday. 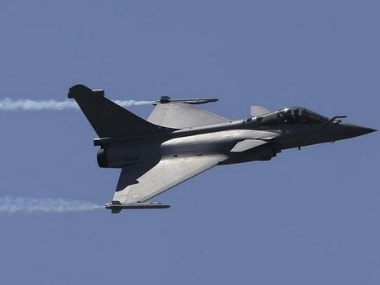 National Security Adviser Ajit Doval is understood to have updated Modi on the latest developments. The prime minister had earlier cut short his interaction with the audience at Delhi’s Vigyan Bhawan, in the light of reports of air strikes between India and Pakistan.

The biggest takeaway from the meeting is that Modi has given a free hand to all security forces to decide any action on the ground, sources said.

All international and domestic flights operations across Pakistan were suspended on Thursday, said the country's Civil Aviation Authority (CAA). Airlines like Qatar Airways issued a statement on Wednesday, saying that due to the ongoing situation on the India-Pakistan border, its flights to the airports in Faisalabad, Islamabad, Karachi, Lahore, Multan, Peshawar and Sialkot stand temporarily suspended.

All government and private schools within a range of 5 kilometres from the International Border will remain closed on Thursday in Jammu and Kashmir's Samba district as per orders of District Development Commissioner of Samba.

Similarly, the Deputy Commissioner of Jammu has also informed all government and private schools falling within 5 kilometres of the border and the Line of Control (LoC) in the district to remain closed on Thursday.

In view of the escalating tension between India and Pakistan, authorities have directed all government hospitals in Jammu and Kashmir to paint Red Cross signs on the rooftop of the buildings, according to several media reports.

The Ministry of External Affairs summoned Pakistan Deputy High Commissioner Syed Haider Shah to the South Block in the aftermath of reports of the capture of Wing Commander Abhinandan Varthaman. Shah gave Indian officials details about the capture of the Indian Air Force pilot by Pakistani authorities.

India has lodged a strong protest over Pakistan's aggression and conveyed objections on Pakistan’s vulgar display of an injured soldier.

Meanwhile, the MEA has handed over a dossier to Pakistan with specific details of Jaish-e-Mohammed's complicity in the Pulwama terror attack, expressing regret at Pakistan's continuing denial on the presence of terror infrastructure on its soil.

Narendra Modi to interact with karyakartas

In a mega interaction through the NaMo app, Prime Minister Narendra Modi will connect with around one crore people through what is being called the world's largest video conference. Bharatiya Janata Party karyakartas, volunteers and eminent citizens will connect with the prime minister through the NaMo App from around 15,000 locations at various districts, mandals and the Shakti Kendra level.

Modi has earlier interacted with farmers across India through the app.

Supreme Court to hear plea on forcible eviction of tribals

The Supreme Court will hear the Centre's plea seeking a stay on its 13 February order, ordering 16 states to evict more than 11 lakh forest dwellers whose claims over their land have been rejected by authorities.

The apex court had ordered the eviction in response to a Public Interest Litigation (PIL) filed to challenge the Forest Rights Act of 2006, which empowered traditional forest dwellers to "access, manage, and govern" forests within their villages.

The verdict came over the state governments' rejection of the claims over forestland of around 11 lakh families. The petition demanded that those whose claims were rejected be evicted.

While the Samsung Galaxys and Apple iPhones wow us with their features and shock us with their prices, it's the Xiaomis of this world we usually end up buying.

Xiaomi, India's most popular smartphone brand, is gearing up for the launch the latest smartphone in its Note lineup, the Redmi Note 7. While there's no official word on specs and features, it is expected that we will see a phone with a 6.3-inch display, a Snapdragon 660 SoC, a 48 MP camera and a 4,000 mAh battery. The phone will be announced at an event in Delhi around noon on Thursday.

India and England will lock horns in the third and final ODI, part of the ICC Women's ODI Championship, at the Wankhede Stadium in Mumbai on Thursday.

India have already clinched the series, thanks to all-round performances in the first two games, and will look to stamp their dominance on home soil with a sweep. For England, all's not lost as there still are two points on offer in the dead rubber, which could prove useful in the race towards qualifications for the next ODI World Cup. ​

The Union Cabinet is likely to clear on Thursday a Rs 10,000-crore programme under the FAME-II scheme to promote the use of electric and hybrid vehicles, according to official sources.

The much-delayed FAME-II will be for a period of three years, instead of five years as envisaged earlier, and for passenger electric cars, the subsidy will be available only for taxi aggregators.

"Under phase two of the scheme, 7,000 electric buses of prices up to Rs 50 lakh, or 40 percent of the cost, but only on the basis of the operational expenditure (opex) and not capital expenditure (capex) model, will get a subsidy" the source said.

However, the amount of incentives proposed in the scheme for electric buses may further be subject to competitive bidding among original equipment manufacturers, the source said.

Michael Jackson's family has defended the singer days before the premiere of the explosive HBO docu-series Leaving Neverland, which focuses on longtime accusations of child sex abuse against Jackson.

The family said the documentary, which had its premiere at Sundance to rave critical reviews, is an attempt at cashing in money from the late singer's estate. Jackson's nephew, Taj said the singer's "sleepovers" with children had nothing odd about them.

"It's always been about money. I hate to say it when it's my uncle, it's almost like they see a blank check. These people...felt that they're owed something. You know, instead of working for something, they blame everything on my uncle," Taj added.​