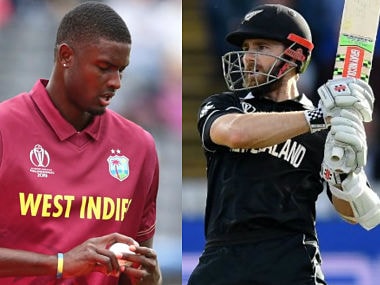 West Indies vs New Zealand LIVE SCORE, ICC Cricket World Cup 2019 Match Updates: New Zealand beat West Indies by five runs. It's over. Windies' heart has been broken. That pulled shot from Brathwaite looked like it was traveling over the fence only for Boult to take an amazing catch just ahead of the fence. The big boundary helped the Kiwis.

What a game we had tonight. In fact , both the matches tonight were a thriller. India survived a scare against Afghanistan while Windies faltered after putting one leg past the finishing line. The game looked done and dusted a long back only for Carlos Brathwaite to revive the hopes for West Indies with an amazing ton. He would be gutted that he could not take his team past the finishing line. But that's cricket for you. It's all part of the game.

We are done for tonight! See you tomorrow for Pakistan vs South Africa match. Good night!

Kane Williamson:(On Boult) He has got very good hands. We put a few down in the field today but then it made for a fantastic finish. A bit too close for comfort. I thought the guys did an outstanding job in the roles they were given. You bring guys back to try and pick up wickets when required. Some of the striking from the West Indians is unrivaled so it really does put you under pressure. A brilliant game but a lot learning for us before the next game.

Tough game at the very end, but I’m proud of the guys, especially Carlos Brathwaite, well supported by guys like Shimron Hetmyer and Chris Gayle who had great knocks.

If you look at the entire game, you can probably pin point some area where we failed. But having said that, I think we came back well. Credit to the guys for the way they fought, I don’t think you can fault the efforts.

We lost wickets at crucial stages, I feel like mabye Hetmyer got out at the wrong time.

We have to win all three matches. We still have a lot to play for, we will play for pride and we’ll try to finish the tournament on a high note.

Kane Williamson: The Windies side is incredibly dangerous. The power that they have down the order that we saw today also.  Not the best of starts, they got the ball to swing which made life incredidebly difficulat. They bowled in the right areas for a lengthy amount of time, the ball did a bit, we did well to put on partnerships which helped us post a decent total on the board. It didn't do anything like that in the second innings though, but a great game of cricket. We have been to different venues and it's been different conditions, got plenty of swing in Cardiff (in our first game) and a variety in other places including some rain. We have been able to adjust according to the conditions. I wanted to be clear in my mind, wanted to play according to the merit of the ball, make the best possible decisions and play according to the situation of the game.

That gripping finish was a wonderful moment of triumph and disaster.

If it was a meter further and that was 6, West Indies had won. But it wasn't.

This is what cricket can do. Hours of build up. Plenty of mistakes by both sides, plenty of quality plays, but it all came down to that one meter. 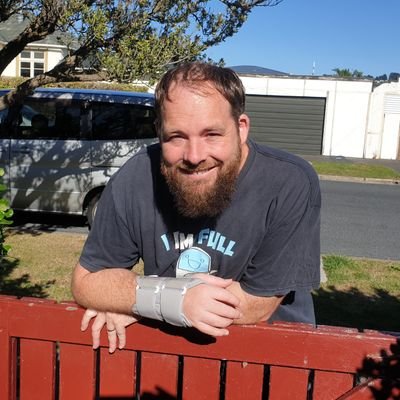 Centuries batting at No.6 or lower in an ODI WC match while chasing:

It's over. Windies' heart has been broken. That pulled shot looked like it was traveling over the fence only for Boult to take an amazing catch just ahead of the fence. The big boundary helped the Kiwis.

It's over. Windies' heart has been broken. That pulled shot looked like it was traveling over the fence only for Boult to take an amazing catch just ahead of the fence. The big boundary helped the Kiwis.

The pace of Ferguson was too hot to handle for Cottrell. He wanted to defend the last ball of the over but the pace beat his defense to clatter into the stumps.

FIFTY! Brathwaite completes his half-century with a double. His second ODI fifty. He has kept Windies in hunt so far.

The stubborn partnership has been broken as Henry takes his first wicket. Roach was looking to flirt with the outside off short ball and edged it to the keeper trying to play the cut shot.

Lewis was never in the shape to bat after he pulled his hamstring in the first innings. Still came out to help his team, however, this pull shot was poor. In the air and straight to Neesham at square leg.

Nurse went for a pull shot on sighting a short ball from Boult on leg but messed it up as he gloved the catch to Latham who took an excellent diving catch.

Gayle is a goner! His love for expansive shots led to his fall. Went to charge the length delivery from CDG but failed to get the distance behind it as Boult took a catch at longon.

Two in two for Ferguson! The pacer has pulled things back for Kiwis. Holder out for golden duck. Went for an expansive drive to the ball that pitched outside off and edged it to the keeper.

Ferguson strikes to break the partnership. The slower delivery worked for the pacer as Hetmyer failed to read the bounce of the ball. Missed the ball which crashed into the stumps.

FIFTY! Half-century for Chris Gayle in 51 balls. He reaches to the landmark with a four through square on off

Short ball does the job for Boult. He surprised Pooran with the ball who was in no position to play the shot and the top-edge ballooned for Latham to take an easy catch.

Hope chops his shot onto his own stumps. Windies lose the first wicket. It was a fuller length ball outside off and Hope went for a drive away from the body as he inside-edged the shot onto the timber.

Windies need 292 to win. Brathwaite takes the wicket of Neesham on the final ball. Two wickets in the final over to restrict New Zealand to 291/8.

OUT! Santner c Cottrell b Brathwaite 10(5)

Santner was looking to go big down the ground but the the catch has been taken by Cottrell at long off. Clever change of pace by Brathwaite as Santner toe-ended his shot in the air for Cottrell to take the catch.

This has been Cottrell's day. What a brilliant piece of fielding off his own bowling. Neesham's shot rolled back to the bowler who picked it, turned around and threw down to the stumps to catch CDG out of the crease.

Williamson was looking to swipe the fuller delivery to deep mid-wicket fence but the top-edge ballooned over the keeper as Hope took a good catch running back. Fourth wicket for Cottrell. A brilliant innings comes to an end.

A simple catch for Cottrell off his own bowling. Latham went for a pull shot on the short ball but top-edged his shot back to the bowler. Cottrell's day keeps getting better.

CENTURY! Skipper Williamson reaches to the three-figure mark with a boundary off Roach, in 124 deliveries. Well played, Captain Kane!

Pratnership broken. Gayle does the job for Windies. Holder who took the catch at midoff is charged up. Taylor came out against the fuller delivery to place it over the fielder but flat-batted it to Holder inside the circle.

FIFTY! FOUR! Glorious cover drive from Taylor to reach to his half-century. Fifties in the same over for both batsmen

FIFTY! Williamson reaches to his half-century with a single in 75 balls. Third fifty-plus score in the tournament

FOUR! Short and wide delivery from Thomas and Taylor was not going to miss out on the opportunity as he thrashed that on off

Another yorker another inswinging delivery. It swung late and Munro had no clue as to how to face the delivery and lost his stumps in the process. Take a salute, Cottrell.

What a start for Windies. Cottrell bowls a vicious inswinging yorker on the first ball which raps Guptill on the pads. Not out given by the umpire but Windies take a review and what a review it was. Three reds and Guptill has to walk back to hut.

Pitch report: "I think this is going to be the best pitch so far in this tournament. It's a belter. Expect a high-scoring game," says Brendon McCullum

West Indies vs New Zealand LIVE SCORE, ICC Cricket World Cup 2019 Match Updates: New Zealand beat West Indies by five runs. It's over. Windies' heart has been broken. That pulled shot from Brathwaite looked like it was traveling over the fence only for Boult to take an amazing catch just ahead of the fence. The big boundary helped the Kiwis.

Preview: West Indies have won just one out of five matches, losing three games in the process. Jason Holder and Co are in a spot of bother after starting the tournament on a strong note, beating Pakistan by eight wickets.

Holder's side face tough task against New Zealand, who won four out of their five matches with one game resulting in a washout. A win against West Indies will more or less guarantee their spot in the semi-finals.

West Indies assistant coach Roddy Estwick has warned his side the time for excuses is over after defeat to Bangladesh.

Former Barbados player Estwick stressed the importance of the two-time world champions sticking together in the face of adversity.

"We can stand here, saying 'if this' and 'if that' – we didn't play well, we've lost the cricket game and that's that," he said.

"We've got to come back stronger. We've still got four games left in the tournament and we can't point fingers or apportion blame to anyone.

"We have to stick together, that's how good teams pull through. We've got to stop looking for excuses and start finding solutions."