Gulbadin Naib takes the mantle of bowling the last over. This despite giving away 18 in his last over His first ball is a wide full toss which Imad whacks to sweeper cover for a single. Right then, Riaz on strike. Will he clobber Gulbadin for the winning runs? He looks to scoop the ball behind but only gets a single. And Naib misses a run ouy chance! Fails to collect the ball from the fielder and Imad survives and comes back for a second off the overthrow. Imad Wasim smacks the fourth ball to the cover boundary to bring up the winning runs for Pakistan! Pandemonium at Headingley as Pakistan clinch a thriller!

OUT! And just like that, Pakistan have lost their seventh wicket! There was no need for a second run at this stage and Shadab Khan finds himself short of the crease! Shadab Khan run out (Naib) 11(17)

OUT! Sarfaraz has just gone and thrown his wicket, and possibly Pakistan's World Cup chances! He pushed for an impossible second run and he runs himself out! Foolish from the Pakistani captain! Sarfaraz run out (Najibullah) 18(22)

OUT! Rashid Khan strikes and it is the big wicket of the in-form Haris Sohail! Pitched on leg and came back in to rap Haris on the pads! Paul Wilson doesn't hesitate and Pakistan don't even have their review. They are in deep trouble! Haris Sohail lbw b Rashid Khan 27(57)

DROPPED! Shinwari bowls a low full toss and Sarfaraz hits it straight back at the bowler! However, Shinwari can't keep it in and Sarfaraz gets a lifeline. Sloppy fielding from Mujeeb at sweeper cover allows Haris to come back for a second run.

OUT! Mujeeb strikes and Hafeez has to walk back! The ball was short and wide but too wide to be cut. Hafeez reaches out for it nevertheless and ends up giving a simple catch at backward point! Hafeez c Shahidi b Mujeeb 19(35)

OUT! Timber! Mohammad Nabi bowls Babar Azam around his legs! Babar looked to sweep but couldn't get any connection to the ball and departs five short of another half-century. What a big wicket for Afghanistan! Babar Azam b Nabi 45(51)

OUT! Imam looked to release the pressure off him by trying to come down the track and smack Nabi down the ground. But he misses the ball altogether and is stumped by Ikram Ali. Babar Azam is disgusted with Imam. Imam st Ikram Ali Khil b Nabi 36(51)

OUT! Mujeeb strikes on his second ball and traps Fakhar Zaman plumb. Fakhar reviews it. There's a gap between bat and ball. There is a spike on ultra edge when the ball passes the bat but it's the pad instead of the bat. On to ball tracking and three reds pop up! Fakhar has to walk! What a start for Afghanistan! Fakhar Zaman lbw b Mujeeb 0(2)

One more for Shaheen!

What a match he is having. His fourth wicket of the day. A slower one, straight to the stumps. Rashid plays an ugly shot to get dismissed. He went for the hit very early and didn't get the timing at all. Simple catch at mid-off. Rashid Khan c Fakhar Zaman b Shaheen Afridi 8(12)

Shaheen has his man, as Zadran chops on to his stumps. Gone after playing a decent knock. Najibullah b Shaheen Afridi 42(54)

Wahab's short delivery gets the result. Nabi goes for the pull, but fails to clear the fine-leg boundary. Really good low catch from Amir.

Ridiculous from Ikram. Tries to clear the long-on boundary against Imad without any power in the shot. As a result, he walks back to the pavilion. Ikram Ali Khil c Hafeez b Imad Wasim 24(66)

Shadab does the trick!

Asghar Afghan, for the nth time, comes down the pitch but this time, he misses the ball completely and gets bowled.Just when we spoke about building a partnership, a wicket falls. Asghar Afghan b Shadab Khan 42(35)

Imad Wasim removes the set batsman. Rahmat Shah was looking so good. Tries to flick the ball to the leg-side, gets the leading edge and the catch is taken at covers. Big blow for Afghanistan. Rahmat c Babar Azam b Imad Wasim 35(43)

Shaheen is on a hat-trick! What an eventful over. Hashmatullah Shahidi gets a leading edge as he tries to push the ball on the leg-side and the catch is taken at mid-off. Shahidi c Imad Wasim b Shaheen Afridi 0 (1)

Naib was playing well but Shaheen finds a way to remove him. The left-arm pacer sticks to his fuller length, Naib goes for another drive on off-side but gets a nick which carries to the keeper. The on-field umpire says no but Pakistan review the decision and the replays clearly shows the bat hits the ball. Naib c Sarfaraz b Shaheen Afridi 15(12)

Hamid Hassan is back in the side for Afghanistan in place of Dawlat Zadran.

No changes for Pakistan.

Afghanistan captain Gulbadin Naib wins the toss and he has elected to bat first.

Phew! That was one heck of a match! Thank you for joining us but that is not the end of cricketing action from the World Cup for today! New Zealand have got off to a steady start in their chase of 244 against Australia at Lord's. Head over to the live blog of that match by clicking here.

Sarfaraz Ahmed: Thank you for the crowd for cheering us. It's not an easy pitch to bat. Credit to Imad for how he batted, taking the pressure in and winning the match for us. It's not an easy game. The way Wahab Riaz also batted, his 12-15 runs also helped us. Shaheen is also working very hard. All the bowlers bowled really well.

Gulbadin Naib: We fought very well but in the end, we missed opportunities to win. Credit goes to Pakistan to show how to win. In the end, Shadab and everyone did very well to rotate the strike and stay in the match. The matches we lost, we lost in the end. Bad luck for us today as Hamid Hassan was injured today. Credit goes to Mujeeb, Nabi and Rashid but losing Hamid was the turning point for us.

Imad Wasim is adjudged the player of the match!

Imad Wasim: I think when I went in, Rashid was bowling brilliantly. I just decided to stick there. We had decided to bat for fifty overs and see the result after that. Gulbadin was the only bowler we could have targetted. The credit goes to the crowd. This win gives us a lot of confidence.

What a brilliant game of cricket that was. Whilst off the pitch there were some ugly incidents, on the field the action was incredible.

Who says low-scoring matches are dull and boring and the best matches are high-scoring encounters.

Afghanistan will point to some umpiring decisions that didn't go their way, but their lack of experience told in the end. When it really mattered they fluffed

Pakistan will breathe a huge sigh of relief after that result. They looked down and out but an unlikely hero emerged with the bat, Imad Wasim.

Ugly scenes at the end of the match as fans of both teams ran onto the field. Spoiling what was a great game of cricket. 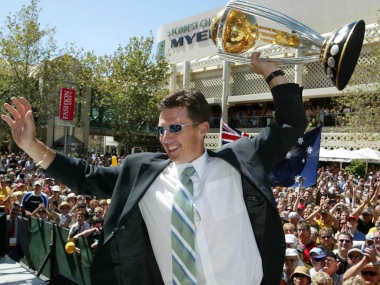 You have got to feel for Afghanistan here! They bowled so well to keep themselves in contention. The spinners led by Mohammad Nabi and Mujeeb Ur Rahman brought Pakistan to their knees only to see captain Gulbadin Naib squander a brilliant chance to notch a memorable win over Pakistan with his bowling. Pakistan are still alive in the World Cup!

Gulbadin Naib takes the mantle of bowling the last over. This despite giving away 18 in his last over His first ball is a wide full toss which Imad whacks to sweeper cover for a single. Right then, Riaz on strike. Will he clobber Gulbadin for the winning runs? He looks to scoop the ball behind but only gets a single. And Naib misses a run ouy chance! Fails to collect the ball from the fielder and Imad survives and comes back for a second off the overthrow. Imad Wasim smacks the fourth ball to the cover boundary to bring up the winning runs for Pakistan! Pandemonium at Headingley as Pakistan clinch a thriller!

Rashid will bowl the penultimate over of the match. Riaz smacks the ball for a huge six to put the pressure on Rashid and give voice to the fans in green! The following ball is hit through covers for a double. He fails to pick the googly which flies dangerously past the off stump. He reverse sweeps the fifth ball and Imad ends the over with a single. Pakistan need 6 runs off 6 balls!

SIX! Wahab Riaz goes down on one knee and slog-sweeps the fuller felivery over deep mid-wicket for a huge six!

Mujeeb into the attack and he begins with three dot balls to put the pressure back on Pakistan. However, he looks to have injured his ankle after Imad whacks the ball back at the bowler. He soldiers on and end the over by conceding just three singles. He completes his quota of 10 overs and hobbles off the field. Pakistan need 16 runs off 12 balls.

Pakistan vs Afghanistan LIVE SCORE, ICC Cricket World Cup 2019 Match Updates: You have got to feel for Afghanistan here! They bowled so well to keep themselves in contention. The spinners led by Mohammad Nabi and Mujeeb Ur Rahman brought Pakistan to their knees only to see captain Gulbadin Naib squander a brilliant chance to notch a memorable win over Pakistan with his bowling. Pakistan are still alive in the World Cup!

Pakistan will look to bolster their chances of qualifying to the semi-finals by beating down and out Afghanistan at the Headingley Stadium in Leeds on Saturday.

With three wins from seven matches, Pakistan are currently at sixth spot on the points table and they will leave no stone unturned to win their remaining two matches. The players' confidence is high after they defeated Kane Williamson's New Zealand in their previous match.

Meanwhile, Afghanistan had a disappointing World Cup having lost all their seven matches so far in the tournament.

After defeating the Kiwis, Pakistan captain Sarfaraz Ahmed said, "Whenever Pakistan team is pushed to the corner, we do well. It's a great team effort. The way (Mohammad) Amir started and then Shaheen (Shah Afridi)... Shadab (Khan) in the middle overs and the way Babar and Haris (Sohail) batted

"To me, Babar played one of the best innings I have seen. It's a tricky pitch, we wanted to bat fifty overs. Credit to Haris as well for the way he handled the pressure."

Asked about the comparisons between their campaign and the one in 1992 edition, Sarfaraz said, "We are not thinking about the 1992 World Cup, we are taking game by game here. We are confident as a team and hopefully, we will do well."