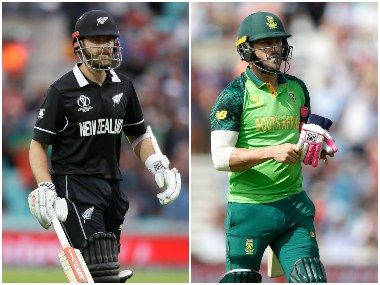 Faf had a smile on his face at the presentation ceremony. Tough to say how he managed that. South Africa continue their bad run in the tournament. They are yet not out from the tournament. But the journey has become more complex.

Kiwis collect two more points. Jump to the top of the table. Top knock from Kane Williamson. A knock to remember for a long time.

Tomorrow we meet again. Australia take on Bangladesh. This may turn out to be another close contest. It starts at 3 pm IST. See you again. For now, good bye and good night.

Kane Williamson, New Zealand captain: I though the wicket was soft and bowling first on it was what both teams wanted to do. The bowlers hit the hard lengths. The guys bowled beautifully, nice and short and we were able to build the pressure. Colin de Grandhomme is our x-factor player. He came in and hit the ball beautifully. He played a brilliant knock.

Faf du Plessis, SA captain: We were aiming 260. That was par score here. 270 would have been great. I felt we were 20 short. Good bowling but we fell short. Kane showed how to bat. He waited for one guy to attack. One guy getting a 100 makes it easier for other batters. We had stop-starts quite often. I thought we fought hard and tried. Great work from bowlers. Energy was unbelievable. Kane was too good for us today. I was standing at long-on and could not hear the nick off Kane's bat(in Tahir's last over). Performances has not been there. Would like to see individuals step up and take responsibility.

Take a bow, Kane Williamson. Captains are supposed to lead, but only the special ones can lead like that. New Zealand prove they can beat bigger sides as well as the small fry. South Africa have retained a thread of hope that they can progress to the semis. But it really is only a thread. And it could easily snap against Pakistan at Lord's on Sunday. 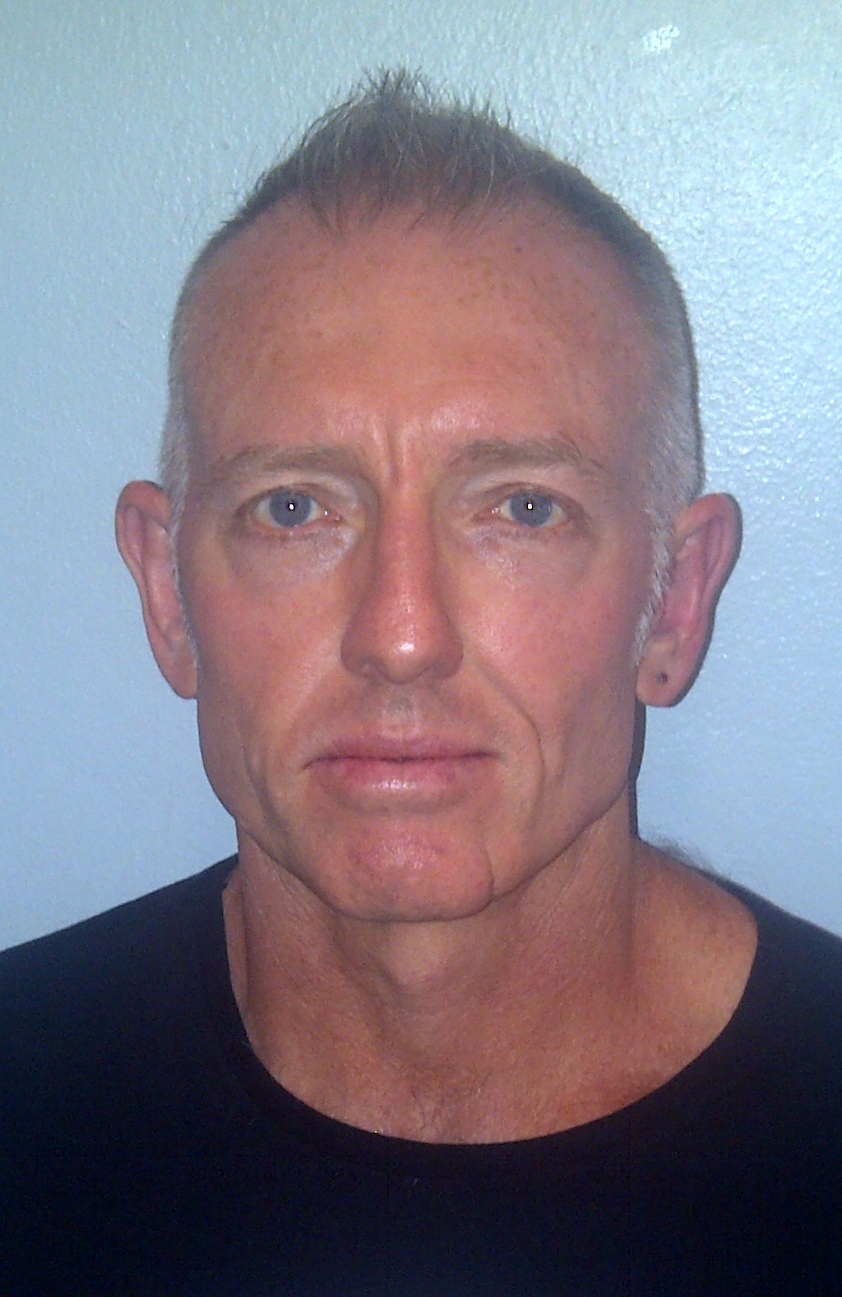 Kane Williamson, Man of the Match for unbeaten 106 made off 138 balls:

Kane: Nice to be there in end. It was a tough surface to bat on. It was holding up a bit. Very good effort from us with bowling. We needed partnerships but lost a few wickets in the middle. Colin de Grandhomme stood out for me today. Trying to get through the tough hours. Was trying to get the game deep.

What a marvellous innings from Kane Williamson. Fantastic game of cricket and his calmness stood out in taking New Zealand home. Terrific stuff #NZvSA pic.twitter.com/ZxFgagPZl4

Third ball of the over, guided to wide third man for just one. One is what Kiwis needed and a calm head of Williamson has guided the Black Caps to victory. New Zealand, the better team, clearly deserved to win.

First ball, 49th over: Phehlukwayo bowls short and Santner heaves it to mid-wicket for one. New Zealand need 7 runs in 5 balls

OUT! Here comes the wicket but has it come too late. Slower from Ngidi, CDG tries to clear long-off, miscues it, Faf takes a diving catch over there. New Zealand need 14 runs in 11 balls. de Grandhomme c du Plessis b Lungi Ngidi 60(47)

And that has been hoicked away for four to cow corner region by CDG. He brings up his fifty. What a knock.

200 up for Kiwis. Phehlukwayo bowled a short to a well-settled Williamson at slower pace and got hit for four. Next ball, he bowled a waist-height no-ball, and Williamson pulled it to backward square leg where Ngidi dropped the catch. It would not have been a dismissal but it shows you that Proteas are just not mentally strong enough to pull off the win. New Zealand need 31 runs in 30 balls.

DROPPED! Has South Africa dropped the match, Miller has definitely dropped the catch. CDG hit it over the deep mid-wicket fielder and Miller launched himself, reached the ball but could not hold on to it.

OUT! Morris back on and he delivers. Width given and Neesham cuts, he did not see the wide slip in place, or maybe he knew and thought he could beat Amla standing there, turns out he ended up giving a straight catch to him. Neesham is gone. NZ lose fifth. Neesham c Amla b Chris Morris 23(34)

FIFTY! Another fifty for Captain Kane. It has come off 72 balls. Slow in pace but he needs to stick to the crease and the approach is important at the moment

100 up for Kiwis in the 23rd over, confirming it that this is not the wicket that was going to give us 600 runs today. Ngidi was back in the over and gave away 5 singles. Proteas have 140 more runs to defend and six more wickets to take to win the contest.

OUT! PROTEAS ARE BACK, lovely delivery from Morris, angling across left-handed Latham, produced faintest of edge off his bat and QDK collected one more and started celebrating it. Latham c de Kock b Chris Morris 1(4)

OUT! The game has changed, bowled down the leg stump line, Taylor wanted to glance it to fine leg, ended up edging it to the keeper QDK, who took the catch and started celebrating straightaway. Big, big wicket for Proteas. They are right back in the game. Morris gets his first wicket. Ross Taylor c de Kock b Chris Morris 1(2)

OUT! This is school boy cricket from Guptill, was well set, looking to play his strokes, and the he played a pull, swiveled in the process and in the motion hit the stumps and the bails came off. He is gone, just like that. Guptill hit wkt b Phehlukwayo 35(59)

OUT! Rabada comes round the wicket to Munro and tucks him up, ball angled in to Munro and he evaded it by playing on the leg side, the ball hit the top of the bat and flew in air, Rabada took a good catch in his follow through. Proteas are up and running. Munro c and b Rabada 9(5)

OUT! Phehlukwayo c Williamson b Ferguson 0(5)

Ferguson was a bit embarrassed after picking up the wicket and that's because it was a fortunate one after he bowled a rank full-toss. But Phehlukwayo was struggling for timing and his innings came to an end with a catch to midoff.

Short ball gets Ferguson another wicket. This one was banged in short and wide as Miller went for an upper-cut but failed to find the distance as Boult took the catch at third man.

Markram fails to capitalise on the dropped catch. Another set batsman gets out for Proteas. Markram came down for a drive over midoff but the ball moves away enough to take the outside part of the bat to sweeper cover.

A left-arm spinner's dream. The flighted ball pitched on middle with the drift as Amla went forward for a defensive shot but the ball moved away enough to beat the outside edge and clip the off stump.

FIFTY! Amla gets to the mark with a four. A  whip through wide of midon which could have been taken by Henry but went just wide of him to the fence

A pacer's delight for Ferguson — yorker crashing into bottom of the stumps. Ferguson set this up with a short ball and then produced a 148 kph yorker to beat Faf's outside edge and hit the stumps.

Boult strikes in his first over. A bit of careless batting from QDK results into his downfall. The full delivery nipped back in a bit to escape the bat to crash into the timber. QDK was looking to play a drive but forgot to move his feet.

Good news! Toss will take place at 4 PM India time. Players from both sides are on the field, warming-up for the upcoming tie.

Umpire Ian Gould says outfield conditions have improved at Edgbaston, however, still not ideal for the game to start. Next inspection to take place at 3.30 PM IST.

Umpires will do the pitch inspection at Edgbaston at 2.45 PM IST

Toss for New Zealand vs South Africa match has been delayed at Edgbaston in Birmingham due to wet outfield.

New Zealand vs South Africa LIVE SCORE, ICC Cricket World Cup 2019 Match: NZ win by 4 wickets. Third ball of the over, guided to wide third man for just one. One is what Kiwis needed and a calm head of Williamson has guided the Black Caps to victory. New Zealand, the better team, clearly deserved to win.

South pacer Lungi Ngidi has confirmed he is "100 percent fit" to take the field in their World Cup match against New Zealand here on Wednesday.

South Africa's start to their World Cup campaign has been far from ideal, having lost three opening games and a wash-out tie, with a slew of injuries hampering their progress.

Ngidi played just the two opening games before sustaining a left hamstring injury in a match against Bangladesh.

"It's been tough. Injuries are never nice, but with the support staff that I've had around me it's been pretty good and I've been alright," Ngidi was quoted as saying by the official website of the Cricket World Cup.

"It's just been frustrating not being able to play.

"I've just finished a fitness test today and passed that, so I'm match-fit ready. It's 100 percent. That's how the fitness test goes and if you're not bowling at 100 percent then you're not ready to play," the young fast bowler added.

South Africa had been forced to field a depleted pace attack with legendary fast bowler Dale Steyn ruled out of the entire tournament, while Ngidi sat out of three matches.

The 23-year-old pacer's return is expected to bolster South Africa, who have only an outside chance to make it to the semi-finals after three losses from five games.

In their last match, South Africa finally managed to get a win under their belt after beating Afghanistan and now they would need to win the rest of the league stage matches in order to make the last four, and Ngidi feels New Zealand do have some weaknesses that could be exploited.