India did not have the best day with the bat in hand but they still managed almost 270 on the board. And they won the match as well. Imagine this team coming into full groove, and playing to their full potential.

India are just 2 more points away from SF berth. In the next match, they should cruise into the semis. Tomorrow, Sri Lanka plays South Africa. While the Proteas are out of World Cup, they would like to post a win and ruin Lanka's chances. See you tomorrow at 3 pm when match starts.

Mohammad Shami's figures of 4/16 is now the best bowling figures for India against West Indies in ODI WCs, going past Mohinder Amarnath's 3/12 at Lord's in 1983.

Virat Kohli, India captain: Dhoni knows exactly what he wants to do over there. He had an off day and when he has it, anyone just starts talking. We got to 270 because he was there. We have quite a few players who play instinctive cricket. Dhoni understand and gives feedback how much is par score on the pitch. Last two games, things have not gone the way we thought they would. We have found ways to win. There is a lot of self belief in the changing room.

Jason Holder, West Indies captain: The bowlers did a fantastic job on this surface. Couldn't have asked for more. (On MS Dhoni's dropped catch) It was a crucial moment that we didn't sieze. At the half-way point, we thought we could get there, but obviously it was more than what we needed to do. We've let ourselves down significantly. The bowlers have had a reasonable campaign. They gave a big effort in each game. We've done a fair job, but fielding definitely has to improve. Our batting was inconsistent.

West Indies now out of the semi finals race. Their 6th consecutive Cricket World Cup without reaching the semis. #WIvInd

Virat Kohli, Player of the Match for 82-ball 72

Kohli: I cannot complain. We have just become No 1 yesterday. The key is to continue the same way. I am happy to contribute as well. It is not for me to explain any other batsmen. I am very happy to knock balls around. I think singles and doubles are important. Probably bigger knocks to come.

Largest defeats for WI in ODI World Cups by runs:

West Indies today bowled like champions and batted like a beaten team. They were exceptional with the ball, with everyone but Oshane Thomas tying India down. But their batting was half-hearted and used only half their skill.

And so the West Indies campaign at this World Cup is finally and formally over, 27 days after they last won a match at this tournament. That alone demonstrates that this 10-team format with one pool of teams does not work, and cannot be the way of the future. 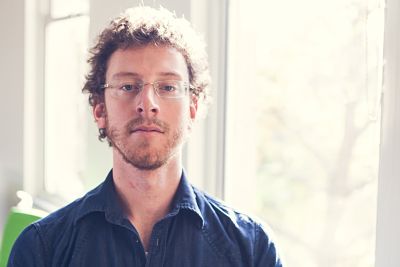 There you go... Shami cleans up West Indies and India are still the only unbeaten side in the competition. They are now on 11 points, second in the table, which is a safe number but not enough to get into semi-finals just yet as there are others who could get on to 11 or get 12 points. Matter of time you would think, especially with that bowling attack. What a treat it is to watch them bowl. The batting though needs some tinkering. Vijay Shankar might not be able to hold on to his spot for much longer, but the mess goes deeper than that.

Well, an interesting moment to end the match. The review was still with the third umpire when the players in the middle started shaking hands, with Thomas confident on the replay that the Shami bouncer had hit the band of his glove as he tried to duck. So the players call the match as being over before the final decision is even made.

Shami runs in hard and bangs it short, it hits Thomas' gloves, ball goes to first slip where Rohit takes a good catch. This time ball was well above the ground. Thomas c Rohit b Shami 6(11).

Windies are officially out of World Cup.

FOUR! Now Roach smashes this half-volley from Kuldeep to the long off region for four runs

OUT! That's the end of Cottrell, Chahal bowled a googly and it was too good for Cottrell who went on back foot and was trapped right in front of the stumps. Cottrell lbw b Chahal 10(8)

OUT! Hetmyer gets a half-volley, outside the off stump from Shami and he was tempted to slap it through the off side but he ended up giving a straight catch to point fielder Rahul, who took a safe catch. Hetmyer c Rahul b Shami 18(29)

OUT! Bumrah strikes again, catches new man Allen leg before the wicket. Allen went upstairs and ball-tracker shows umpire's call on hitting the wickets. He has to go. DRS remains. Golden duck for him. Bumrah on hat-trick. Fabian Allen lbw b Bumrah 0(1)

OUT! Bumrah takes his first. Good length and shaping away from Brathwaite, he edged it behind the stumps, Dhoni was moving to his leg but dived in time to catch it one-handed. Rohit Sharma, at first slip, was impressed by the catch. India celebrate. Brathwaite c Dhoni b Bumrah 1(5)

OUT! Soft dismissal, Chahal flights and Holder hit it standing firm in the crease, he tried to hit inside out and ended up giving a catch to extra cover fielder. Windies five down now. Holder c Kedar Jadhav b Chahal 6(13)

OUT! Kuldeep tosses it up and he has now got the wicket. Pooran went after him and tried to clear the ropes at long off but he could not connect well and has been caught there by Shami. Pooran c Shami b Kuldeep Yadav 28(50)

Kuldeep continues. He almost got Hetmyer on the last ball. Ball struck on the pads. India appealed and umpire raised the finger. Hetmyer went upstairs and the Ultra-edge showed that there was a spike as the ball passed the bat.

OUT! Hardik Pandya has struck here. Pace off the ball and Ambris could not adjust to it, the ball came in to him and struck the pads right in front of the stumps. Umpire Illingworth raised the finger straightaway. Ambris throught for a while and decided not to review it. Ambris lbw b Hardik Pandya 31(40)

OUT! This is a dream. Shami pitches it up, hits the seam and it comes back on sharply, it hits the top of off stump. This is top class fast bowling. Hope had no idea what happened and how it happened. He is gone for 5. Shai Hope b Shami 5(10)

OUT! That is what you call intelligent cricket, intelligent bowling. Shami had left Gayle in two minds on the previous ball, this time he bowls another good bouncer, Gayle tries to break shackles and attempted a pull but he was unsure of the shot, he ended up hitting it straight to the mid-on fielder.
Gayle c Kedar Jadhav b Shami 6(19)

FIFTY! Dhoni has taken his time but he has reached to the land mark in 59 deliveries. And reached there with a four down the ground as he flat-batted his shot to long-on

Shami goes back for duck without troubling the scorers. Cottrell fired in a cross-seamed short delivery as Shami swiveled across to play a pull shot but misjudged the ball and gloved it to the keeper.

Cottrell makes the most of the sluggish pitch with a slower outside off delivery as Pandya played his shot straight to the sweeper cover trying to search for a boundary.

FOUR! Pure power of Pandya! Slower delivery from Brathwaite has been thrashed past him with a flat-batted shot by Pandya

Kohli is devastated and he should. After all, it was such a soft dismissal. It was a half-tracker by Holder and Kohli swiveled for a pull but the low bounce out did him as he placed a dolly into the hands of the fielder at mid-wicket.

FOUR! Good shot by MS! Short and wide delivery and Dhoni hung back to crash it off back-foot past point for his first boundary

Jadhav stretched his arms to feel the outside off length delivery from Roach which nibbled away just a bit. Hope and Windies fielder went up straight away for an edge but the umpire wasn't interested. The UltraEdge, however, on the replays showed a spike, so Jadhav has to go.

FIFTY! After reaching the 20000 career run mark, Kohli has now brought up his half-century in 55 balls. Fourth in this World Cup in a row.

Roach picks up a wicket immediately on his return to the attack. The fuller delivery moved away just a bit to take the outside edge to the keeper while Shankar was behind the line of the delivery. Hope took the catch with a dive to the right.

Beautiful delivery by Holder to clean up Rahul. The ball nipped back from length to clip the top of the stumps. So, no fifty for Rahul, who was caught at the crease and moved forward tentatively.

Big wicket for Windies. India lose Rohit. That was a ripper by Roach as he got the length ball to angle inside, beating the gap between bat and pad. Despite some noise umpire gave it not out. However, UltraEdge showed some spike after a review. Decision reversed. Rohit forced to leave.

Pitch report: "It's the same pitch which was used for the New Zealand and West Indies game. The pitch has a few scratches on it because of the bowlers' follow through. It looks like a good enough pitch. What we know is that you need pace to get a reaction from the pitch. It will spin from the footmarks. With the sun out whoever wins toss they would want to bat first," says Ian Bishop.

Preview: West Indies paceman Sheldon Cottrell has handed plenty of batsmen their marching orders at the Cricket World Cup and seen his unique celebration win an army of followers online.

A serving member of the Jamaica Defence Force, Cottrell's march and salute has been his trademark since bursting onto the international scene in 2013 and the distinct send-off has caught the imagination of fans at the World Cup.

The left-arm quick returned figures of 4-56 in his team's five-run loss to New Zealand on Saturday to take his tally for the tournament to nine.

"It's a military-style salute. I'm a soldier by profession. Me saluting is just to show my respect to the Jamaica Defence Force," Cottrell told the BBC.

"I do it every time I get a wicket. I practised it for six months when I was training in the army," he said.

Among the many videos of the Cottrell imitation on Twitter, a clip of a young boy and girl copying the bowler's salute in a British street has gone viral.

The person who shot the video of the young fans asked the paceman where he could buy a West Indies jersey with his name at the back.

Cottrell responded by inviting the youngsters to the West Indies' next match against India on Thursday, but is concerned about them missing school for the clash at Old Trafford.

"I'm looking into it for you," Cottrell replied on Twitter.

However, not everyone is a fan of Cottrell's flamboyance, with England coach Trevor Bayliss telling ESPNCricinfo it annoys older cricket-watchers.

The Darren Sammy-led side celebrated their World Twenty20 title win with a trademark "Champion Dance" in 2016 just as the 'Gangnam-Style' dance was used during their first T20 triumph in 2012.