Bangladesh squad returns to Pakistan for second leg of bilateral series; first Test to be held in Rawalpindi

Bangladesh lost 3-0 to Pakistan in their last Test series here in 2003, which included the home team’s nail-biting one-wicket victory in Multan.

Islamabad: The Bangladesh cricket squad has returned to Pakistan for the second leg of the bilateral series, which includes its first Test match in the country since 2003.

Bangladesh were originally scheduled to play three Twenty20 Internationals and two Test matches, but agreed to split the tour into three phases because it did not want to stay in Pakistan for a longer duration because of security concerns. 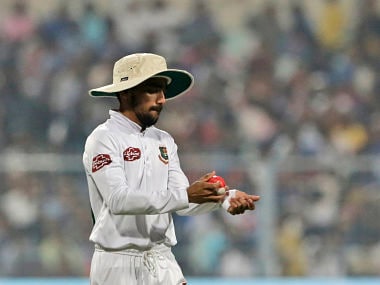 Pakistan won the T20 series 2-0 last month in Lahore, with the third game abandoned because of rain.

Bangladesh lost 3-0 to Pakistan in their last Test series here in 2003, which included the home team’s nail-biting one-wicket victory in Multan.

Leading Bangladesh player Mushfiqur Rahim, who didn’t travel to Pakistan for last month's Twenty20 series, has also opted out of the Test match in Rawalpindi.

A three-member security delegation from Bangladesh, led by retired Major Hussain Imam, met with security officials from the Pakistan government and the Pakistan Cricket Board at the Pindi Cricket Stadium on Tuesday.

The first Test, which is part of the World Test Championship, starts on Friday. Bangladesh will depart next Wednesday and return to Pakistan in April for one one-day international and the second Test match at Karachi.

Bangladesh are the second Test country to tour Pakistan since the resumption of international cricket there.

In December, Sri Lanka toured Pakistan for 16 days and played Test matches in Rawalpindi and Karachi.

It was the first Test series in Pakistan in more than a decade after a terrorist attack on the Sri Lanka cricket team bus at Lahore left eight people killed and injured several players.