Jio 5G welcome offer will provide ‘unlimited 5G data with up to 1 Gbps+ speeds’ to selected users in Mumbai, Delhi, Kolkata and Varanasi. A look at who will be able to avail Reliance Jio's 5G services and what are its benefits

Reliance will rollout its Jio True 5G on the occasion of Dussehra in four cities. PTI (Representational Image)

Reliance is all set to rollout its Jio True 5G on the occasion of Dussehra (5 October) in four cities- Mumbai, Delhi, Kolkata and Varanasi.

For now, the beta trial of Jio’s True 5G service will be available on an invitation-only offer for existing Jio users, Reliance Jio said in a statement.

“Jio has prepared an ambitious and fastest-ever 5G rollout plan for a country of our size. 5G cannot remain an exclusive service available to the privileged few or those in our largest cities. It must be available to every citizen, every home, and every business across India,” Akash Ambani, Reliance Jio Infocomm Limited chairman, was quoted as saying by News18.

The announcement comes in the wake of the launch of 5G network services in the country at India Mobile Congress (IMC) 2022 on 1 October.

What will Reliance Jio offer through its 5G services? Which other companies plan to deliver 5G services in India? Let’s examine these questions in detail.

The Jio 5G ‘welcome offer’ will provide ‘unlimited 5G data with up to 1 Gbps+ speeds’ in the aforementioned four cities.

The telco said in its statement that Jio users will be invited to participate in its beta trials.

As per Economic Times, the invited customers will not be charged an additional amount for 5G data during the beta trial and will only have to bear the cost of their existing 4G service.

Those invited will not be required to change their existing Jio SIM or 5G handset as the service will be automatically upgraded to Jio True 5G.

Those who will get access to 5G services in this beta trial will be notified via SMS and other platforms, reports India Today. 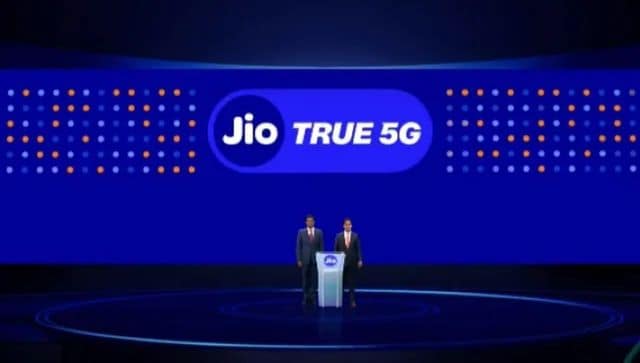 The beta trial of Jio’s True 5G service will be available on an invitation-only offer for existing Jio users. PTI File Photo

The company is already working with smartphone manufacturers to enable Jio 5G on handsets, as per News18.

The trial services will be announced for other cities gradually, the company said.

Moreover, Jio’s beta trial will continue till the network coverage in a city is completed.

Notably, the prices for Jio’s 5G plans are yet to be announced. Reliance Industries chairman Mukesh Ambani had signalled at the IMC conference in Delhi that the 5G services will be affordable.

“Jio is always affordable,” he added.

Reliance Jio has invested a whopping Rs 2 lakh crore to build its 5G network, as per Financial Express.

As per Reliance Jio, True 5G is an advanced 5G network with no dependency on the 4G network as it is built on the standalone (SA) infrastructure.

The company claims its SA network is “far superior” to other 4G-based Non-standalone (NSA) networks, as per Indian Express.

Jio will be the only operator to have the 700MHz low-band spectrum which promises improved indoor 5G coverage. 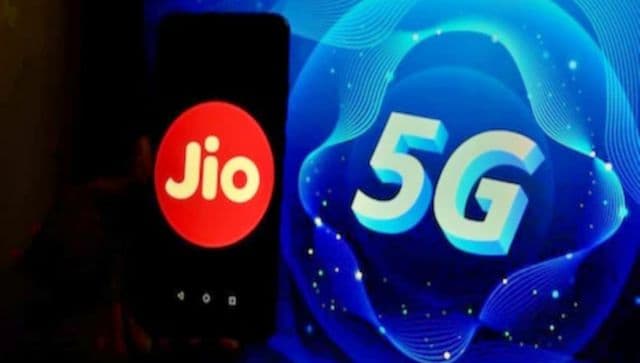 As per BusinessToday.in, the network will have the largest mix of wireless spectrum for 5G across 700 MHz, 3500 MHz, and 26 GHz bands.

“By embracing 5G, Jio will create nation-first platforms and solutions that will transform skill development, education, healthcare, agriculture, and many such sectors, with the promise of enabling a better life for every Indian,” Akash Ambani said in the statement.

Besides a ‘5G-capable’ phone, users will require Over The Air (OTA) or software updates on their devices for the high-speed internet to work, reports Indian Express.

The 5G services will be rendered across more than 200 cities in the coming six months,
Information Telecom (IT) minister Ashwini Vaishnaw said, as per India Today.

“Your Airtel SIM is already 5G enabled. So it will work seamlessly on your 5G smartphone,” the company said as per Economic Times.

Bharti Airtel chairman Sunil Bharti Mitta said at the IMC that the 5G services will be launched in more cities by March 2023 and across India by March 2024.

However, Airtel 5G currently would not work on some phones. As per Times of India (TOI), the 5G services will not be accessible to users of Apple’s iPhone, some Samsung and OnePlus devices for now as these companies have to carry out testing and a software upgrade.

“Currently, 5G will not work on any of the Apple devices and also the vast majority of Samsung’s line-up, except the latter models such as the Flip 4, Fold 4, S21 FE, Galaxy S22, S22 Ultra & S22+, and some versions of A and M series,” a source told TOI.

Vodafone Idea is yet to announce its rollout date for the 5G services.

BSNL, the government-led telecom company, will deliver 5G services from 15 August next year, IT minister Vaishnaw said, as per India Today.

BSNL aims to provide 5G services to 80-90 per cent of the population in around two years.