In September 1962, then US president John F Kennedy made his famed ‘we choose to go to the Moon’ speech in front of 35,000 enthralled spectators.

For all National Aeronautics and Space Administration’s incredible tasks and had some spectacular achievements – slamming a craft into an asteroid and launching a telescope that allows scientists to peer back into the history of the universe come to mind of late – perhaps the greatest remains putting the first man on the Moon in July 1969 a scant seven years after Kennedy’s historic speech.

But did you know NASA is responsible for developing many inventions that regular people use in their daily lives?

Let’s take a closer look at some of these:

Enjoying a good night’s sleep on your mattress and pillows?

Thank NASA for that.

In 1966, still three years away from its most-viewed achievement, NASA’s Ames Research Center, led by engineer Charles Yost, developed temper foam, as per Onlineohio.com. The original purpose of the material, capable of high-energy absorption while being extremely soft, was to serve as protection for airline passengers in case of crash. 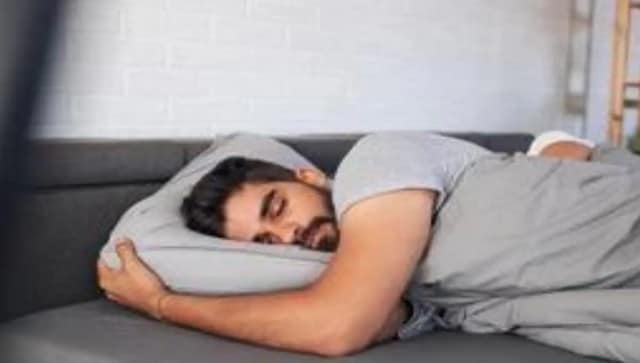 Used from automobiles to amusement parks and of course as an aid to help people slumber, memory foam is one of NASA’s greatest inventions.

Taking a picture with friends or family a dinner out?

The origins of that tiny camera in your cellphone lie with the brains behind NASA.

The agency’s Jet Propulsion Laboratory in the 1990s invented a light, miniature imaging system that required little energy in order to take high quality photographs from space, as per USA Today.

This technology has become standard in cell phone and computer cameras.

While NASA did not directly create the mouse, it funded the research of the Mouse’s developer at Stanford, as per LifeHacker.com.

NASA’s Bob Taylor, who later moved to Xerox and even further developed the computer mouse, was an early champion of the research.

In the 1980s, searching for a way to support astronauts in space, NASA researchers found that strains of microalgae could be used as an oxygen source, waste disposal catalyst, and as a nutrient supply, as per LifeHacker.com

In 1985, project scientists founded Martek Biosciences Corporation to develop their products – now added to over 90 percent of infant formulas sold in the US, as well as 65 other nations.

Of course, this wasn’t always the case.

In the 1960s, after Mercury program astronaut Gus Grissom almost died because his recovery capsule flooded and left his communication equipment shorted out, NASA worked with ITT Labs to develop a portable wireless radio system, as per HowToGeek.com. ITT Labs chose to build a model around one of Planctronics’ aviation headsets, which led to NASA directly working with the company.

All the fancy headphones used today come as a result of NASA’s efforts.

Those cool shades you’re wearing, perhaps while walking slowly and pretending you’re in a Tarantino movie?

The space agency, looking to protect astronauts from ultraviolet light and make their visors more resistant to scratching, NASA researchers, worked with the Foster Grant eyeglass company, as per How To Geek.

The non-scratch coatings made by Theodore Wydeven at NASA’s Ames Research Center have been used in millions of sunglasses and other surfaces.

Going to get checked out at a hospital?

The CAT scans and MRIs come from NASA tech originally used to recreate images of the moon during the Apollo missions, as per USA Today.

In the 1970s, the space agency, seeking safe water for astronauts, developed filtration systems that used iodine and cartridge filters, as per USA Today.

This filtering technology is now standard.

NASA collaborated with Goodyear Tire in the 197Os develop stronger materials for the parachute shrouds used on the Viking landers, as per How To Geek.

When Goodyear used the same material for their tire design, it resulted in the strength of a traditional steel-radial tire being increased by up to five times and tread life getting extended.

Are you lost? Cellphone can’t connect to the nearest tower? Worry not.

The GPS on your phone comes courtesy of NASA tech.

As per Yahoo, the Jet Propulsion Laboratory developed precision GPS with data streamed from its global network of GPS receivers, which is now used by many cellphones.