Zero: Shah Rukh Khan may save Sridevi's special song as a theatre surprise for viewers

Shah Rukh Khan's upcoming film Zero has been creating considerable buzz online. As reported earlier, the film will also mark the last onscreen appearance of late actress Sridevi since she has shot for a song in the film.

News suggests that Khan plans on keeping the song a surprise for his audience and is planning to withhold its release before the film hits the theatres. Quint states that Shah Rukh wants viewers to see the song sequence for the first time during the screening of the film.

Sridevi shot the song in October 2017, along with SRK, Alia Bhatt and Karisma Kapoor. The report adds that the actress will play herself in a party sequence. Kapoor had posted a picture of all of them together on 2 October.

Zero got into legal trouble in the recent past when a petition was filed against the makers, alleging that they had hurt sentiments of the Sikh community. The petition sought removal of certain scenes where Khan is seen wearing a Kirpan (considered one of the holy symbols carried by Sikhs), stating that "display of the Kirpan in such a way is blasphemous."

Also featuring Katrina Kaif and Anushka Sharma, Zero is directed by Aanand L Rai. The film is scheduled to hit the theatres this Christmas on 21 December. 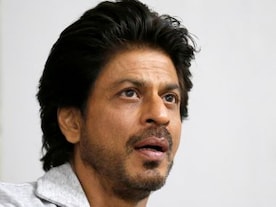