Shah Rukh on Salman Khan's special cameo in Zero song: Very dignified and loving of him

Mumbai: Bollywood superstar Shah Rukh Khan who unveiled the trailer of his upcoming film Zero on the occasion of his birthday on Friday, 2 November, said that he was touched by the gesture of Salman Khan doing a cameo in the film. During the trailer launch of the film when he was asked about how Salman came on board, Shah Rukh told the media: "Anand (L. Rai, Director) has spoken to Katrina (Kaif) regarding this film quite sometimes ago and that time Salman also heard the story."

"Then Salman called and said that there was this story and hear it. The coincidence is that, when finally, I said yes to the film, after that he said that I will be a part of this film for sure, by doing a song. That was very dignified and loving of him."

The film also features Anushka Sharma and Katrina Kaif. It is interesting to observe that after Yash Chopra's Jab Tak Hai Jaan this trio is coming together all over again to execute Rai's vision.

Talking about her journey Anushka said: "This year I am completing 10 years in Bollywood. I made my debut with Shah Rukh and now after 10 years, in 2018 I am doing another film with him, it is so special and this is how life has come in a full circle."

In the film Shah Rukh is playing a character of a dwarf and Anushka and Katrina are playing a physically challenged person and an actress respectively. 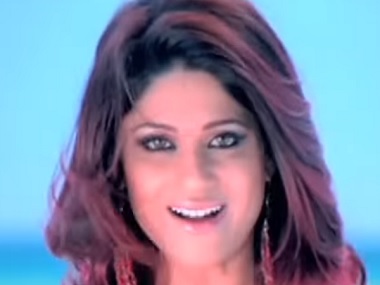