Saif Ali Khan's cult song 'Ole Ole' is all set to get a 2019 spin for his forthcoming movie Jawaani Jaaneman, also starring Tabu. The song, which originally featured in the 1994 romantic drama Yeh Dillagi, will be revamped by Tanishk Bagchi and sung by Yash Narvekar.

Speaking about the recreated version of 'Ole Ole', Bagchi tells Indo-Asian News Service, "It's a fresh new version, but have kept the feel and vibe as the original. Shabbir Ahmed (lyricist) and I have worked on quite a few songs. This one also was written by him keeps the fun element of the song alive as the original."

Tabu tells Mid-Day, "Considering it became a cult song, there is a lot of pressure riding on us as we want the track to resonate with the audience the way the original version did." As per the report, Saif Ali Khan has already shot the number last week.

The original song was sung by Abhijeet Bhattacharya.

Saif and Alaia will play father and daughter, while Tabu has a pivotal role in the movie.

Revealing further about the movie, one of the producers Jackky Bhagnani had told Asian News International, "A fresh script, a fresh cast and a coming together of a fresh team. So expect the unexpected. Without giving away much about the film, the only thing I will say is that if you have laughed, cried or enjoyed with your family, that's exactly what you will do with our film! Nitin sir, with his unique talent to say the best of the stories in the most relatable manner, has truly made a film that we are proud of. I hope the audience loves this film as much as we do."

"Since I have been playing dark roles off-late, the character I play in Jawaani Jaaneman is absolutely refreshing. I loved the script when I read it and I definitely wanted to do this at first go," unveiled Tabu, as per Asian News International. 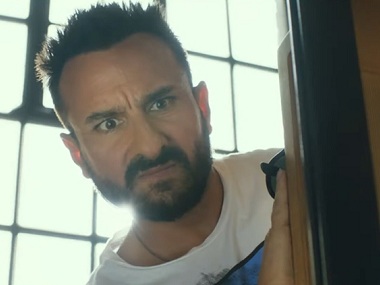