Impressed with Rajkummar Rao's versatility after watching him first-hand in the upcoming horror-comedy Stree, producer Dinesh Vijan, of Maddock Films, has cast him as the lead in another film, Made in China.

Ahmedabad Mirror reports the movie will chronicle the incredibly journey of a struggling Gujarati businessman (played by Rajkummar) as he becomes a prosperous entrepreneur. Made in China will be directed by National Award-winning Gujarati filmmaker Mikhil Musale of Wrong Side Raju-fame. Filming for Musale's Bollywood debut begins from September 2018. The film will be shot in Ahmedabad and across China, reports trade analyst Taran Adarsh.

Rajkummar Rao in #MadeInChina... Produced by Dinesh Vijan... Directed by Mikhil Musale, who had directed the National Award winning Gujarati film #WrongSideRaju... #MadeInChina will be shot in Ahmedabad and across China... Starts Sept 2018... Official announcement: pic.twitter.com/YqJmH1hl3v

“When I discussed the idea of Made In China with my associates there, they seemed as excited as I was which led to us creating the film,” Dinesh told Mirror. "Raj is a versatile and highly credible actor. He has done a fabulous job in Stree. When he was working on that film, we narrated this concept to him and let’s just say he refused to let it go!”

Dinesh was extremely pleased with the success of his 2017 film Hindi Medium in China. The Irrfan Khan-starrer opened to a flying start in the country where Aamir Khan and Salman Khan's films have done brisk business in recent times. Its box office collection surged past Rs 300 crore after its China run.

Meanwhile, Rajkummar and Shraddha Kapoor -starrer Stree is scheduled to hit the screens on 31 August. 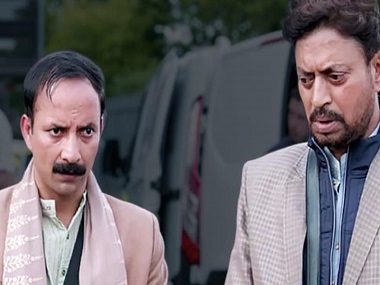