Kim Sharma wished Harshvardhan Rane, who starred in JP Dutta's Paltan on his birthday. The couple had been spotted together on several occasions.

A new poster of Kangana Ranaut's upcoming historical drama Manikarina: The Queen of Jhansi featuring Danny Dengzonpa was released on 17 December. He will be seen as Ghaus Khan, also referred to as Ghaus Baba, the commander of Manikarnika's army and a father figure to Rani Laxmibai's character, played by Ranaut. Ankita Lokhande will be making her Bollywood debut in the film and will essay the role of Jhalkari Bai. Atul Kulkarni will portray Tatya Tope.

Maniesh usually known for his witty repartees, has worked out of his comfort zone for the first time as a Sikh Farmer.
Film is releasing on 28th December 2018.
Director :- Litmus BIG
Starring :- Maniesh Paul pic.twitter.com/uBFQmE882j

Maniesh Paul will be seen as a Sikh farmer in the upcoming short film Banjar, directed by Litmus Big. In an interview with Hindustan Times he had spoken about his character, "I play a farmer in the film, and it isn’t funny at all. It’s a touching story, and is totally different from what I [normally] do. As an actor, when serious roles come to me, I am on cloud nine. [Because] I do a lot of comedy. [Also], I am not offered serious roles in the first place. Being funny might be what is more ‘me’, but I am open to every kind of role."

Working with @boscomartis is always like coming home for me, him and his team are like family for me, I'll never forget how much during "Zara Zara" song from race he pushed me so much he really wanted me to be good, learning to do waves against a wall. 😏😇 In this song Anand rai and boski just really wanted it to be about the joy of dance, dancing for yourself 💃💃 #husnparcham Video - @kibbootzfilms A post shared by Katrina Kaif (@katrinakaif) on Dec 16, 2018 at 10:02pm PST

Katrina Kaif, who will be next seen in Zero alongside Shah Rukh Khan and Anushka Sharma shared a behind-the-scenes video of her rehearsing for the song 'Husn Parcham'. The video ends with the actress panting and laying down on the floor while her team mates cheer her on. The video of the song was released on 12 December.

Dear Forever I still remember celebrating your birthday on Tujhe Meri Kasam sets.. 17years ago.. Time flies and I have had the opportunity to celebrate so many of your birthdays through all these years..Your birthday will always be most special to me cos it’s the day the world got its best creation and that creation is my partner through thick and thin.. I Love you and i will take every opportunity to remind you of how much I do.. Happy Birthday @riteishd

Genelia posted an adorable photograph of herself with Riteish on Instagram and wrote a sentimental caption along with it. The couple, who has featured together in movies like Masti and Tere Naal Love Hogaya, tied the knot in 2012 and welcomed their first child, a son named Riaan, in November 2014. Their second son Rahyl Deshmukh was born in June 2016. They recently reunited onscreen after four years for a song 'Surf Laavun Dhuvun Tak' in the latter's latest released Marathi movie Mauli. 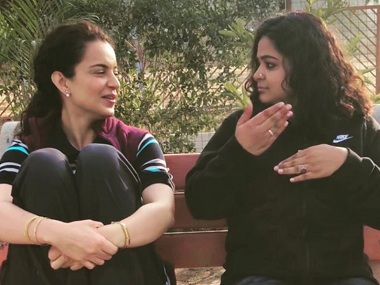