Karthi on sharing the screen with sister-in-law Jyothika in Thambi, Kaithi sequel, and progress on Ponniyin Selvan

Debuted in Paruthiveeran, Karthi has earned a name for himself with his content-driven films and unique characterization. In a group interaction, the actor opened up on how he selects his scripts.

"I started my career as an assistant director to Mani Ratnam sir, so the first thing I look out in a script is an exciting core plot. Otherwise, there is no point in spending six months of your life on a particular film. Yes, there are instances where only 30 percent of the script comes on the screen, but at least I know that the script was good. If a filmmaker is really good at execution, he can exactly convert his script to screen. I can't judge a director based on the narration but can gauge the potential of the script. That is the best an actor can do."

Karthi was initially hooked by the idea of Thambi but didn't have any plans to rope in Jyothika. "Slowly, the sister character became powerful and pivotal in the film. Only then, we approached my sister-in-law Jyothika and she readily agreed. Though Thambi has sentiment, action, comedy, and a thrill factor, the underlying emotional current will engage and attract the audience. I can't reveal more about the storyline now, but as you know my choice of scripts, I agreed to this film only because there's something unique here beyond the usual sister-brother sentiment. For example, Paiyaa is a usual romantic film but the travel of the lead pair in a car became the talking point. Thambi has also got a unique factor, but I can't divulge it now," he added.

Karthi and Jyothika in a still from Thambi. Image from Twitter

Talking about sharing screen space with his real-life sister-in-law Jyothika, Karthi said, "Even on the sets, she behaved exactly like how we interact at home. Since she has been in the industry for more than two decades, she prepares a lot before her shot, by learning her lines in advance. She also maintains punctuality throughout the shoot."

Karthi says that he initially thought that Jeethu Joseph is a serious filmmaker and a tough person to work with mainly because of Drishyam. "After watching Drishyam, I thought Jeethu Joseph will be serious on the sets. To my surprise, he handled humor and emotional scenes effortlessly but whenever the film shifts to the thriller genre, one could see his enthusiasm on the sets. Thambi is a multi-genre film, it has all elements with subtle treatment."

"In my career, I have worked mostly with one-film-old filmmakers so I had to monitor their execution skills. But with directors like Jeethu Joseph, all I have to do is to concentrate on my acting. He knows his requirements and extracts the best out of his actors. Another good thing about him is he is open to inputs. From lightman to actors, he gets the right suggestion. Also, on the spot, we dissect the scenes with assistant directors, actors, and cinematography team. It was a new experience for me," added the Kaithi actor.

Karthi also said that each and every actor in Thambi got an equal scope. "The performances of the lead actors will be the biggest strength of the film. Sathyaraj sir, Sowcar Janaki mam and Ilavarasu sir have played key characters in Thambi."

On his new long hairdo, Karthi says "This new look is for Mani Ratnam's film. A lot of legendary actors like MGR and Kamal sir tried to adapt the renowned novel Ponniyin Selvan to the big screen. Even Mani sir attempted once, so I feel privileged to be a part of this historical magnum opus. I'm also excited about working with my Guru again for the second time".

Before signing off, Karthi also opened about the possibilities of Kaithi 2. "I always wanted to do a full-fledged action film. Finally, it happened with Kaithi and the reception we got for the film was overwhelming. Currently, Lokesh is busy with Vijay sir's film. Once he locks the script of Kaithi 2, we will officially announce more about the project".

Thambi is all set to release on 20 December. 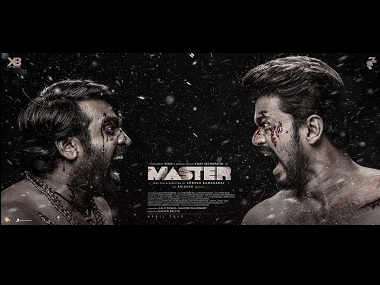