Kangana said that the Central Board of Film Certification demanded that the word 'mental' be removed from the title which led to a series of suggestions, which included Bobby Mental Hai Kya (Bobby is Kangana's name in the movie) and Sentimental Hai Kya.

"My character's name is Bobby Grewal Batliwala so we thought of calling the film by my character name. Then, there was one called Bobby Mental Hai Kya. The title should also give out the nature of the film. And it's a tedious process to get the title. We had a few other suggestions like Sentimental Hai Kya which came up," she said in a press statement. However, Ekta Kapoor said that Sentimental Hai Kya was not aligned with the film's theme.

The other title considered was Bobby, but RK films already own the rights to that name and the makers were unable to get it. The makers then zeroed in on Judmentall Hai Kya, since the title reflected the film's aim at dispelling prejudices.

"Things were getting complicated and I was like let's go with whatever sails our boat because we had already shifted three release dates and I didn't want to delay it any further. All the other big days are completely choc-a-bloc. Then, Judgementall Hai Kya happened and even the Censor was happy with it. They also agreed that it went nicely with the concept of our film which is aimed at the prejudices and the ways we judge people who behave differently. There were a few from the team who had an objection to Judgementall Hai Kya because they felt it wasn't doing justice to what we want to show. They felt we are compromising on our film. But they were very few in number so they were in the minority," Kangana said.

The makers also released an official statement on the changed title: "Given the sensitivity attached to the issue of mental health and our intention of not offending or hurting anyone's sentiments, the makers have decided to change the title of the film Mental Hai Kya to Judgementall Hai Kya. Both Kangana and Rajkummar have outdone themselves in this thriller and we can't wait for audiences to witness it on the big screen. CBFC has cleared the film with U/A certification with minor changes, which the makers are happy to comply with." 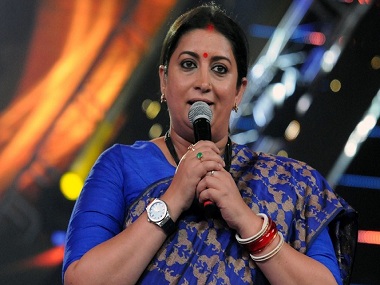