Janhvi Kapoor has wrapped up the shoot of her maiden biopic titled Gunjan Saxena – The Kargil Girl.

The actor took to her Instagram to announce the news and shared some behind-the-scene photos. She writes, "I don’t think there will ever be one as pure, honest, adventurous and memorable as this one."

The movie is based on Gunjan Saxena, who is one of the first female pilots to fly in combat. She rescued soldiers during the Kargil War in 1999 and was honoured with the Shaurya Vir award for displaying courage and grit during the war.

Gunjan Saxena: The Kargil Girl is scheduled to hit theatres on 13 March, 2020.

Spent two days trying to think of a caption that’ll do justice to what this experience has meant to me but nothing sums it up. It’s a film wrap and I feel blessed to have been on this special journey, and through it to find my best friend @sharansharma - like you say it’s all about the process; and I don’t think there will ever be one as pure, honest, adventurous and memorable as this one. Can’t wait for you guys to see it ❤️

Bankrolled by Ali Abbas Zafar and Zee Studios, Khaali Peeli is scheduled to hit the theatre on 12 June next year. 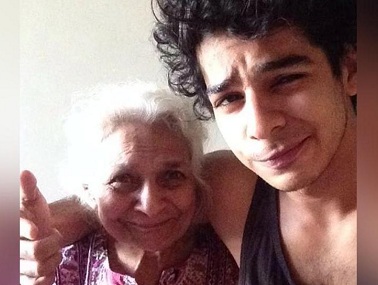