A day after launching the first poster, the makers of Jai Mummy Di have unveiled the official trailer of the movie.

Starring Sunny Singh and Sonnalli Seygall in the lead, the trailer encapsulates the madcap journey of two lovers struggling to keep their affair secret from their obsessive mothers.

As the title hints, Jai Mummy Di is a witty and entertaining family comedy that revolves around the sweet and sour relationship between the mothers of the protagonists, and how it affects their romance.

Sunny and Sonnalli play Puneet and Saanjh, respectively, who are in love. But their mothers Laali and Pinky (Supriya Pathak and Poonam Dhillon, respectively), who used to be best friends back in the day, have turned sworn enemies now.

In order to upstage Laali, Pinky fixes Saanjh's marriage to a rich boy without her knowledge. Upon learning Pinky's plan, Laali too wants to get her son married to a prospective bride.

Jai Mummy Di is written and directed by Navjot Gulati. It is presented by T-Series’ Bhushan Kumar and Krishan Kumar, and produced by Luv Films’ Ranjan and Ankur Garg. Jai Mummy Di is slated to releases on 17 January, 2020. Sunny and Sonnalli previously starred together in Luv Ranjan-directed Pyaar Ka Punchnama 2.

This year, Singh was seen playing a balding man struggling with confidence issues in  Ujda Chaman. He also made an appearance in the recently-released Pati Patni Aur Woh, alongside his Pyaar Ka Punchnama co-star Kartik Aaryan. 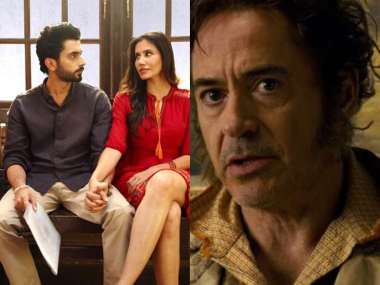