In Raabta, water is an important element: All you need to know about Sushant-Kriti’s epic love saga

Sushanth Singh Rajput and Kriti Sanon's dazzling chemistry in Raabta isn't the only thing that intrigued us when the trailer was unveiled recently.

The film, directed by Dinesh Vijan, dabbles with reincarnation and explores two different time-frames, a concept that has stood the test of time in Indian cinema.

Right from the days of Bimal Roy's Madhumati to Shah Rukh Khan's Om Shanti Om, writers and filmmakers have weaved innumerable stories based on reincarnation; however, Raabta pushes the envelope even further.

Siddharth Singh and Garima Wahal, who wrote the script, are confident that they have cracked the code to stun the audience with their new spin on an all too familiar story. The duo had first met filmmaker Dinesh Vijan back in 2012 when their debut film Sanjay Leela Bhansali’s Ram-Leela was still under production. By then, Singh and Wahal had already built a reputation for themselves having worked on quite a few TV serials. Ram-Leela was their ticket to fame in Bollywood and the success of their debut film opened plenty of doors.

"When we first shared the idea of Raabta with Dinesh, he was quite skeptical," Wahal laughs, recalling her meeting with Dinesh. But then, he eventually decided to take the plunge and bring Siddharth-Garima's story on to the big screen. "The idea we were trying to explore was — 'What if two people in today's time suddenly realise that they belong to another era and know each other for a very long time.' What if the two lovers were Heer-Ranjha, Romeo-Juliet in another era. That's how Raabta's journey began," Wahal adds.

Ever since the trailer of Raabta released, the two are well-aware about the buzz on social media that it seems to be inspired from films like SS Rajamouli's Magadheera, Dangerous Ishq and Hamesha to name a few. "There's a saying that there are only seven plots in the world. We picked up a cliched subject of reincarnation, which several filmmakers like Rajamouli, Chetan Anand have dealt with in the past, and looked at it from a modern-day perspective. People will say that Raabta reminds them of several films like Magadheera, Dangerous Ishq and so on. But then, Romeo and Juliet is a subject which has been adapted time and again, like Reshma Aur Shera and  Baz Luhrmann's Romeo+Juliet. The challenge lies in how we break the stereotypes and create something unique," Singh avers.

Incidentally, to write the script of Raabta, Siddharth-Garima spent quite some time in Goa, Alibaug and Murud Janjira. There’s a reason for it - Water.

"Water is an important element in Raabta and we wanted to use it in the backdrop. People might come and go, but like mountains and nature around us, water is just there forever. When you spent time close to a water body, it has a soothing effect on you. We wanted to be in that zone especially while writing the portion, set in a different time-frame, that you see in the trailer. It's something we created from our imagination. It's easier to weave something like that when you are closer to the nature," Wahal shares.

If rumours are to be believed, the characters in the film are either in the sea or on the banks. 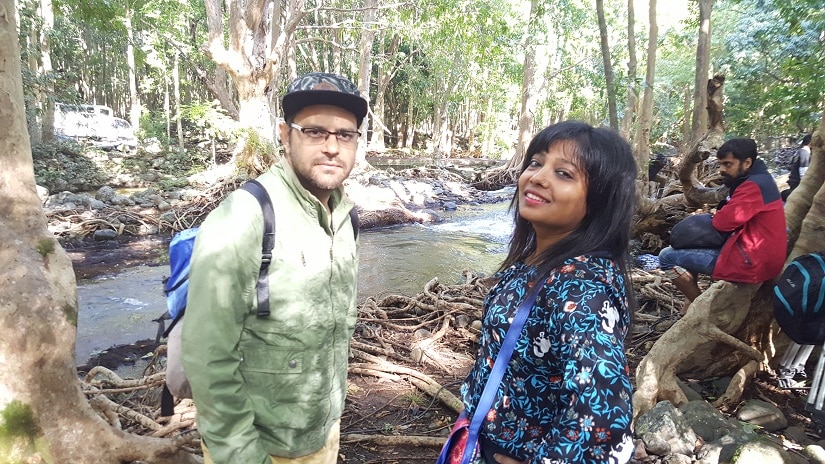 Screenwriters Siddharth Singh and Garima Wahal during a river shoot in Mauritius for Raabta.

The writers were so particular about the world that they were trying to conjure from their imagination that they even spent a lot of time to come up with the names of characters.

"We are mentally trained to associate any given name to religion and we didn’t want that to happen in Raabta. For the record, we also created a fictional language, which is inspired from old Hindi, a bit of Maithili. It’s too early to talk about what all we’ve done, but we are pretty excited about it," Wahal reveals. 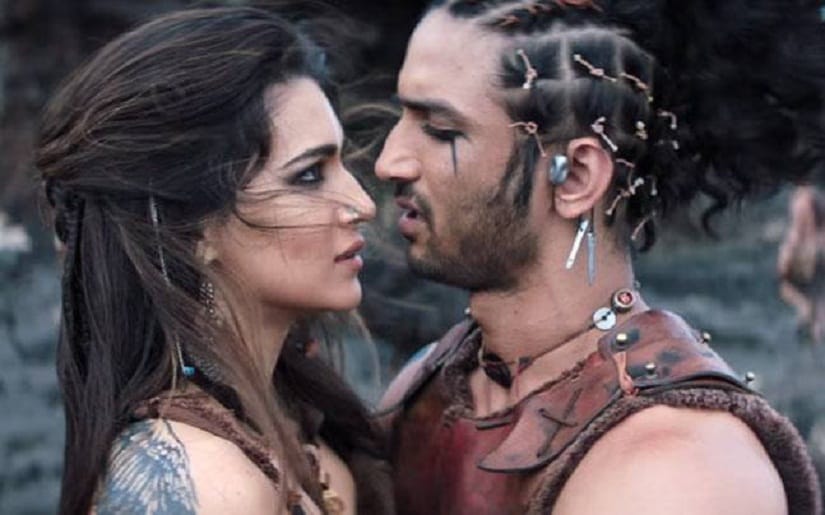 So far, the two have worked on Ram-Leela, Brothers, and Bajirao Mastani for which they wrote the lyrics. Raabta is their second epic love story and it's a genre which they admit relating to a lot.

"We feel that in the last 10 years, our cinema has moved from being epic to being very real. We want to shift the focus back to cinema that’s larger-than-life. This is what we as movie buffs are trained to watch because of our influences over the years. Take filmmakers like Chetan Anand, Vijay Anand, Ramesh Sippy, Basu Bhattacharya...they've all made some truly cinematic masterpieces," Singh confesses.

Currently, the duo is looking forward to their next film Toilet - Ek Prem Katha, which is based on a true story.