Ghost in the Shell: Before the movie, how the manga and anime reinvented cyberpunk fiction

There are very few movie opening scenes more visceral than the opening title sequence of the 1995 animated movie Ghost in the Shell. Kenji Kawai’s brilliantly haunting music comprised a mix of Bulgarian harmony and traditional Japanese notes set against a backdrop of green digits that look like computer code floating in space, as a (female?) cyborg awakens. That moment and the eventual release of the movie to worldwide audiences in 1996 (Ghost in the Shell was director Mamoru Oshii’s take on Masamune Shirow’s manga of the same name) was a defining moment for animated cinema.

Japanese animation had become popular across the world since the 1960s; when Akira hit American screens in the late ’80s, it was an eye-opener to Western audiences, but Ghost in the Shell (GITS) was the true game changer. It confirmed what Japanese fans of manga and anime knew all along — that Japanese manga was internationally bankable and that the Japanese animation industry had developed into something technically far advanced than anything else the entertainment world had seen. An entire generation of anime lovers was waking up to something spectacular, and to the gradual realisation that anime (technically, a cartoon) wasn’t just cute and cuddly anymore, that it wasn’t just meant for kids anymore.

The movie’s lasting influence is evident — from the Wachowskis’ use of the green computer code screen a few years later for The Matrix to Westworld’s making of the hosts (someone even used the GITS theme for the Westworld host-making sequence, and it’s magic!). Now, over 20 years after the original movie released and nearly three decades after the manga was first serialised, Ghost in the Shell will hit movie theaters in a whitewashed live-action movie starring Scarlett Johansson as Motoko Kusanagi — the aforementioned cyborg, dealing with crime, criminals, and the realisation that her life (if you can call it that) was stolen when she was “saved” and made into a cyber-enhanced crime-fighting machine! As a fan of the original manga and the anime, I’m excited but wary about this modern retelling. Why, you ask? Let’s look at GITS’s iconic history to understand this wariness better, shall we?

To understand the importance of Ghost in the Shell as a manga, it’s useful to acknowledge the era that gave birth to it. In 1989, when the manga was first serialised, Japan was in the throes of an economic and cultural boom that had convinced people around the world that Japan would buy America (no, really, people actually thought that). Anime and manga had become firmly entrenched in Japanese popular culture as major forms of entertainment. The ’80s was the decade that the so-brilliant-it-hurts Studio Ghibli was formed by Hayao Miyazaki, Isao Takahata, and Toshio Suzuki. By 1989, the studio had released My Neighbour Totoro and Grave of the Fireflies; Super Mario Bros., Astro Boy, and Akira had become super successes worldwide, and Nintendo had come of age. Steampunk animation and the growing popularity of science fiction, combined with Japan’s economic shift from agriculture, manufacturing, and mining to telecommunications and computers (with an emphasis on processing) meant that, at the turn of that decade, when Masamune Shirow first introduced us to Motoko Kusanagi aka Major (the squad leader of Public Security Section 9, with her extraordinary hacking skills and her ability to thermo-optic camouflage, making herself invisible), manga would never be the same again!

A three-part collection, the first part of the GITS manga was 11 chapters long and titled Mobile Armored Riot Police in Japan. The main plotline revolved around the Major helping a special ops team capture the Puppeteer (called the “Puppet Master” in the movie), who can effectively hack into the brains of humans and cyborgs, to make them do his bidding. It opens with a nefarious diplomat, who a group of cyber technology specialists have to deal with. Daisuke Aramaki, the chief of Public Security Section 9, has his troops storm the building that the diplomat is in, but they’re stalled. Because diplomacy. The Major’s answer to this — she(?) blasts the diplomat to smithereens, as a lesson to all diplomats — cyborgs DGAF! This was the first scene post the title-sequence-illustrating-the-birth-of-the-cyborg in the 1995 movie — with a lot more gore on screen. Through Shirow’s manga, the Major’s story continued in Ghost In The Shell 2: Man-Machine Interface and Ghost In The Shell 1.5: Human-Error Processor (which, like The Lion King 1 ½, falls between the events of Volume 1 and Volume 2; unlike The Lion King 1 ½, it was not an “irreverent gas”). Unlike Shirow’s other cyberpunk manga (Black Magic and Appleseed, which he had already published by the time he wrote the first volume of GITS), Ghost in the Shell has continued to be a lot more accessible in the way it deals with the effect of cyborgs on humans, and their interactions in human society in the near future.

While Masamune Shirow’s style of manga was complex, with detailed descriptions of computer security and a well-nuanced political commentary, it was also somehow light-hearted. Many of the scientific descriptions that Shirow emphatically laid out were, as Frederik L Schodt (who translated the entire GITS series for English speaking audiences) amusedly found out, things that Shirow had completely made up! In the manga, the Major was depicted as an exuberant and energetic character, with an interesting combination of intellect and warmth about her. Even more interesting was the fact that, unlike other artificially intelligent characters from sci-fi literature, movies, and TV shows (eg the automatons from Asimov’s I, Robot; the replicants from Blade Runner; or the cylons from Battlestar Galactica), and the constant struggle with identifying whether or not they actually have a “soul”, Motoko Kusanagi knew exactly what she was. And Shirow deftly used this understanding to further explore her inherent humanity, thereby allowing her to find her inner self.

Cue circa 1995-96 and the movie Ghost in the Shell released; for eager fans of the beloved manga, this had been a long wait — only to find out that the Major was now portrayed as a stoic, brooding she-cyborg (as if she were harbouring a deep dark secret all her own).

This deep dark secret, which was essentially illustrated by her introspection into her life as a cyborg, set the movie apart from Shirow’s manga. Robert Ito writes for The New York Times, “Mr Oshii ditched the wisecracks and technical esoterica for a lyrical, atmospheric film set in what looks like Hong Kong, its rainy, neon-lit streets teeming with humans and robots and combinations thereof. The Major is great at her job — snapping a guy’s ankle in her bare hands, staying cool when there’s nothing left of her but her head and torso — but wonders what would become of her “ghost” if she ever left her government job and had to give back her augmented brain and cyborg body (if, that is, it was not hers to begin with). “There wouldn’t be much left after that,” she says.” Or would there?

Fast forward 22 years and the live-action remake of GITS has so much history and genius to live up to, it’s almost unfair. The movie will, apparently, draw from the manga, the movie, and the TV series (Ghost in the Shell: Stand Alone Complex, which existed in an alternate universe and timeline from the others). In one of the seasons of the TV series, the main bad guy tries to manipulate public opinion to make the refugees in Japan (the timeline for this is between the third and fourth World Wars) seem like a menace, in order to achieve his ulterior motive, which is to remilitarise Japan. If you think that sounds eerily familiar in the Trump-Bannon era, you’re not mistaken — GITS always managed to combine cyberpunk technology with future politics. The trailers for the new movie suggest a loyal homage to all the previous versions — the murderous geisha feels very Stand Alone Complex and the birth scene is almost certainly director Rupert Sanders’ ode to Mamoru Oshii’s 1995 classic.

But it’s been riddled with controversies from the moment the movie was announced. Or rather, from the moment it was announced that Scarlett Johansson would play Motoko Kusanagi. The uproar over whitewashing is arguably justified, but with Oshii having blessed the casting and the average Japanese person apparently being oblivious to it, the long-standing manga and anime fan’s wariness is centered more towards the actual execution of the story. The new movie will be sort of like the culmination of nearly three decades of Ghost in the Shell brilliance in our lives. But the movie cannot just stand on the shoulders of giants and claim to be one. Manga purists now have the re-released hardcover deluxe edition (with Japanese style right to left panels, natch!) to add to their collections. The TV series, when you re-watch it now, has so many Trumpian overtones, it’s as if the creators had a The Simpsons-like prescience for such things. And as for the original movie from 1995 — just go watch that opening sequence once again. It’s poetic and gorgeous and breathtaking even now. Will the 2017 remake bring out the same visceral reaction within me 22 years from now? Only time will tell. I have my fingers crossed! Red Beard, the last Kurosawa-Mifune collaboration, is a film for these times — it’s about healing and hope 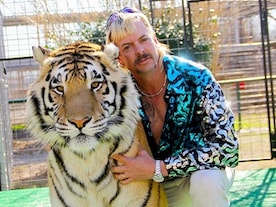 How to view 3D animals in AR with Google search