Five years ago, during a roundtable interaction on Film Companion, the cast of Zoya Akhtar's Dil Dhadakne Do were asked one skill that is imperative in an actor's repertoire. Shefali Shah responded by saying,

"If an actor is supposed to be a piece of furniture in a scene, they should be just that."

Shah's statement stands true to almost every performance of hers, where she thrives in silence more than mouthing verbose dialogue, from Neeraj Ghaywan's 2017 short film Juice to Kanwal Sethi's 2018 romantic drama Once Again. 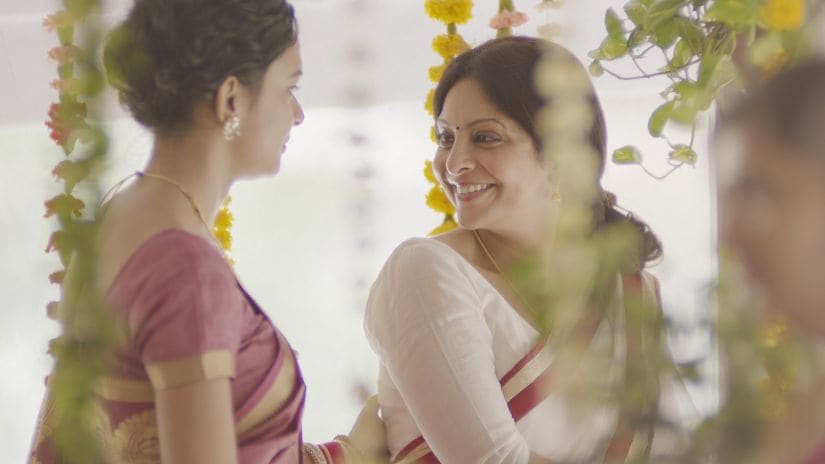 Shefali Shah (right) in a still from Once Again

"I feel silence is much more powerful than words. I'm one of the few actors who asks the director to cut all her lines. The visual medium gives you the luxury of a camera, a close-up, a visual context. It's not like a radio play. I can see it then why should I say it? And if you can't show it, then I don't think you can be in this profession," Shefali said in an exclusive interview.

Silence is not to be confused with not being in the spotlight. As she has proven, one can speak volumes with silence. But both these facets are similar in the way that they have not been a part of a mainstream actor's arsenal for decades. For example, The Angry Young Man has to channel his anger through verbosity.

For decades, the shorter appearance of a mainstream or well-known actor in a film has been passed off as a 'guest appearance,' a 'friendly appearance,' a 'special appearance,' or a 'cameo.' These are merely euphemisms or tools to mask the insecurity of an actor. Sure, by taking on a role without the crutch of any of these credits, the actor runs the risk of being dubbed 'wasted' in the film. But one is not really a 'waste' when one's role is a piece without which the jigsaw puzzle would remain incomplete. It is a 'waste' when their presence is forced into a film for the sake of short-term attention.

The examples are too many to count. Let us take Karan Johar's films for instance. There have been several blink-and-miss cameos like John Abraham in Kabhi Alvida Naa Kehna and Alia Bhatt in Ae Dil Hai Mushkil (do you even remember these?). But let us compare the roles of Rani Mukerji and Kajol in his filmography. While Kajol was the lead in his first two films, Kuch Kuch Hota Hai and Kabhi Khushi Kabhie Gham..., Mukerji played a supporting role in both. Her appearance in the second one could have been lost in the ensemble cast. However, with the aid of a short yet significant role, she held her own.

For long, Kajol had been considered Johar's 'lucky mascot,' owing to her cameos in the songs of Kabhi Alvida Naa Kehna, Kal Ho Naa Ho, and Student of the Year. But the director scored a blockbuster even in the subsequent film that was devoid of a Kajol cameo, Ae Dil Hai Mushkil. The superstition and signature stamp should give way to an actor organically fitting into the narrative, like in the case of Dimple Kapadia in Homi Adajania's filmography.

Veteran actress Dimple Kapadia has been considered a muse of filmmaker Homi Adajania, though he insisted he signs her because otherwise "she would kick my arse." But her appearances across his filmography are not aimed at short-term impact but to fill a narrative gap. Whether it is Being Cyrus, Cocktail, Finding Fanny or most recently Angrezi Medium, Homi has given Dimple some of her best recent roles, that too in ensemble films.

Pankaj Kapur, Dimple Kapadia, and Deepika Padukone in a still from Finding Fanny

"I'm grateful to all the actors who pop in and out of the narrative in Angrezi Medium. They are all secure actors who get their respective roles in carrying the narrative forward," Homi said in an exclusive interview. A lot of these actors in the film agree they did the part also because of the goodwill of the leading man Irrfan Khan, who is currently seeking treatment for neuroendocrine tumour. But what was refreshing was they were not reduced to 'friendly appearances' in the credits of the film.

Kareena Kapoor Khan is an ideal example of why a star should not pay heed to the screen time in a film, and decide to play a character because that is the demand of the script. In Angrezi Medium, her role is imperative to the script because she is the threat, and also her part ends up emboldening the emotional spine of the film. In 2014, filmmaker Anurag Kashyap said on an episode of Koffee with Karan that Kareena should start asking 'what's in the film' rather than ' who's in the film.' While she may have rejected a lot of great films by that logic, she seems to be making amends with her short yet significant stints in films like Angrezi Medium and Abhishek Chaubey's Udta Punjab.

Another scene-stealing appearance in Angrezi Medium was Pankaj Tripathi's. Pankaj Tripathi has become the most sought-after actor in Hindi cinema today only because he has chased characters, not judged them by how long his face remains on the screen.

A month before that, in Nitin Kakkar's coming-of-age comedy Jawaani Jaaneman, Saif Ali Khan and Alaya F's story would have remained incomplete had Tabu not agreed to do a short appearance as the missing link in their relationship. Tabu (centre) in a still from Drishyam

Last year, Siddharth Anand's spy drama War turned out to be the biggest Hindi blockbuster. Much of the success was attributed to the 'casting coup' of Hrithik Roshan and Tiger Shroff as mentor-protege. Certainly, casting coups are still a major draw for the Bollywood audience but Ayushmann Khurrana's confession that he could not find a fellow hero for Shubh Mangal Zyada Saavdhan explained why there could never be a 'Once Upon A Time In Bollywood.'

However, for Khurrana to promote his co-star Jitendra Kumar as a 'parallel lead' rather than a supporting actor in Shubh Mangal Zyada Savdhaan, also showed his security as an actor. After all, Jeetu was the 'victim' of the taboo addressed (homosexuality) which is otherwise reserved for Khurrana in all his other films, like Vicky Donor, Shubh Mangal Savdhaan, Badhaai Ho, Dream Girl, and Bala. In fact, Khurrana played the instigator, a role taken on by Bhumi Pednekar in Bala, in Shubh Mangal Zyada Savdhaan, enabling Jeetu to play an equally meaty part. In the recently released Kaamyaab, an ode to the character actors of Bollywood, Sanjay Mishra says a character artiste is like aaloo (potato), which can be added to any preparation in the kitchen. It is now time that stars agree to be the aaloo while giving space to supporting actors to become the delicacy. Po-tay-to, po-tah-to, right?